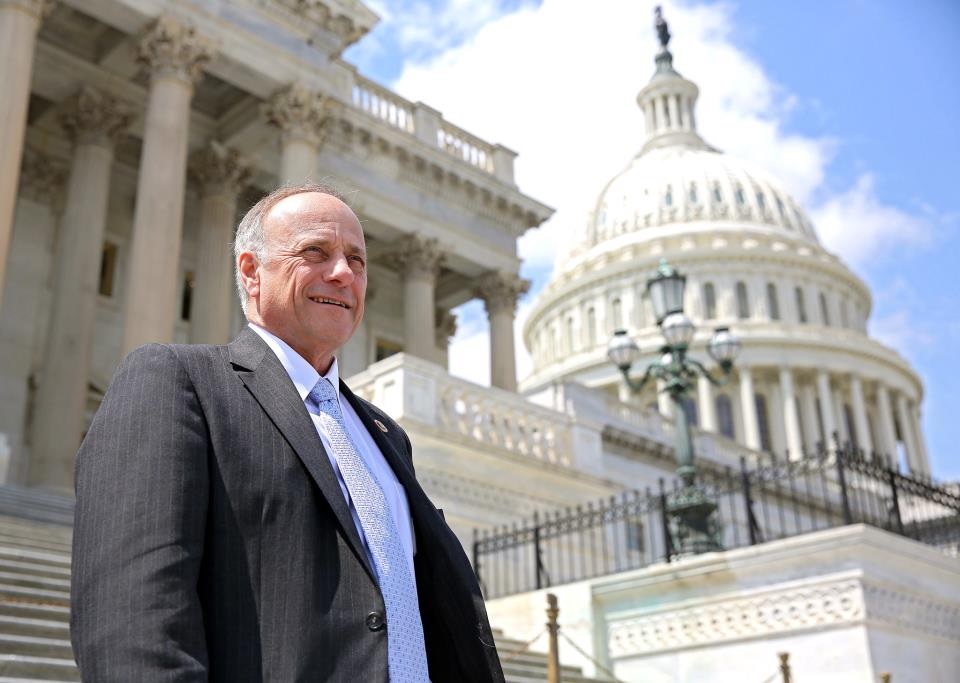 A telephone call left by The Associated Press with the King campaign wasn’t immediately returned.

King has faced criticism from Republican officials and lost funding from business group after he tweeted support for a white nationalist candidate for Toronto mayor and praised a nationalist party in Austria with Nazi ties. Most of the criticism came in light of a deadly shooting at a Pittsburgh synagogue.

King says media reports have been inaccurate and unfair.

King usually wins re-election by a wide margin in the conservative 4th Congressional District but his Democratic challenger this year, J.D. Scholten, is well funded and has run an energetic campaign.