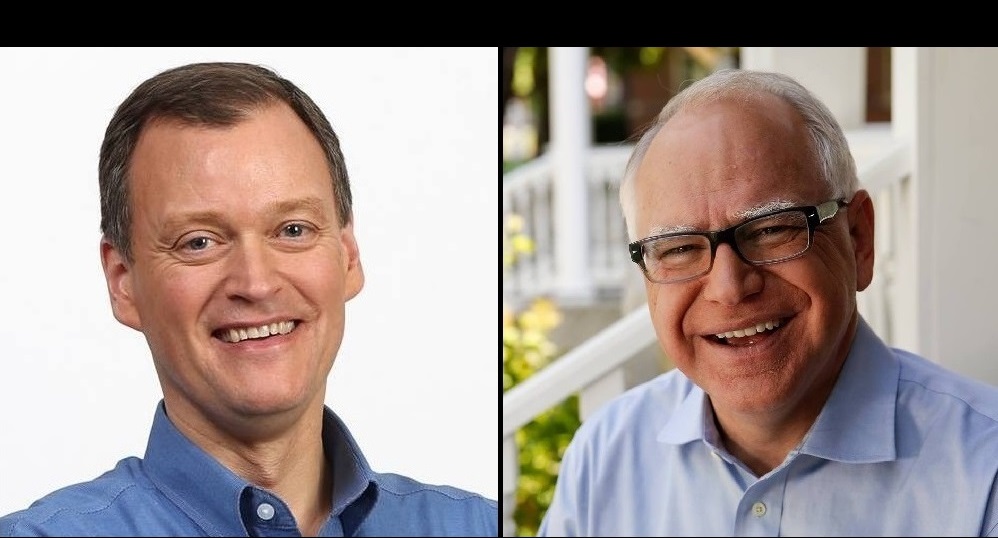 ST. PAUL, Minn. (AP) — While Democrat Tim Walz pushes for a public health care option and Republican Jeff Johnson aims to pare back parts of the Affordable Care Act, Minnesota’s next governor will face a basic math question next year: How will the state keep paying for its programs?

On the first year of the job, Walz or Johnson and a new Legislature will consider the fate of a 2 percent tax on medical providers that expires at the end of the year. It contributes hundreds of millions of dollars toward two health care programs that cover nearly 1.5 million poor Minnesotans.

They’ll also weigh renewing a $549 million program that stabilized insurance premiums after years of double-digit increases for residents who buy their own coverage. A top state regulator is calling for action in the first few months of 2019. Failure to do so could cause another round of rate spikes.

Combined with previous budgetary maneuvers agreed by outgoing Democratic Gov. Mark Dayton and Republicans, more than $2 billion in a new state budget and health care for millions of Minnesotans is up in the air. The answer will start with voters, who in November will choose a new governor, all 134 House members and a single state Senate seat that will determine control of that chamber.

“We have huge challenges, regardless of who wins the election,” said Democratic state Sen. Tony Lourey. “People’s lives hang in the balance of this conversation. That’s not an overstatement.”

Health care debates are front and center in Minnesota and nationwide, as Democrats fight to regain control of the House and Senate in the midterm election. It’s a similar script in Minnesota’s open race for governor. Walz is a fifth-term Democratic congressman from southern Minnesota running against Johnson, a Hennepin County commissioner who lost to Dayton in 2014.

Johnson is campaigning to remove some regulations in Minnesota’s health care market that he says should increase competition and lower prices. That includes dismantling MNsure, allowing insurers to sell policies across state lines and eliminating some of the conditions insurance plans must cover. Johnson said he couldn’t list which conditions could be chopped.

The Republican has blasted Walz’s plan to offer a public buy-in for MinnesotaCare — the state’s subsidized program for the working poor — as unworkable and unaffordable. He says it would imperil hospitals and clinics because MinnesotaCare reimburses them for health care at a lower rate than standard insurance.

Walz acknowledged those reimbursement rates have long been challenging. But he dismissed Johnson’s plan as relying on the private insurance market to lower costs.

“Pretending that the market’s going to make all that happen, that’s simply fantasy,” he said. “If you’re running for governor and your plan is to scream single payer at me, you ain’t getting anything done.”

But big campaign promises could be crowded out by the need to simply ensure that existing services are funded.

Dayton agreed to end the provider tax in 2011, a linchpin to reaching a budget deal with legislative Republicans that year and ending the state’s longest government shutdown. The 2 percent tax, which provides more than $500 million each year for MinnesotaCare and other subsidized health care programs like Medical Assistance, is to expire at the start of 2020.

That would leave a daunting hole in the state’s budget, exacerbated in 2017 when Dayton and Republicans agreed to use those tax revenues to temporarily cover a large slice of Medical Assistance funding. Lawmakers will have to fill both gaps in 2019, raising the prospect of both renewing the tax and program cuts.

Walz said he’d push to reinstate the tax, which Johnson and Republicans have derided it as a “sick tax.” Johnson said he’s committed to protecting MinnesotaCare but would sub in general tax dollars instead.

Extending Minnesota’s reinsurance program to tamp down health care premiums could be an easier sell — premiums are poised to drop as much as 28 percent in 2019, and the state is projected to have money left over from the $549 million lawmakers appropriated in 2017 to carry over for a renewal. Department of Commerce Commissioner Jessica Looman said the Legislature should approve a plan in the first few months of 2019.

Republicans up and down the ballot in Minnesota have trumpeted the program’s success and faulted Democrats for dragging their feet. Many Democrats voted against the bill in 2017, and Dayton let it become law without his signature.

Walz and Johnson said they’d support it, but both candidates said they’d rather push for larger measures to bring costs down rather than subsidize insurers to cover big health care bills.

“If we don’t have something in place in the first year that I feel is going to have an impact, we may have to do that,” Johnson said. “We might not have any other choice, otherwise we’re going to see the individual market explode again.”