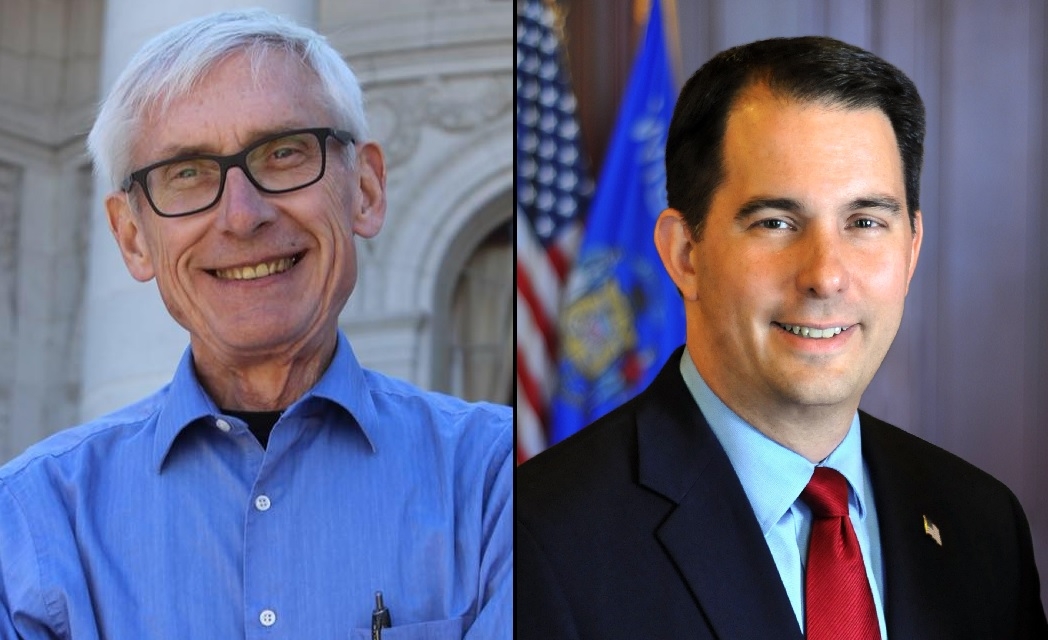 MADISON, Wis. (AP) — More than $7 million in advertising has flooded into the Wisconsin governor’s race in the week since Democrats chose their candidate to try to unseat Republican Gov. Scott Walker in November.

The spending shows the race is living up to expectations that it will be one of the most expensive and hardest fought in the country, as Democrats try to knock off one of their top targets in an Upper Midwestern state that was integral to President Donald Trump’s victory in 2016.

Walker has repeatedly warned of a possible blue wave in November as he tries to excite Republicans who backed him three times, including in a 2012 recall election, and delivered the state to Trump. But polls show Walker and Trump’s support is lagging as Democratic enthusiasm builds following a series of election victories this year.

But in the days since Evers’ win, Walker and his supporters have dominated the airwaves. Republicans have outspent Evers and his allies since last week’s primary by a margin of more than 2-to-1 as of Tuesday, based on numbers released by the groups and those on both sides tracking the ad buys.

Since May, Walker has run about $3 million in television ads.

“The Republicans have been pretty open that the only strategy coming out of the primary is to run a scorched earth campaign against Tony Evers,” said Tom Russell, who is leading a group funded by the DGA that’s the biggest spender so far on the left.

Republican strategist Brian Nemoir said he’s not surprised by the spending levels so far and that it speaks to the support Walker has and how close the election is likely to be.

The ads attacking Evers have largely focused on his role as state superintendent and his refusal to revoke the license of a teacher fired in 2010 for viewing pornographic images on a school computer.

Evers has insisted that he didn’t have the legal authority at the time to revoke the license. He successfully lobbied the Wisconsin Legislature to change the law in 2011 to allow the state superintendent to revoke licenses in cases where teachers view pornography in the classroom.

The latest to join the attacks against Evers is a conservative advocacy group that’s part of the network run by Kansas billionaire Charles Koch. Americans for Prosperity-Wisconsin on Tuesday announced a $1.8 million television and digital ad buy, unveiling a spot featuring quotes from Evers praising Walker’s most recent education budget in 2017 as “pro-kid.”

Evers has defended the compliment, saying Walker was proposing much of what Evers himself had put forward.

Evers and his allies are trying to frame the race as being about issues they claim Walker has neglected over the past eight years as governor — the state’s roads, health care and education. Walker has cast himself as an “education governor,” while Evers has said Walker is trying to hide his record cutting spending and attacking collective bargaining.