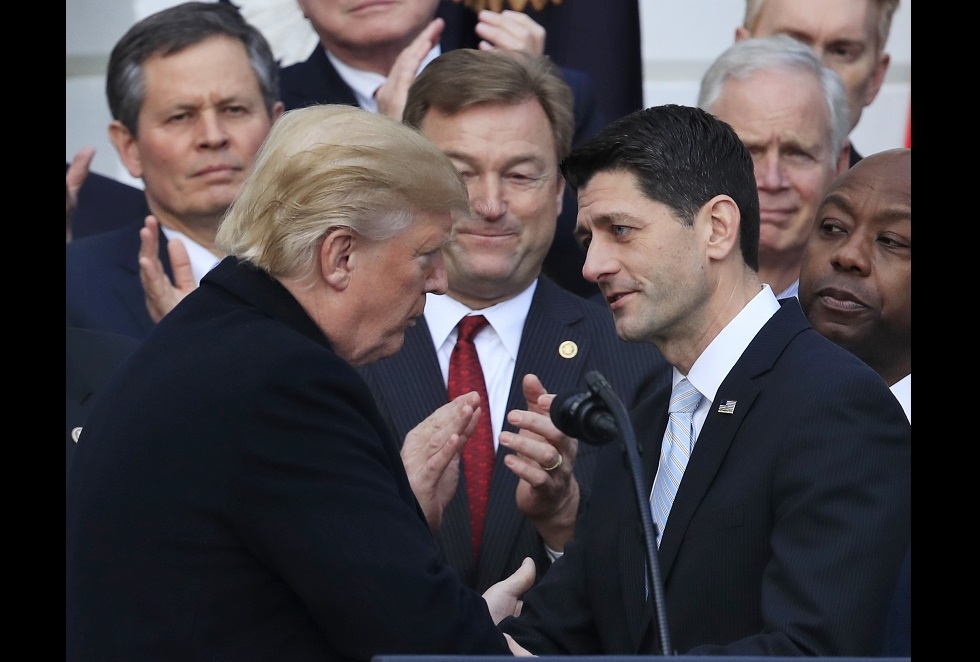 MADISON, Wis. (AP) — Wisconsin GOP congressional leaders joined with Democrats on Monday and blasted Russian President Vladimir Putin after he said that Russia did not interfere in the 2016 U.S. presidential election, a claim that President Donald Trump did not dispute while standing next to Putin at a news conference in Helsinki.

House Speaker Paul Ryan, of Janesville, said there was “no question” that Russia interfered in the 2016 presidential election and continues to try to undermine democracy in the United States and around the world.

“The president must appreciate that Russia is not our ally,” Ryan said in a statement. “There is no moral equivalence between the United States and Russia.”

Republican Sen. Ron Johnson, speaking to reporters in Milwaukee, said Putin is “completely wrong” when he claims Russia did not interfere. Johnson said U.S. intelligence agencies have “documented evidence” of Russia’s interference and called it “serious” and “unacceptable.”

Trump said at the summit with Putin that he sees no reason why Russia would interfere in the U.S. election. The Kremlin has denied any state action in the election.

Johnson, who chairs the Senate Homeland Security Committee, said the U.S. needs “to approach Russia from a position of real strength and resolve” and that the U.S. has a “bad relationship” with Russia because of Putin’s behavior, including the 2014 annexation of Crimea.

Republican Rep. Mike Gallagher, a former counterintelligence officer for the U.S. military who represents northeast Wisconsin in Congress, said “Putin is not our friend. … Russia, not the U.S., is responsible for current tensions and we must continue pushing back.”

Democratic Sen. Tammy Baldwin said that “Instead of standing with Putin, the president should stand up for America and our democracy.”

Both Republicans running for a chance to take on Baldwin defended Trump.

Management consultant and former U.S. Marine Kevin Nicholson, said that Russian leaders have proven themselves to be “ruthless, uncooperative and untrustworthy” but American presidents still have to work with them.

“The president clearly believes an ongoing and direct dialogue serves our national security objectives and I support him,” Nicholson said.

“The media would like nothing more than to continue relitigating the 2016 election in any way possible,” Vukmir said. “It’s clear that Russia is no friend to the U.S., but President Trump is a great negotiator and I trust him to engage with whomever is necessary to secure a safe and prosperous future for our country. I have no doubt that he did that today.”

Democratic U.S. Rep. Gwen Moore, of Milwaukee, called Trump’s meeting with Putin “nothing less than a complete capitulation to a dictator who directed a cyber war on the United States’ sovereignty and self-determination.”