Looking for signs of global warming? They’re all around you 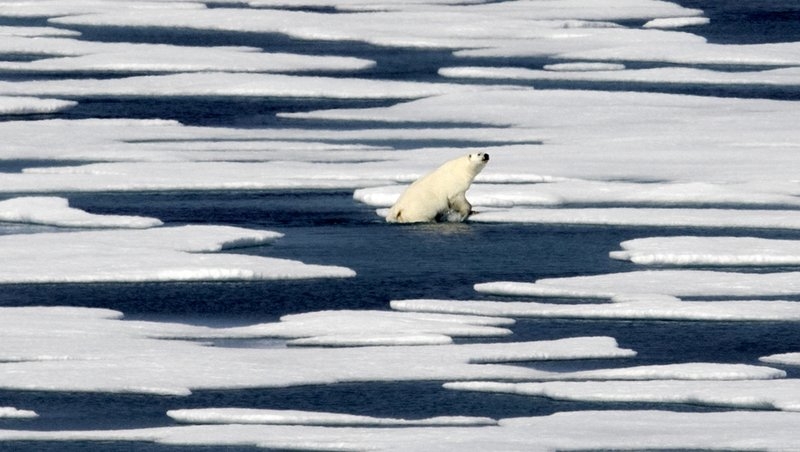 More than 40 years ago, the University of Maryland biologist started studying when wildflowers, birds, bees and butterflies first appeared each spring on this mountain.

These days, plants and animals are arriving at Rocky Mountain Biological Lab a week or two earlier than they were 30 years ago. The robins that used to arrive in early April now show up in mid-March. Marmots end their winter slumber ever earlier.

“If the climate weren’t changing, we wouldn’t see these kind of changes happen,” Inouye said while standing on a bed of wildflowers that are popping up on the first day of May as marmots snoop around nearby.

It’s been 30 years since much of the world learned that global warming had arrived. On June 23, 1988, NASA scientist James Hansen testified before Congress, explaining that heat-trapping gases spewed by the burning of fossil fuels were pushing temperatures higher. 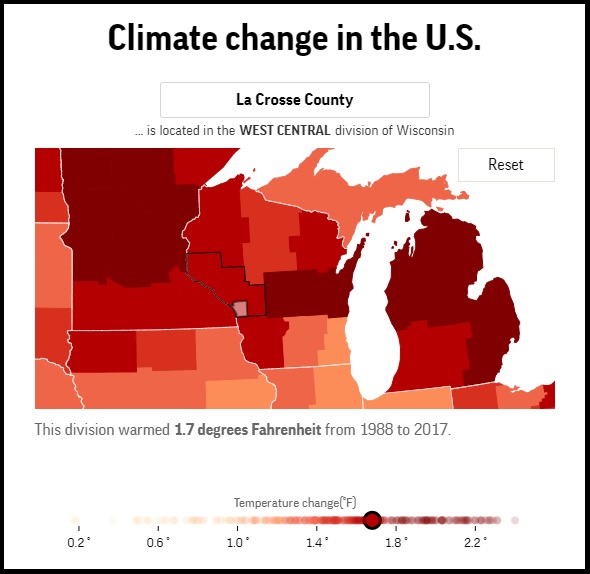 But it turns out climate isn’t the only thing that’s changing: Nature itself is, too. That’s the picture painted by interviews with more than 50 scientists and an Associated Press analysis of data on plants, animals, pollen, ice, sea level and more.

You don’t need a thermometer or a rain gauge to notice climate change, and you don’t need to be a scientist to see it.

Evidence is in the blueberry bushes in Henry David Thoreau’s Walden Pond, the dwindling population of polar bears of the Arctic and the dying corals worldwide. Scientists have documented 28,800 cases of plants and animals “responding consistently to temperature changes,” a 2008 study in the journal Nature said.

“Nature is extremely sensitive to temperature and nature is reacting to the warmer temperatures,” said Boston University biologist Richard Primack. “The dramatic change is happening right in front of us.”

In the 1850s, Thoreau charted when Walden Pond’s highbush blueberry first flowered. At the time, it happened around May 16, on average. In the past 10 years, it’s averaged April 23. Primack started tracking blueberries there in the 2000s, so he can’t specifically say how much of the earlier blooming was due to warming temperatures in the last 30 years, but he figures about a third of it is.

In 1983, mail carrier John Latimer started keeping track of when the birds, chipmunks and butterflies emerge, when the trees and plants bloomed and when they changed colors and dropped leaves in northernmost Minnesota. Spring is coming earlier, he found. But it’s not consistent; there are some really late years interspersed, creating a roller-coaster effect.

Starting about 30 years ago, the growing season in general around the Northern Hemisphere “rather abruptly changed to a new normal,” with earlier springs and later falls, said Mark Schwartz, a University of Wisconsin-Milwaukee geographer. In the Lower 48 states, 2012 was the earliest growing season on record until it was edged out by 2017, he said.

In the U.S., fall’s first frost is happening about nine days on average later since 30 years ago, while the last frost of spring is happening almost four days earlier, according to the National Oceanic and Atmospheric Administration.

That means the growing season in between is nearly two weeks longer. And some of the stuff that’s growing is making us sneeze and suffer.

High ragweed days across America swelled from 1990 to 2016, according to a study by the U.S. Department of Agriculture’s Lewis Ziska. In Kansas City, the number of high pollen days jumped from 58 to 81.

“Allergies and asthma are on the rise. Climate change isn’t the only reason, but it contributes,” said Dr. Howard Frumkin, former environmental health chief at the Centers for Disease Control and Prevention and now at the Wellcome Trust in London. Frumkin said ragweed and poison ivy trigger more powerful allergic reactions with higher carbon dioxide levels.

Some of the hardest-hit places on Earth are underwater. Coral reefs are sensitive to warmer water, and there isn’t a reef on this planet that has gone unscathed by global warming, said Mark Eakin, coordinator of the National Oceanic and Atmospheric Administration’s coral reef watch.

“If you look at coral reefs around the world, they’ve suffered a great deal of damage,” Eakin said. “Many of them are shadows of what they’ve been before 1998.”

Melting ice has made polar bears the poster animal of climate change. Studies show that their survival rates, reproduction rates and body weight are going down in most parts of the Arctic, said Steven Amstrup, formerly U.S. Geological Survey’s top polar bear researcher and now chief scientist at Polar Bear International. In parts of Alaska, Amstrup found a 40 percent population drop since the mid-1990s.

When Amstrup first started studying polar bears in Alaska he was tracking the resurgence of the animals from widespread hunting in the 1950s and 1960s. But starting in the late 1990s they started losing their habitat and “we weren’t seeing as many big old bears.”

Ornithologist George Divoky, on his 47th summer in Cooper Island, Alaska, to study shore birds, is another accidental climate scientist.

“In 1988, things started getting strange,” Divoky said. In the years that followed, seabirds like the black guillemot started arriving earlier, laying eggs earlier and not surviving as well, he said, blaming warming.

“I was just studying birds,” Divoky said. “I don’t take any pride in that I may be documenting the end of an Arctic seabird colony.”

Katharine Hayhoe, a climate scientist at Texas Tech, has heard non-scientists accusing the government or researchers of manipulating temperature data to show warming. There’s no cooking the books, she said; nature is broadcasting a clear signal about climate change.

“If you don’t trust the thermometers, throw them out,” Hayhoe said. “All we have to do is look at what’s happening in nature.”