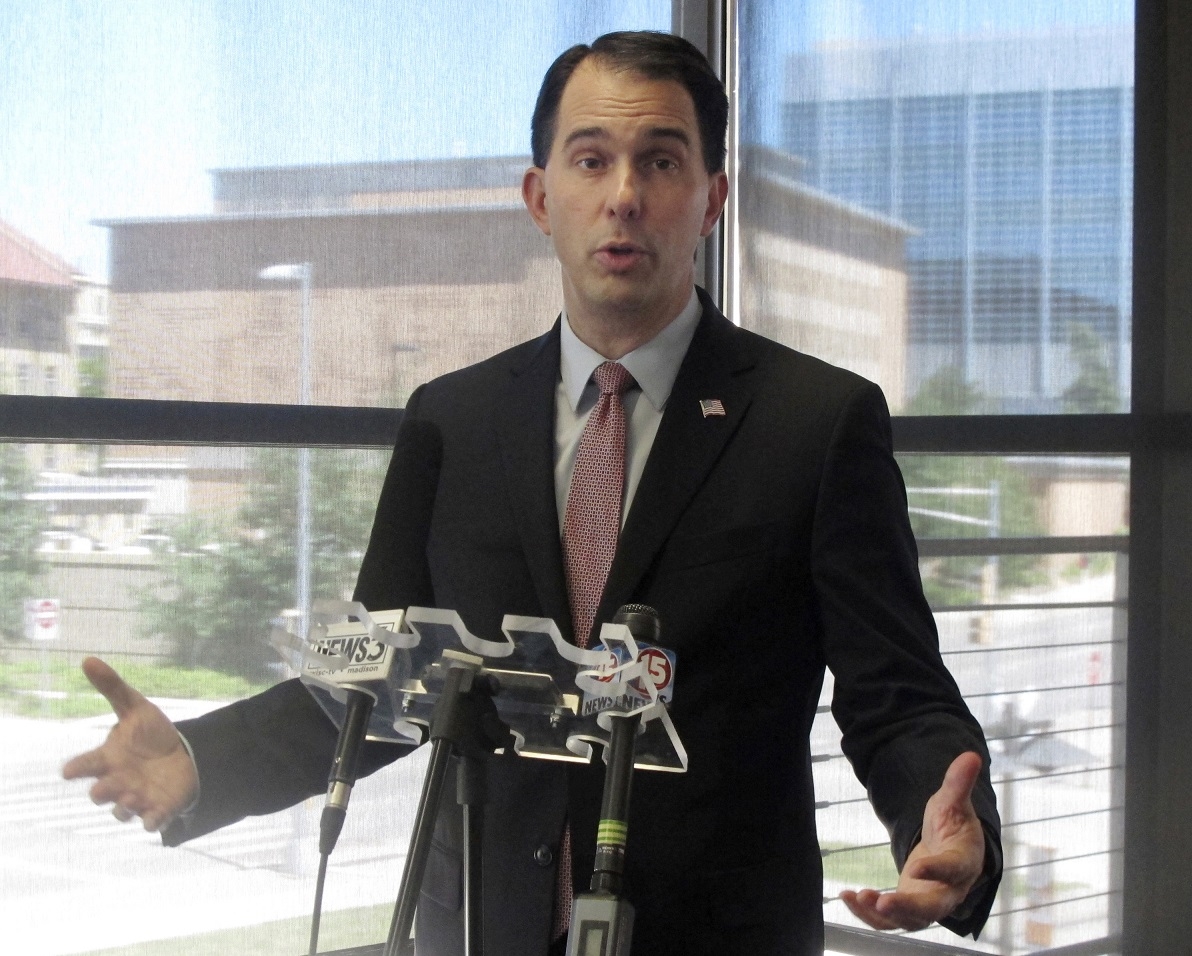 Walker, who is up for re-election in November, sent a combined 17 tweets on both his official and political Twitter accounts crowing about the news — sometimes with smiling sunglass-wearing emojis, once again referencing one of his favorite pop songs from the 1980s: “Future’s so bright, I gotta wear shades!”

Here’s a closer look at the numbers, Walker’s statements in reaction, and the measurement he once made the gold standard of the state’s economic performance that he doesn’t like to shine a light on these days:

Wisconsin is working! Workforce levels are at historic highs. The percentage of people working is one of the best in the nation. And the unemployment rate is now down to 2.9% – the lowest in the history of the state. #WIWorking https://t.co/8TEy41lEVn

WALKER: “Wisconsin is working! Workforce levels are at historic highs. The percentage of people working is one of the best in the nation. And the unemployment rate is now down to 2.9% – the lowest in the history of the state.”

THE FACTS: It is true that the state’s unemployment rate, as measured by the Wisconsin Department of Workforce Development, has never been lower. It had been teetering for months near the previous record — 3 percent in July 1999. That previous record-low was during the economic boom of the late 1990s. It was at 3 percent for three months — May through July — that year. Wisconsin tied that record low in December.

The state rate has consistently been lower than the national average, which sits at 4.1 percent.

However, the 2.9 percent reported Thursday is preliminary and could be adjusted.

Walker also highlights that the percentage of people working in the state is one of the best in the nation. That is measured by the labor force participation rate. Wisconsin’s rate for February was 68.5 percent, according to the state agency. That is tied for fifth best in the country, but it remains below the state’s highest of 74.8 percent set in September and October 1997. Economists have cautioned that the lower workforce participation rate nationwide in recent years is partly because some people have given up looking for a job.

Our unemployment rate (2.9%) is significantly better than the national rate of 4.1%. #WIWorking

THE FACTS: Walker accurately points out that Wisconsin’s unemployment rate hit a high of 9.3 percent in December 2010 and takes a shot at Democrats in one of the tweets by noting they were in charge in Wisconsin then. But he doesn’t mention unemployment rates were high then in every state as the entire country was recovering from the Great Recession.

Walker made the state’s high unemployment rate a central point of his first campaign in 2010, promising then to create 250,000 private-sector jobs by the end of his first term.

After he won, Walker reiterated the promise again during 2012 even though the state wasn’t on pace then to fulfill his pledge.

Walker long ago abandoned the promise, and last year shifted to talking about filling job vacancies rather than jobs created.

“I qualify that now saying … I got more people employed than ever before,” Walker said in March 2017. “You ask people on the street who are hiring, it’s not how many jobs are created, it’s how many people are there to fill them. And so, I’ve shifted from that, and said my number one issue is workforce. I need to find those people.”

Based on the latest figures, counting through September, Walker is close to finally fulfilling the promise with just over 243,000 jobs created, although it is four years after he promised it would happen.

Job-creation in Wisconsin, however, has lagged the national average for more than six years.