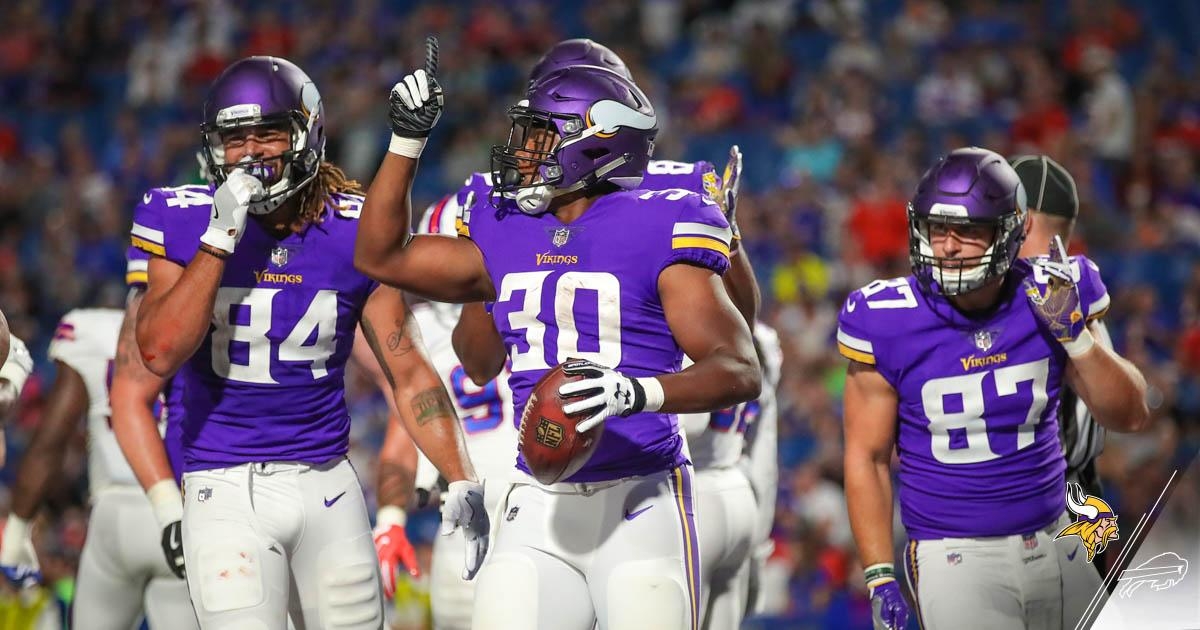 ORCHARD PARK, N.Y. — If quarterback Teddy Bridgewater can’t make it back from injury, the Minnesota Vikings might be OK with Case Keenum.

The quarterback showed glimpses of being a capable backup in Vikings 17-10 preseason-opening win over the Buffalo Bills on Thursday night.

Taking over for starter Sam Bradford, Keenum went 11 of 16 for 121 yards. The sixth-year player engineered a pair of scoring drives — both set up by passes to rookie receiver Stacy Coley.

Keenum hit Coley in stride over the middle on a crossing pattern for a 38-yard catch to set up Kai Forbath’s 36-yard field goal to tie the game at 3-3 late in the second quarter.

On the opening drive of the second half, Keenum rolled to his right and hit Coley, a seventh-round pick out of Miami, who made a sliding catch at the Bills 2.

Fullback C.J. Ham scored on the next play to put Minnesota ahead 10-3.

The Vikings signed Keenum in April as insurance with Bridgewater still recovering from a serious left knee injury sustained a year ago.

.@cjham28 barrelled ahead 2 yards to give the #Vikings the lead. pic.twitter.com/P99UaDBolF

Taylor also avoided a scare when he came up limping after Vikings defensive end Everson Griffen fell on him for an 11-yard sack on Buffalo’s opening drive. Taylor completed the series and was evaluated under a tent on the sideline before being cleared to return.

He showed no signs of being hurt three plays later when scrambling away from Griffen and Danielle Hunter before running out of bounds for a 2-yard gain. Buffalo’s starting offense accounted for five first downs and 89 yards, including a seven-play, 37-yard drive that ended with Stephen Hauschka hitting a 42-yard field goal.

The Bills made it close with 10 minutes left when rookie fifth-round pick Nathan Peterman hit Dezmin Lewis on a fade route in the left corner for a 1-yard touchdown.

Bills receiver Anquan Boldin did not play after participating in just one practice after signing a one-year contract on Monday.

Vikings: Running back Dalvin Cook finished with five carries for 13 yards and had four catches for 40 yards in accounting for nearly half of the 127 yards Minnesota gained in the first two quarters. Cook, who was celebrating his 22nd birthday, was drafted in the second round out of Florida State and pegged to take over as the Vikings’ starter.

Vikings: “You can really get going and play football once you get that first carry out of the way. It was fun getting that first carry. It was good,” Cook said of his preseason debut. “As each week goes, we’re going to get better and better. We just can’t take a step backward.”

Bills: “I like where he is at this point in training camp in terms of getting himself ready to play for the season,” McDermott said of his decision to rest McCoy.

Vikings: Bradford hit 5 of 7 for 35 yards and Heinicke finished 3 of 8 for 20 yards and an interception.

Bills: Backup T.J. Yates went 6 of 11 for 48 yards and Peterman finished 13 of 25 for 112 yards and lost a fumble on a botched snap on Buffalo’s final possession.

Vikings: Starting CB Trae Waynes did not return after hurting his left shoulder early in the first quarter. RB Bishop Sankey had difficulty putting weight on his right leg in being helped off after a 14-yard run on the opening drive of the third quarter. Sankey was on crutches and his right knee in a brace in the locker room.

Bills: RB Jonathan Williams, competing for the No. 2 job behind McCoy, hurt his hamstring and finished with 39 yards rushing and a 7-yard catch. Rookie LB Tanner Vallejo did not return after hurting his shoulder late in the second quarter.

PENALTIES: Buffalo was flagged 10 times for 106 yards, including a pair of 15-yarders on special teams in the opening 16 minutes.