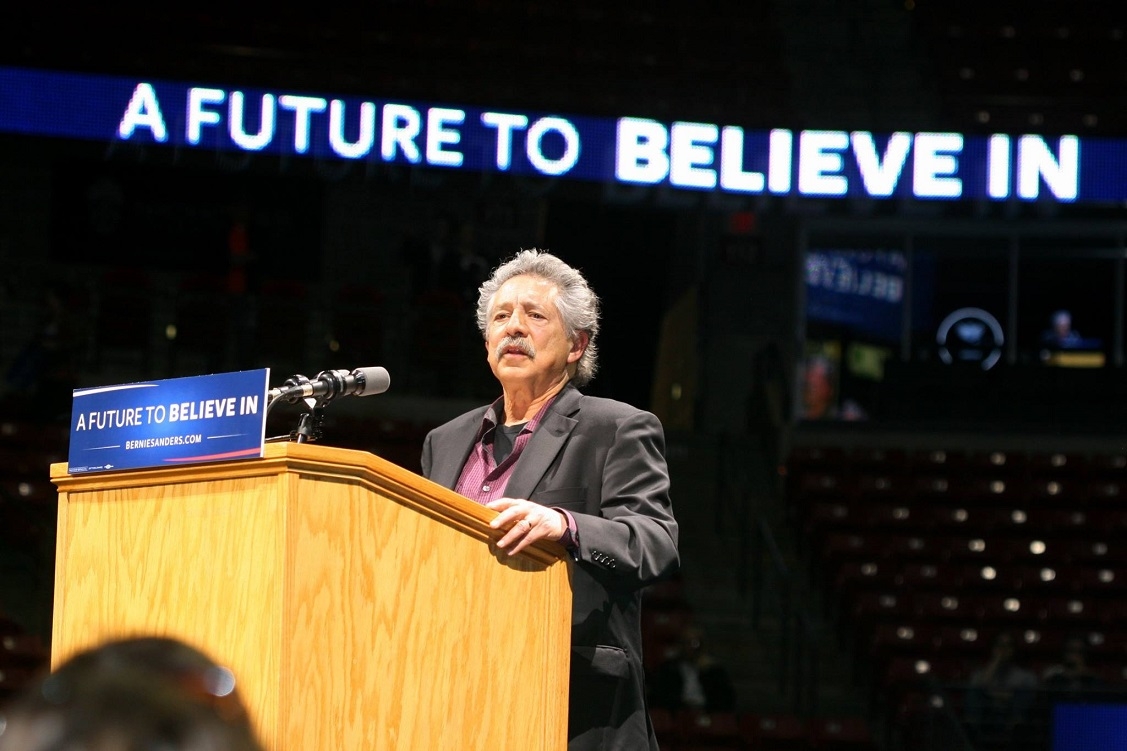 MADISON, Wis. (AP) — Paul Soglin had already completed three terms as mayor of Madison before Kelda Roys was born in 1979.

Now they’re both running for governor, illustrating a generational divide among Democratic candidates.

Soglin, at 72, and Roys, 38, are the oldest and youngest of the nine best-known candidates. Seven of the Democrats are Baby Boomers, while Roys and union firefighter head Mahlon Mitchell, 40, come from the tail end of Generation X.

Democrats have long bemoaned not having enough young candidates, while the face of the Republican Party in recent years has been dominated by politicians in their 40s.

Gov. Scott Walker, House Speaker Paul Ryan and former White House chief of staff Reince Priebus, also the former state and national GOP party chairman, range between ages 45 and 50. Walker, the oldest, was first elected governor on his 43rd birthday but has been in office continually since he was 25.

Wisconsin Democrats haven’t had the same youth movement, as evidenced by the decidedly gray field of governor candidates. The average age of the nine top tier contenders is 58 and two are in their 70s.

“The pipeline for leadership hasn’t always been there,” said Mandela Barnes, a 31-year-old candidate for lieutenant governor. “We are realizing that and taking steps to address it.”

Part of the answer is finding more young people to run for office, but it’s also important that candidates address issues that matter to voters in their 20s and 30s, Barnes said.

Democrat Sarah Smith, 25, said inequalities — around income, race and gender — are among the issues that matter most to younger voters like her. The burden of student loan debt, something Smith said she and her friends “talk about constantly,” is also a major topic of concern.

Smith, the state chair of Young Democrats of Wisconsin, said she’s glad to see a couple of younger candidates for governor, but isn’t concerned that most are older.

“If we elect somebody who is 72 but willing to sit down with younger voters and listen to what’s important to them, why they would stay in Wisconsin or leave, that’s what matters most,” Smith said.

“I do think it’s important for voters to see themselves reflected in the candidate who is running for office,” said Roys, who was elected to the Assembly in 2008 when she was 29. “For voters, they need to believe a candidate understands and cares about them.”

It’s been tough for younger Democrats to break through because of the sheer number of older Baby Boomer office holders who have been there for years, and in some cases decades, said Scot Ross, director of the liberal group One Wisconsin Now.

For example, the three state senators representing liberal Madison and surrounding areas are 56, 74 and 90. Sen. Fred Risser, the 90-year-old, is the longest-serving office holder in the country. He was first elected in 1956.

Republicans also have a better structure in place to support and nurture younger candidates, Ross said.

“They’re smart,” he said. “The greatest thing that the GOP has done since the 1970s is invest in young talent.”

Younger Democrats running for office in 2018 say they see reason for optimism.

Sheboygan businessman Kurt Kober, 39, initially planned to run for governor but is now running for lieutenant governor. Kober is a retail strategy director for The Clorox Co., who returned to his hometown this year after living outside of Wisconsin for about a decade.

Kober said he wants his campaign to focus on how to make the new economy work in Wisconsin, addressing such things as expanding broadband internet access, improving road conditions and ensuring workers are prepared for the next generation of available jobs.

Older candidates say age alone doesn’t determine whether they can speak to younger voters. They point to 76-year-old Bernie Sanders’ 2016 presidential run both for inspiration and proof that a septuagenarian politician can attract younger voters.

Matt Flynn, 70, is the second-oldest Democratic gubernatorial candidate. Flynn served as Democratic Party chairman in the 1980s, ran unsuccessfully for U.S. Senate in 1986 and Congress in 1978, 1988 and 2004 and was deeply involved in state and national politics for decades.

Now he’s downplaying his age and, like Soglin, invoking the success of Sanders — who won the Wisconsin presidential primary and remains popular among liberals.

“What matters are ideas, not chronology,” Flynn said. “The next generation has very talented people, but there’s a certain amount of experience you need to be governor. Age alone is not determinate.”