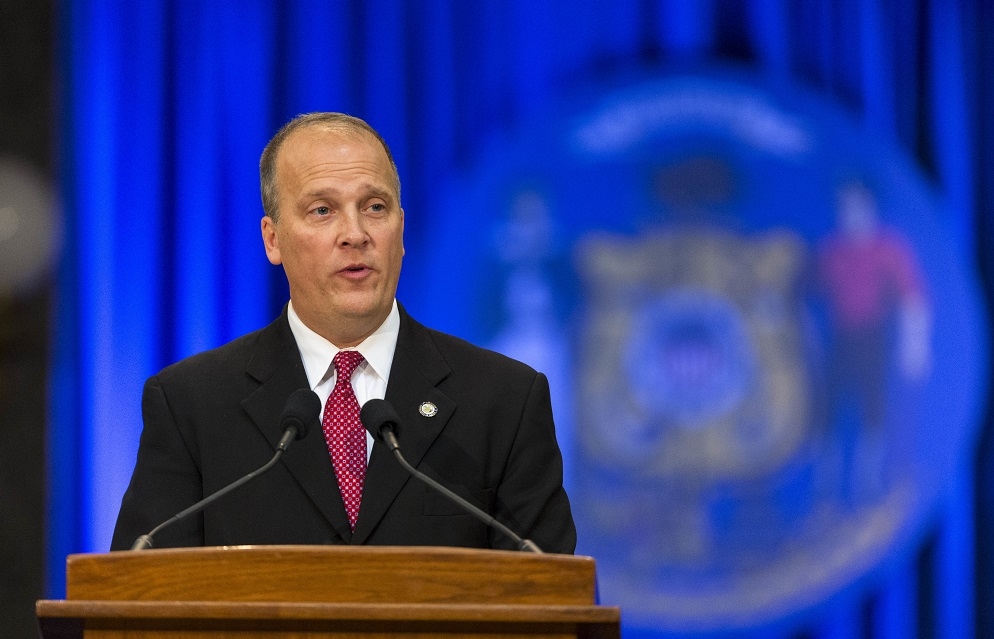 Shortly after that vote, the current head of the Elections Commission, who also worked for the former Government Accountability Board, sent the two highest-ranking Republicans in the Legislature a letter accusing them of slander and demanded they stop and apologize. Michael Haas said there was no factual or legal basis for them to suggest he and others who worked at the GAB had committed crimes.

“In short, I am requesting that you stop trashing my name and reputation,” Haas wrote to Senate Majority Leader Scott Fitzgerald and Assembly Speaker Robin Vos.

The moves are the latest related to investigations that began in 2010 and ended in 2015 that focused on Gov. Scott Walker’s campaign and other Republicans. Prosecutors launched two separate secret John Doe investigations, first into Walker’s aides when he was Milwaukee County executive and then into coordination between Walker and conservative groups during the 2011 and 2012 recalls.

The first John Doe investigation resulted in criminal charges against six people, while the second was shut down in 2015 by the Wisconsin Supreme Court, which determined nothing illegal had occurred.

Republicans argued for years the probes, which the GAB assisted with, were a partisan witch hunt. Earlier this month Schimel, a Republican, released his investigation report into the leak of documents, placing blame with the GAB for not better securing the evidence. Schimel couldn’t determine who leaked more than 1,300 pages of documents, but he concluded the information came from a missing hard drive of former GAB attorney Shane Falk. Schimel recommended that nine people, including Falk and five other former GAB employees, be held in contempt for violating judicial secrecy orders.

Schimel did not recommend discipline against Haas or Ethics chair Brian Bell. Both are former GAB employees.

Even so, Vos and Fitzgerald called on Haas and Bell to resign over concerns of partisan influence.

On Thursday, the Senate organizational committee voted 3-2, with all Republicans in favor and Democrats against, to authorize a broader investigation into former GAB workers. Democrats criticized the move, with Minority Leader Jennifer Shilling calling it “an egregious abuse of power.”

The chairman of the Wisconsin Elections Commission, one of two entities that replaced the GAB, said Schimel can’t be trusted to do an “objective and complete investigation.”

Elections chair Mark Thomsen, a Democrat, sent a letter to legislative leaders asking that if they wish to review past actions of the GAB, they order an independent review by an “impartial factfinder or by a bipartisan factfinding body.”

Elections Commission member Dean Knudson, a Republican and former state representative who co-authored the law doing away with the GAB, supported Haas with a statement Thursday calling on the Senate to vote on his confirmation.

“Unless more evidence comes to light, it is unlikely a majority of the Commission will vote to remove Haas based solely on his previous employment with the Government Accountability Board,” Knudson said.

The Ethics Commission scheduled a meeting for Friday to discuss the call for Bell to resign. Board chairman David Halbrooks, a Democrat, said that his support for Bell hadn’t waivered but that he wanted all six commissioners to meet to discuss the issue. The board is comprised of three Democrats and three Republicans.

Thomsen, the Elections Commission chairman, also asked for a legal opinion from the Legislature’s attorney over whether such a review by Schimel would be permitted by law.

Thomsen called it “wrong and morally repugnant” for lawmakers to attack the motives and reputations of former GAB employees.

“This character assassination and slander must stop,” he said.

Schimel’s spokesman, Johnny Koremenos, declined to comment, citing the ongoing investigation. But Schimel had previously indicated support for taking on the broader look into the GAB’s actions.

Vos and Fitzgerald did not immediately return messages left late Thursday after Haas sent his letter accusing them of slander.