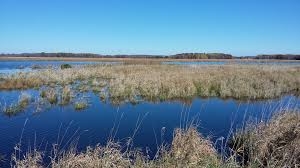 DNR exempt utilities and power coops from mitigation
if filling no more than 10,000-sq-feet of wetlands

MADISON, Wis. — The Wisconsin Legislature has passed a bill that would loosen wetland restoration requirements for public utilities.

Current state law requires anyone looking to fill a wetland to obtain a permit from the Department of Natural Resources. The agency must require the restoration, enhancement, creation or preservation of other wetlands as a permit condition.

The Republican bill would allow the DNR to exempt public utilities and power cooperatives from mitigation if the utilities and co-ops fill no more than 10,000-square-feet of wetlands.

The Assembly passed the measure Tuesday on a voice vote. The Senate followed with its own voice vote later in the day, sending the bill to Gov. Scott Walker.