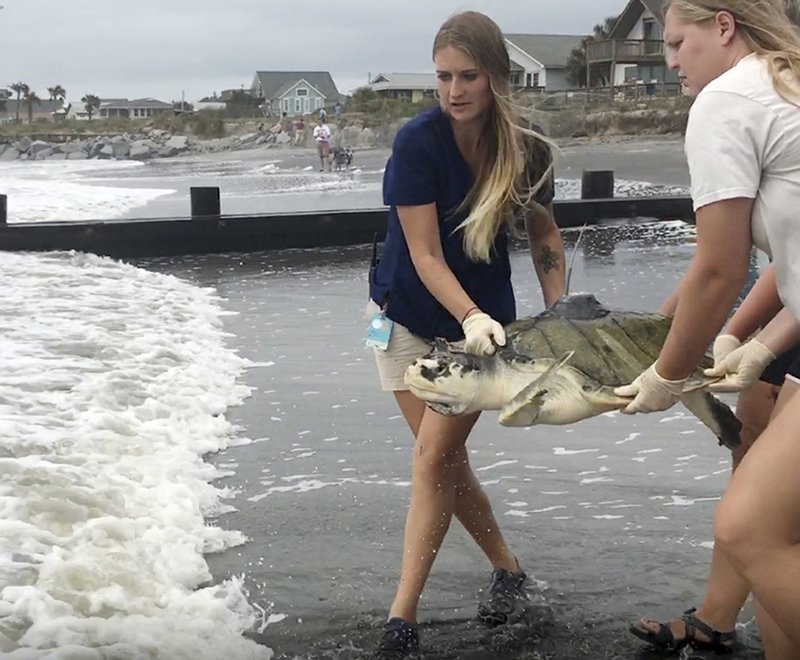 CHARLESTON, S.C. — A sea turtle that swallowed more than 4 feet (1 meter) of fishing line has been released in the Atlantic Ocean off South Carolina’s coast after undergoing surgery.

The South Carolina Aquarium said in a news release Monday that Peach was returned to the ocean at Folly Beach on Monday after recovering from the surgery to remove the fishing line.

Peach is a 55-pound female Kemp’s ridley turtle and had the surgery after being pulled from the Charleston Harbor in June.

The Department of Natural Resources found Peach with fishing line around her head, neck and left front flipper, in addition to running down her mouth into her intestines.

She’s been tagged with a satellite transmitter that will allow scientists to study how Kemp’s ridley turtles move during the winter months.