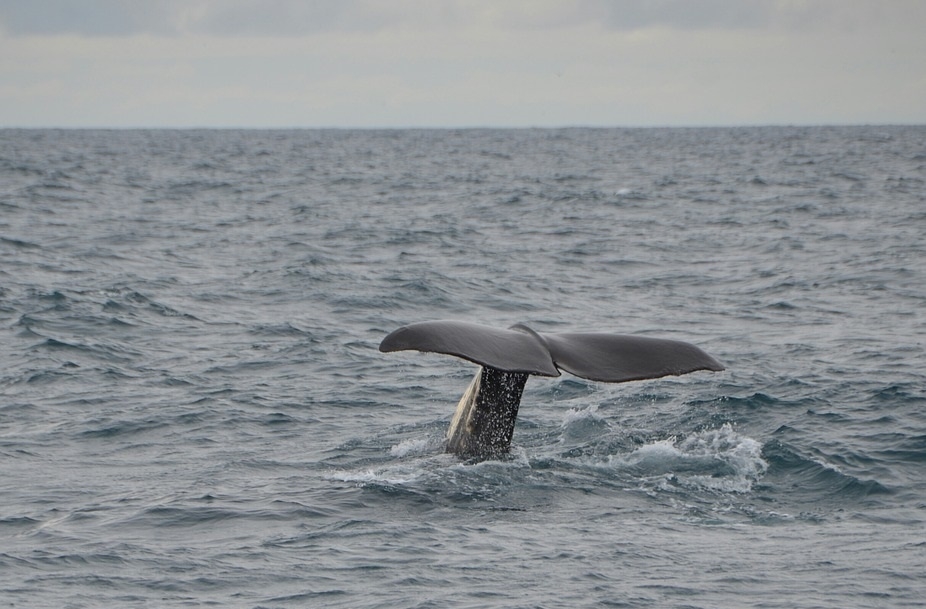 JUNEAU, Alaska — A humpback whale became entangled in an anchor line on a small cruise ship in southeast Alaska, getting stuck for roughly 12 hours while federal authorities and the boat’s crew worked to free it.

Ultimately, the anchor chain wrapped around the whale’s lower jaw was cut in hopes it could wriggle loose, National Oceanic and Atmospheric Administration Fisheries said.

The team saw a whale, believed to be the one that had been entangled, swimming away, the agency said.

Whales had been bubble-net feeding near the ship, which was anchored near the mouth of Tracy Arm south of Juneau early Sunday, when one hit the boat and got wrapped in the anchor line. In the feeding technique, whales use air bubbles to herd or disorient fish and then lunge at the prey that’s pushed near the water’s surface.

A team made up of NOAA law enforcement, whale experts and a network of specialists used a camera on the end of a long pole to assess the situation and decided cutting the chain was the best move.

Fred Sharpe of the Alaska Whale Foundation, who was among the responders, said the whale had injuries but none appeared to be life-threatening.

The ship’s crew appropriately responded to the entanglement by contacting authorities and not trying to free the whale themselves, agency spokeswoman Julie Speegle said.

“These things happen,” she said Tuesday, adding later: “The whale just happened to be in the wrong place at the wrong time.”

An anchored vessel does not have to move if whales come near and begin to bubble-feed, Speegle said. In that case, it’s probably best to stay put, because moving could disrupt feeding or injure a whale, she said.

Since 2000, there have been 10 instances of humpback whales getting caught in anchor lines or cables in Alaska. Sunday’s incident was the second this year, according to statistics provided by NOAA Fisheries.

By comparison, there have been 113 instances of humpbacks getting caught in fishing gear since 2000, the Alaska data show.

The vast majority of whales entangled since 2000 have survived.