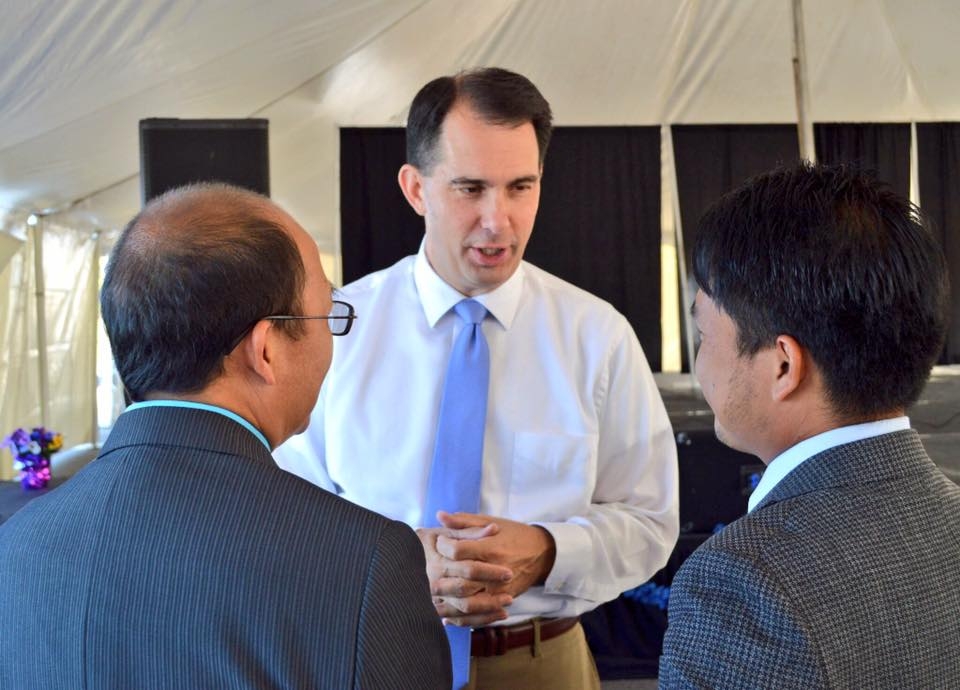 Trip will last for eight days next month.

MADISON, Wis. — Gov. Scott Walker says he plans to lead a trade mission to Japan and South Korea in September.

The governor said during a news conference in the state Capitol with South Korean U.S. Ambassador Ahn Ho-Young on Wednesday that the trip will run from Sept. 8 through Sept. 16. It will include a stop at the Midwest U.S.-Japan Conference in Tokyo.

Walker says the goal is to encourage foreign companies to invest in Wisconsin and build the export market for Wisconsin companies.

The announcement comes days after Taiwanese electronics giant Foxconn announced it plans to build a $10 billion facility in Wisconsin.