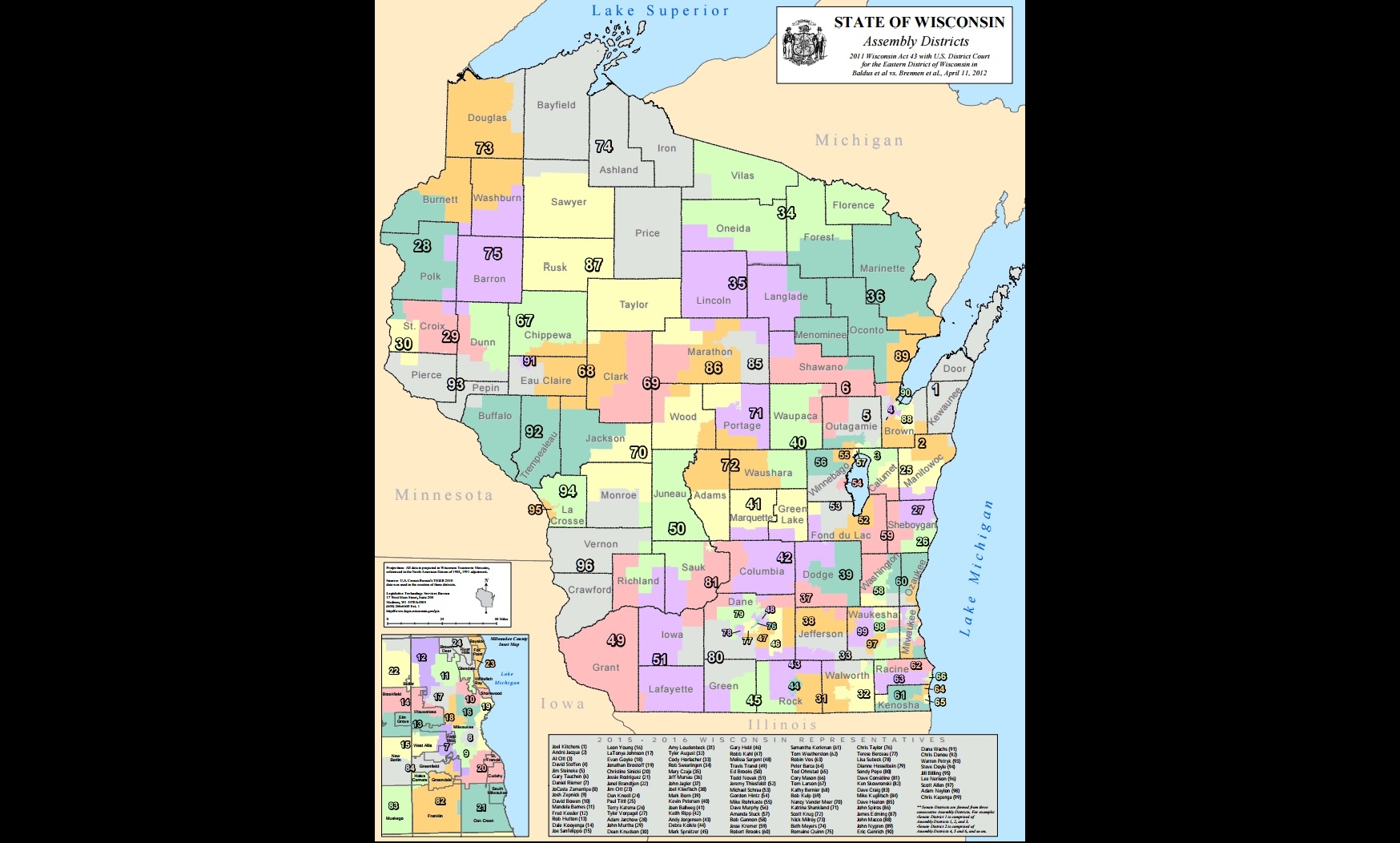 Decision by Supreme Court may not be complete until next summer.

MADISON, Wis. — Reaction to the U.S. Supreme Court’s announcement Monday that it will hold oral arguments to decide whether Republican Wisconsin lawmakers drew electoral districts so out of whack with the state’s political breakdown that they violated the constitutional rights of Democratic voters. The court also put on hold any redrawing of maps while the case is pending.

Republican Attorney General Brad Schimel: “I am thrilled the Supreme Court has granted our request to review the redistricting decision and that Wisconsin will have an opportunity to defend its redistricting process. As I have said before, our redistricting process was entirely lawful and constitutional, and the district court should be reversed. … The stay is particularly important because it preserves the Legislature’s time, effort, and resources while this case is pending.“

Wisconsin state Senate Majority Leader Scott Fitzgerald and Assembly Speaker Robin Vos, both Republicans: “Wisconsin lawmakers have maintained that our state’s redistricting process and legislative maps are legal and constitutional, and we look forward to the Court’s final decision which we are confident will affirm our position.“

Plaintiff Bill Whitford: “This is a kind of apportionment scheme that simply denies Wisconsin residents democracy. We’re hoping the Supreme Court will release us from this sorry state.“

Trevor Potter, president of the Campaign Legal Center, which is representing the voters who challenged the maps: “You would like a situation where the legislative outcomes accurately reflect the actions of the voters. What we have in this situation is a theft of that right by whatever party is in power at that moment to stay in power despite the changing will of the voters.“

Sachin Chheda, director of the Fair Elections Project, which organized and launched the lawsuit: “We’ve already had two federal courts declare the map unconstitutional in part or whole. … Now this story will be told on a national stage.“

La Crosse Sen. Jennifer Shilling, Wisconsin state Senate Democratic minority leader: “Regardless of the outcome in this case, we must remain committed to promoting election fairness, protecting voter rights and preserving our shared democratic values. Democrats will continue to champion non-partisan redistricting reform to empower citizens and restore fairness to our election process.“

Rep. Peter Barca, Wisconsin state Assembly Democratic minority leader: “Voters should be able to choose their representatives, not the other way around, and I have faith that the Supreme Court will do the right thing to help end the terrible polarization we see in both Wisconsin and across America.“

Rick Esenberg, head of the conservative Wisconsin Institute for Law and Liberty, which filed a brief asking the court to take the case: WILL president and general counsel, on today’s decision: “We are confident the Supreme Court, as it has in the past, will decline to insert the judiciary into political questions on whether or not to make up whatever natural disadvantage these maps may confer.“

Jenny Dye, research director for liberal advocacy group One Wisconsin Now: “Wisconsin Republicans have put their own political interests before everything else with their manipulation of the rules on voting to give themselves an unfair partisan advantage.“