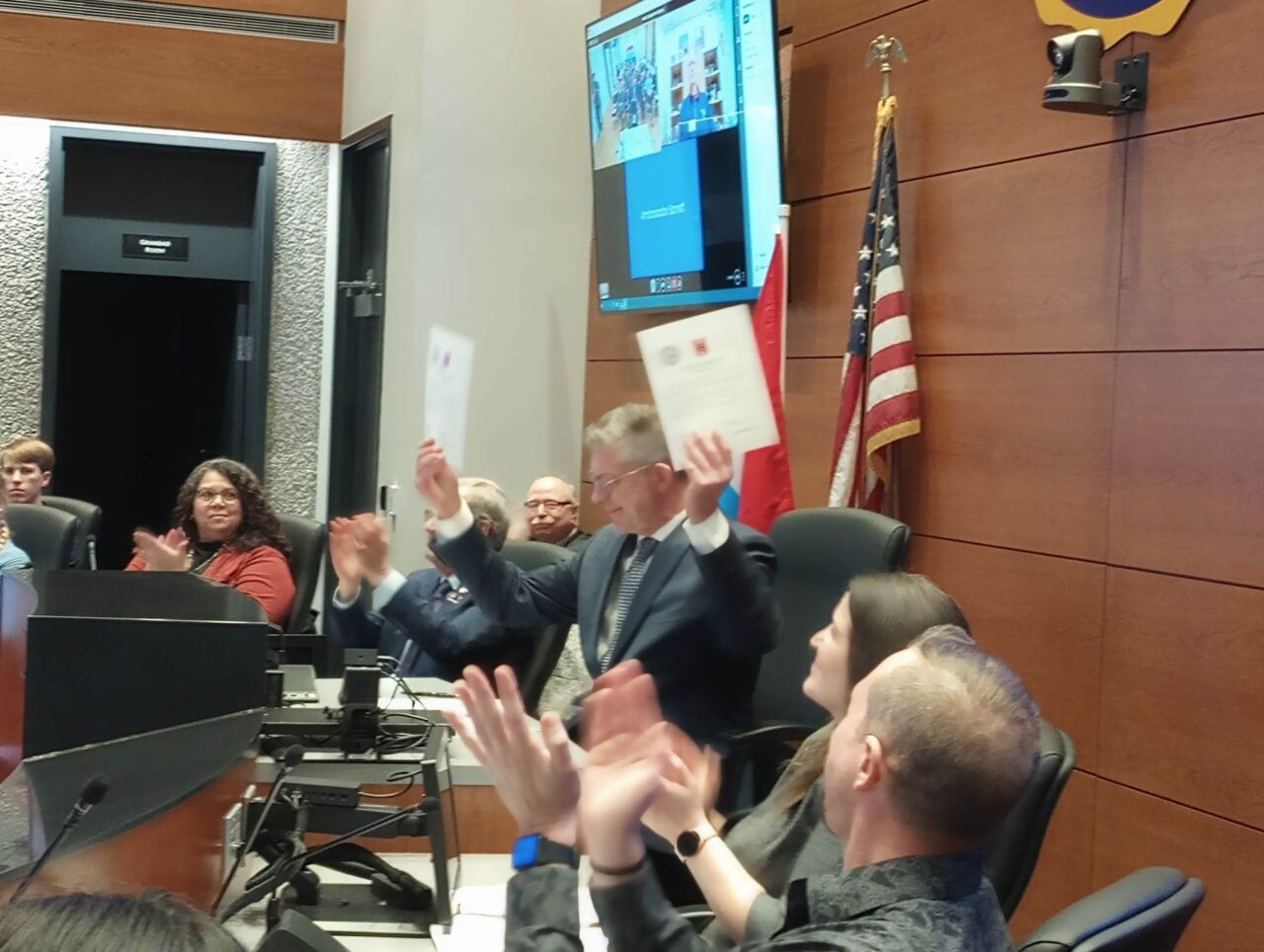 Separated by an ocean and more than 4000 miles, a town in Luxembourg became La Crosse’s eighth sister city on Wednesday, during a ceremony connecting the two cities on-line.

“Welcome from your new sister, La Crosse, Wisconsin, in the U.S.A.,” said La Crosse Mayor Mitch Reynolds by internet link to officials and school students gathered at a school building in Junglinster, Luxembourg.

, with people from surrounding countries working there on a regular basis.

Other sister cities are located in Norway, Germany, China, Cameroon, and Ireland.