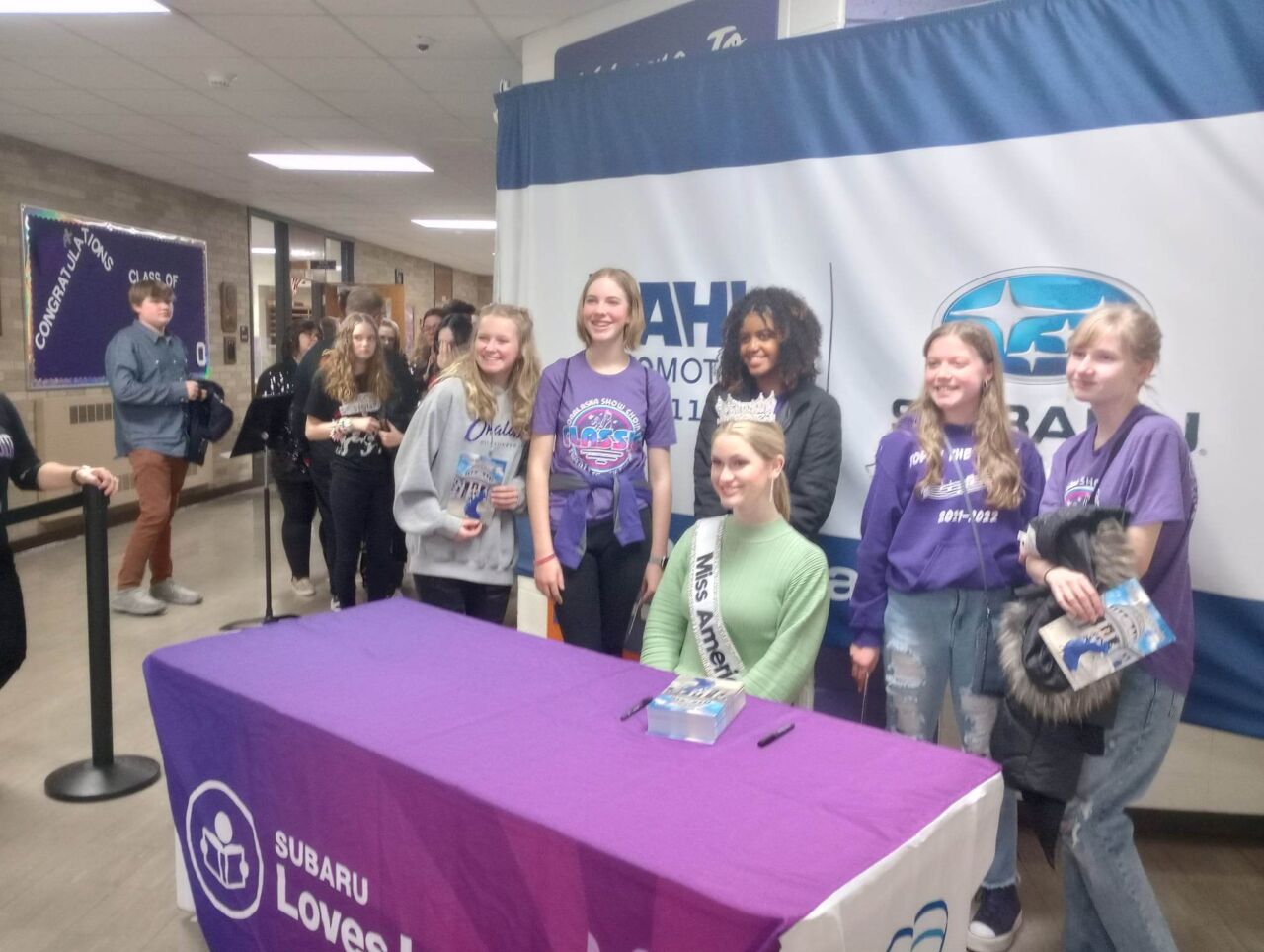 The newly crowned Miss America, Grace Stanke, has paid a visit to the La Crosse area just one month after winning her title.

The 20-year-old came to Onalaska on Saturday afternoon to serve as a guest judge for the 36th Annual Onalaska Show Choir Classic Competition at Onalaska High School.

Stanke’s visit began with a meet and greet period in the entryway of Onalaska High School, the site of the show choir contest.

Onalaska Choirs media assistant, Carla Stetzer, told Z93 that, as the host school, the Onalaska Hilltopper Show Choir would be featured performers during the competition, along with Stanke and her award-winning classical violin performance.

Stanke will be the Showstopper judge.

“She’ll be selecting performers that stand out, that show energy and passion within their show choir,” Stetzer said.

Miss Wisconsin 2022, Stanke was recently crowned Miss America 2023. She is in her senior year at University of Wisconsin-Madison studying nuclear engineering. She became the first Nuclear Engineer to win Miss America.

Stanke performed “Storm,” from Vivaldi’s “Four Seasons,” on violin and received the preliminary talent award on night two of the Miss America competition in December, earning a $2,500 scholarship.

About 17 show choirs were scheduled to compete throughout the day at the Onalaska Classic.