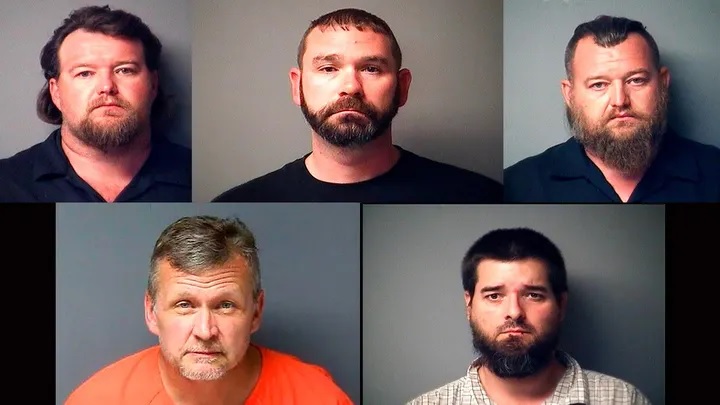 District Judge Michael Stepka ruled that evidence presented in a preliminary hearing justified a trial in Antrim County, where Whitmer’s Elk Rapids vacation home is located and prosecutors say the abduction was to happen. Prosecutors say four of the defendants scouted the house and surroundings, and there was talk of blowing up a bridge to keep police from responding.

“They knew what they were doing,” Stepka said as he summarized testimony and exhibits from the hearing. “They were all involved in the plot to kidnap the governor.”

He added later, “In my mind, there is clearly a criminal conspiracy here.”

After his ruling, Stepka entered not-guilty pleas on the defendants’ behalf. The trial will be conducted in circuit court. No date was set but a pretrial conference was scheduled for Dec. 19.

The judge’s decision “sends a clear message that acts of domestic terrorism will not be tolerated,” Michigan Attorney General Dana Nessel said. “Those who threaten our law enforcement agents and public officials endanger our entire state and must be held accountable.”

Fourteen people — six in federal court, eight in state courts — were arrested in October 2020 and charged with backing the scheme.

It’s a “version of anarchy,” FBI agent Hank Impola testified during the four-day hearing in August. He described some participants as members of self-styled militia groups favoring violent rebellion against the government known as the “boogaloo.”

Adam Fox and Barry Croft Jr., described as ringleaders, were convicted of conspiracy in federal court on Aug. 23. Ty Garbin and Kaleb Franks earlier pleaded guilty, while Daniel Harris and Brandon Caserta were acquitted at trial in April. In a related state case, Joe Morrison, his father-in-law Pete Musico and Paul Bellar were found guilty in October of supplying material support for a terrorist act as members of a group known as the Wolverine Watchmen.

The Null brothers, Higgins and Molitor joined trips to inspect Whitmer’s house from outside, while Fix helped them find it, according to evidence presented at the state hearing.

All five joined meetings and paramilitary training sessions at which the plot was discussed, the Michigan attorney general’s office said in a court filing.

The conspiracy evolved from targeting law enforcement to “politicians in general, and lastly a plot to kidnap Governor Whitmer,” the brief said.

It said each defendant made statements recorded in audio, video or online chat conversations that had “the singular purpose of advocating the Boogaloo ideology with the goal of seeing civil war erupt in the United States and the overthrow of existing governments.”

Defense attorneys said during the hearing that some of the recordings came from third parties and couldn’t be trusted.

Whitmer has blamed then-President Donald Trump for stoking mistrust and fomenting anger over coronavirus restrictions and refusing to condemn hate groups and right-wing extremists like those charged in the plot. Democrat Joe Biden sought to tie Trump to the plot as well, pointing to the president’s tweet earlier in 2020 to “LIBERATE MICHIGAN!”