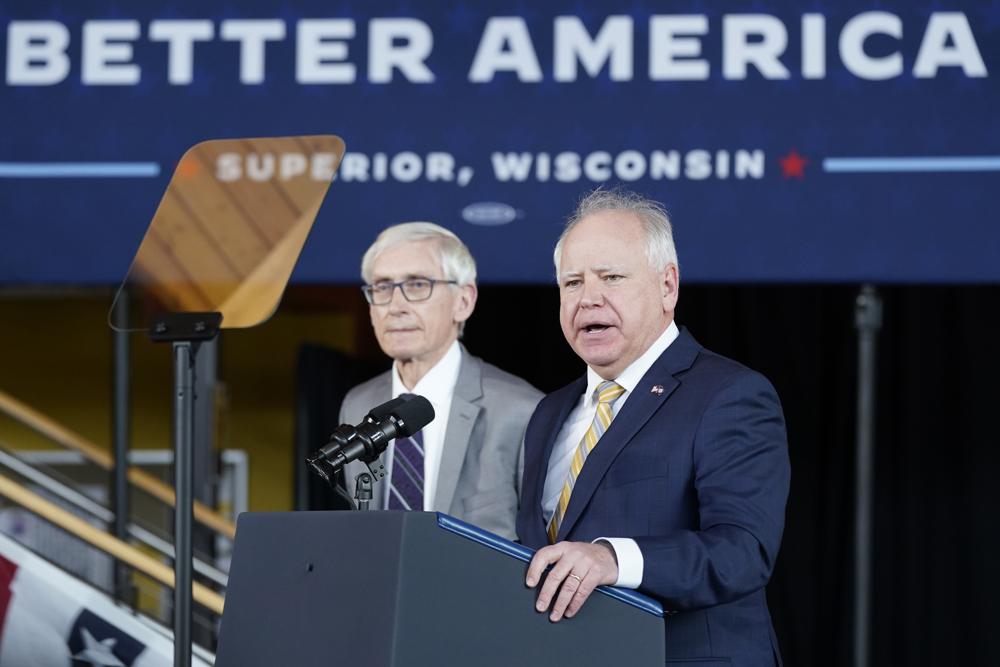 ST. PAUL, Minn. (AP) — Minnesota lawmakers learned this week they will head into the 2023 legislative session with a massive $17.6 billion projected budget surplus, and Gov. Tim Walz said he would like to return some of that money to taxpayers with rebate checks.

“The golden opportunity that we have to make Minnesota an even better and fairer and more inclusive and more prosperous state is there,” Walz said after the state budget agency released the new forecast. “And the opportunity to work together in the legislative bodies to make that happen is there.”

Most of the surplus is about $12 billion in one-time money that will be sitting in the bank for the next budget. It results from stronger-than-expected tax revenues and lower spending. The projection factors in the forecast by the state’s economic consulting firm of a “mild recession” from now through mid-2023.

Walz gave reporters few specifics on how he will propose to use the surplus in the budget that he plans to unveil Jan. 24 for the two fiscal years starting July 1.

He acknowledged his idea earlier this year for income tax rebates of $1,000 for individuals and $2,000 for joint filers got a lukewarm reception from even his fellow Democrats. But he said it could be a “starting point” for negotiations anyway.

The governor also indicated he might support an easing of the state’s partial income tax on Social Security benefits but said eliminating it for the wealthiest Minnesotans is off the table.

Leaders of the new Democratic majority in both houses of the Legislature were noncommittal on rebates but were short on details about how they would like to use the surplus. Republicans, whose influence will be limited now that they have lost control of the Senate, called for tax cuts.

The agency’s previous forecast was for a record $12.1 billion surplus, including about $7 billion that the 2022 Legislature was unable to agree on how to spend because of partisan stalemates.

Budget Commissioner Jim Showalter said the surplus would look smaller if state law allowed him to factor inflation into projected spending. That quirk in state law isn’t usually a big deal when inflation is low, he said, but it has become more important now that inflation is high. Spending projected for the upcoming budget would be about $1.55 billion higher if inflationary cost pressures were included, he said.

Control of the Legislature was split between the Senate Republican and House Democratic majorities for the last four years. But Democrats flipped the Senate in the November election and will take full control of state government for the first time in eight years when the 2023 Legislature convenes on Jan. 3.

Democratic leaders welcomed the opportunities that the enormous surplus will give them.

“The era of gridlock is over,” said incoming House Majority Leader Jamie Long, of Minneapolis. “And we have a trifecta now that the voters have delivered. We have the ability, I think, to move big things. And we’re going to be really focused on what can help Minnesotans afford their lives when we know that many are still struggling.”

Incoming Senate Majority Leader Kari Dziedzic, of Minneapolis, said she has “deep concerns” about the total elimination of Social Security taxes — which had been a Republican priority — because it would cost the state about $500 million per year.

“We know that Minnesotans are being overtaxed,” Demuth said. “Money that could be kept within Minnesotan families to help with high grocery prices and with high energy bills — that money needs to go back to Minnesotans.”

Trisha Ahmed is a corps member for the Associated Press/Report for America Statehouse News Initiative. Report for America is a nonprofit national service program that places journalists in local newsrooms to report on undercovered issues. Follow her on Twitter.