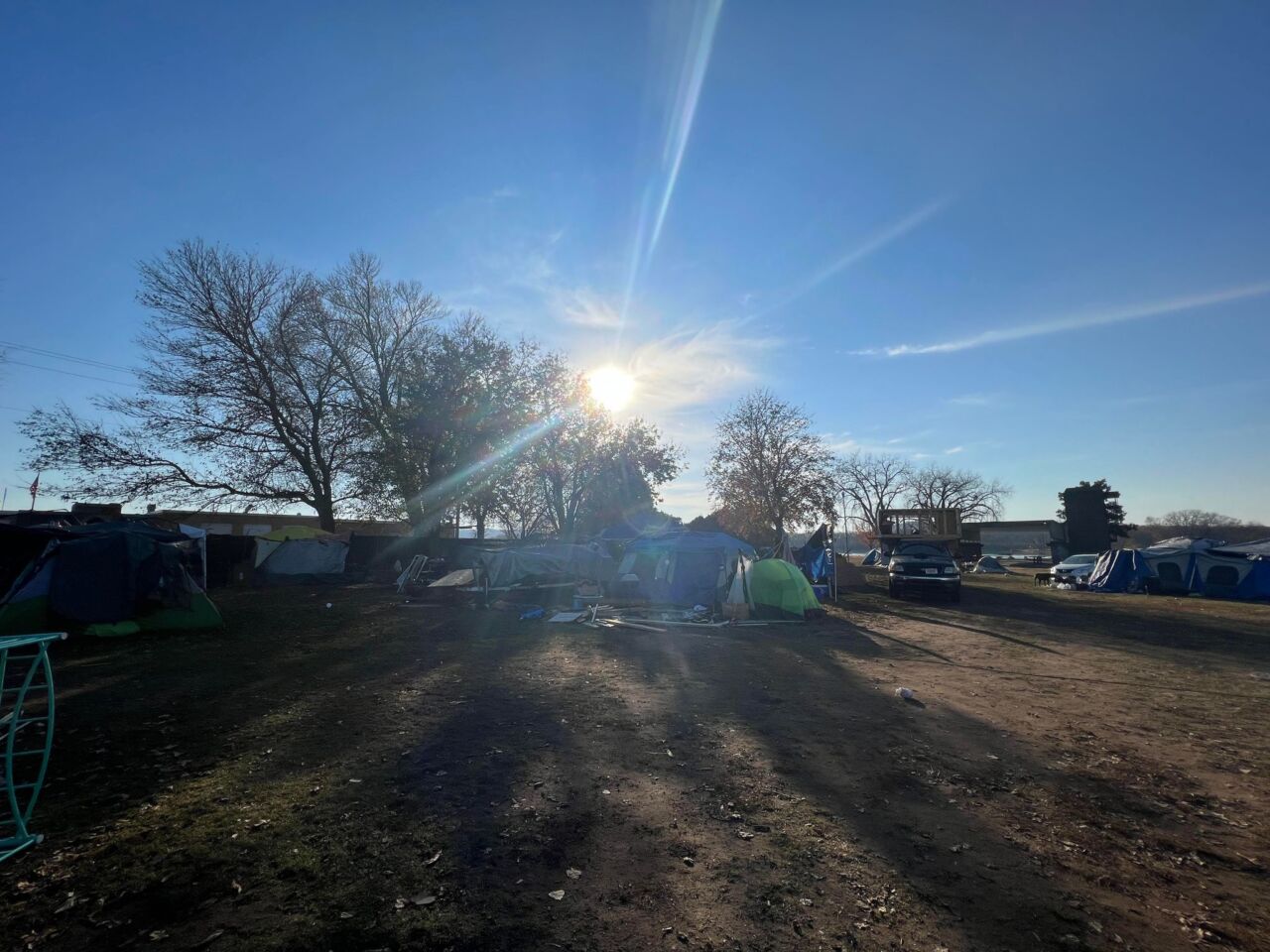 Tents and tarps line Houska Park in La Crosse, on Oct. 31, 2022, a day before the campground designation is set to end. (PHOTO: Rick Solem)

Local governments in La Crosse County have had trouble in the past year finding temporary housing for the homeless.

Attempts to the Chamber of Commerce building downtown, a motel on the south side or a former credit union on the north side “bridge housing” have repeatedly have run into opposition.

Supervisor Roger Plesha was among members voting against the spending, saying he feels the county already owns lots of residential housing.

Plesha worries the plan to do something isn’t enough.

“Frankly, I understand the homeless problem, but I don’t know if we’re going to really put a dent in it with this method,” he said during the meeting. “I just don’t know if this is the way to go.’

Others on the board have expressed doubts about whether families will benefit from bridge housing, while supporters say the new plans are better than having families with kids say at shelters such as the Salvation Army, or at hotels, which was done last winter.

Board chair Monica Kruse says a task force has endorsed that funding.

“And that task force was made up of a fairly broad cross section of the community, including some of the nonprofits,” Kruse said, listing many groups.

A vote on the funds could be taken by the board on Dec. 15.