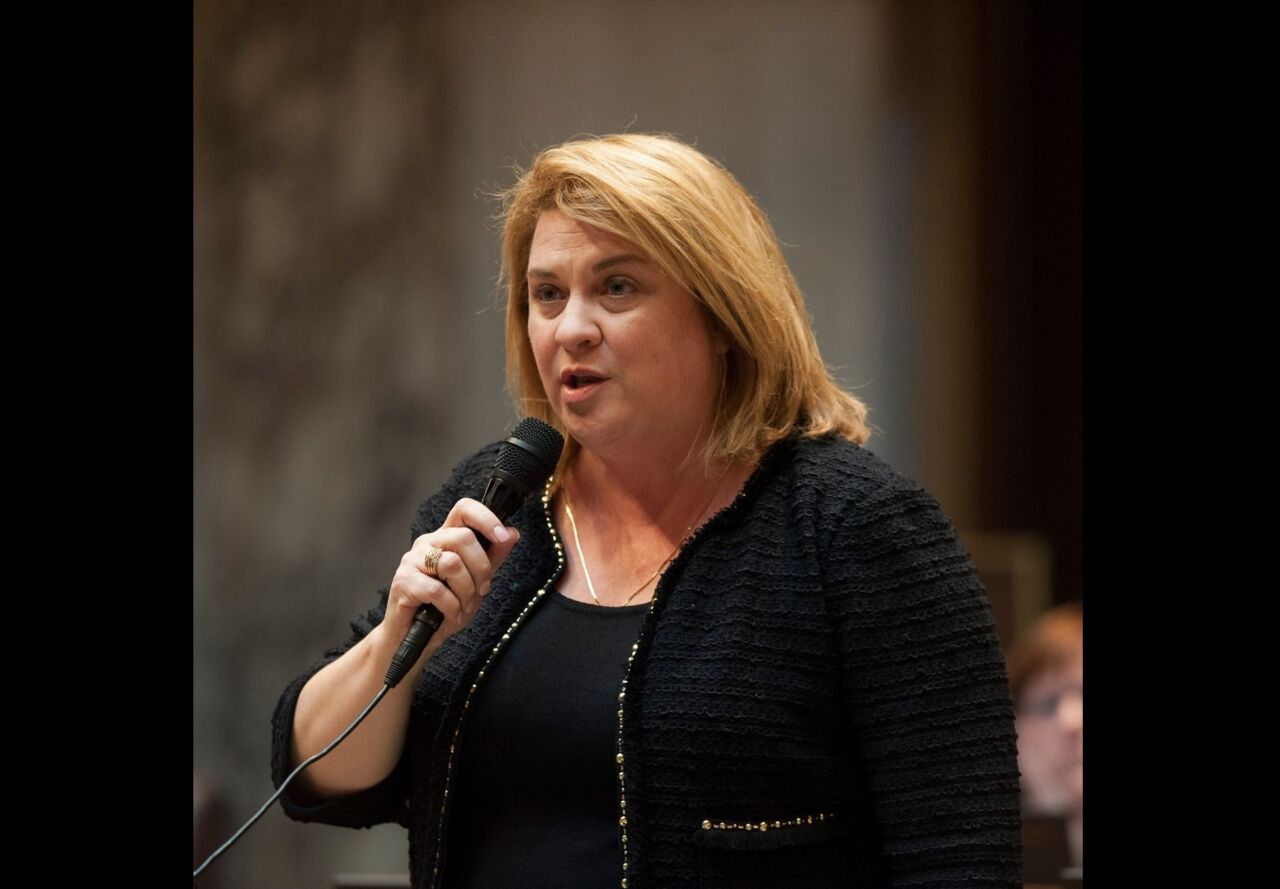 MADISON, Wis. (AP) — Wisconsin state Rep. Janel Brandtjen, who was kicked out of the Assembly GOP caucus by fellow Republicans because they lost trust in her after she pushed election conspiracy theories, is running for an open state Senate seat.

Brandtjen, of Menomonee Falls, is chair of the Assembly elections committee and led calls to decertify former President Donald Trump’s 2020 loss in Wisconsin.

Brandtjen was endorsed by Trump in her reelection win this year. She has frequently butted heads with Republican Assembly Speaker Robin Vos and other party leaders.

An April 4 special election will determine the winner, who will serve the final two years of Darling’s term.

Brandtjen joins Republican state Rep. Dan Knodl, of Germantown, and Robert Albrightson, a Republican from Brown Deer, in the race.

Democratic state Rep. Deb Andraca, who is the third state representative who lives in the state Senate district, decided against a run. There were no announced Democratic candidates as of Monday.

If no Democrats run, whoever among the Republican candidates wins the Feb. 21 primary will advance unopposed to the April 4 general election.