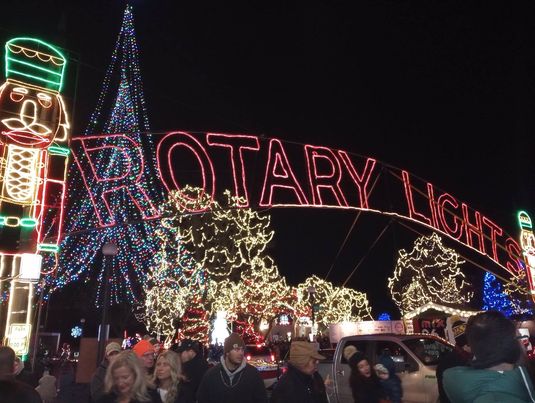 Floats, fireworks, Santa Claus, and millions of Christmas lights were on display for the start of La Crosse’s annual Rotary Lights festival on Friday.

This is the 28th year of the riverfront celebration, which draws thousands of spectators, and has collected about 4 million food items for local pantries since its beginning in 1995.

The traditional holiday parade with decorated floats wound through downtown La Crosse into Riverside Park, and the Coulee Chordsmen sang seasonal tunes before and after Santa threw the giant switch to set off the fireworks, followed by all the lighted displays going live.

After the lighting ceremony, there was a little traffic congestion at the entry point into the park.

Roadblocks were set on State Street just before the park entrance, and starting this year, cars have to come in and out by way of Front Street to the south of State Street.

Rotary Lights continues every night through New Year’s Eve. Last year, high winds caused damage in the park, which shut down the display for two nights in mid-December, before dozens of volunteers helped get thing running again.