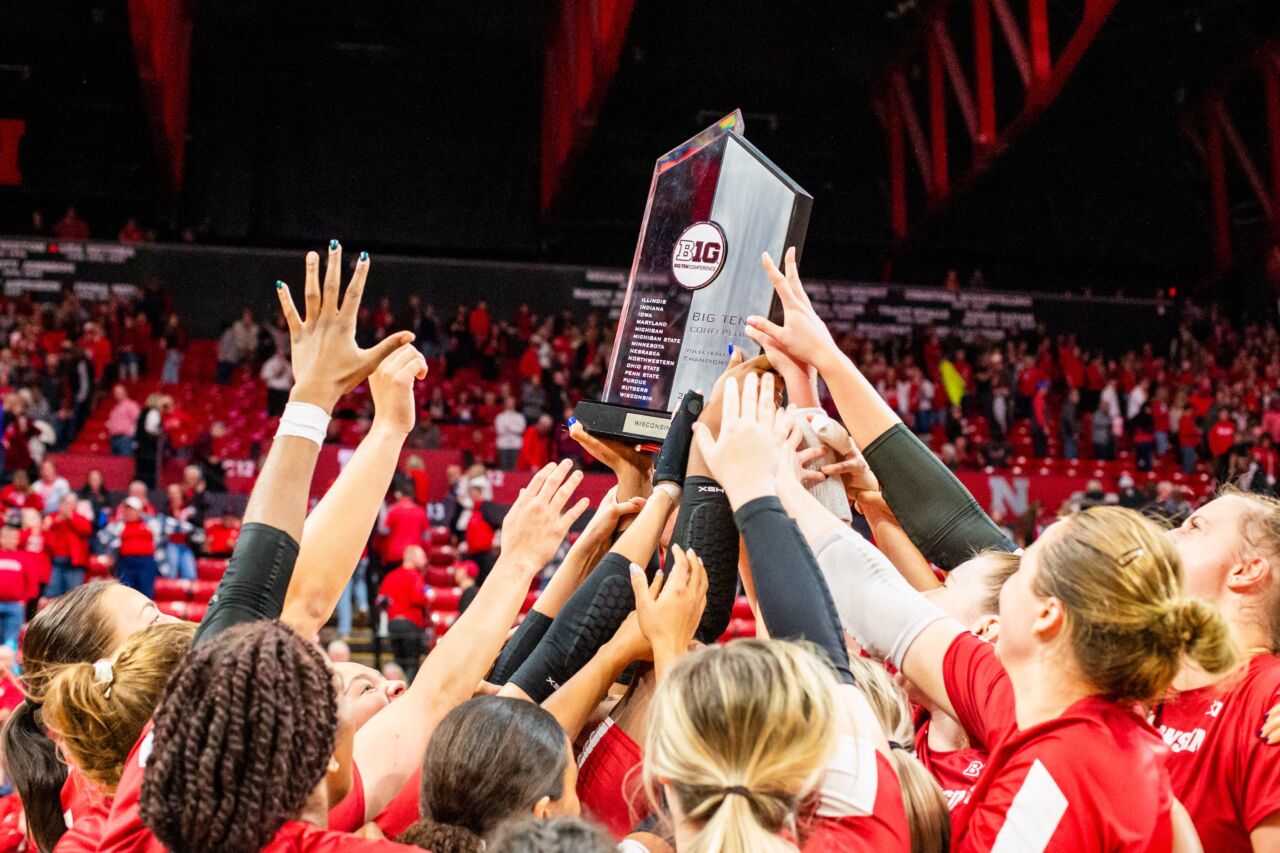 A week from the NCAA tournament, the third-ranked University of Wisconsin volleyball team took down No. 5 Nebraska on the road 3-1 Friday night to clinch the Big Ten title over the Cornhuskers.

Devyn Robinson had 16 kills, while setter Izzy Ashburn added 28 assists, nine digs for the Badgers (24-3, 18-1), who have won four consecutive conference titles and 17 matches in a row.

Wisconsin now faces eighth-ranked Ohio State (19-8, 15-4) on the road at 6 p.m. Saturday, before the NCAA tourney starts Friday, where the Badgers will defend their National Title.