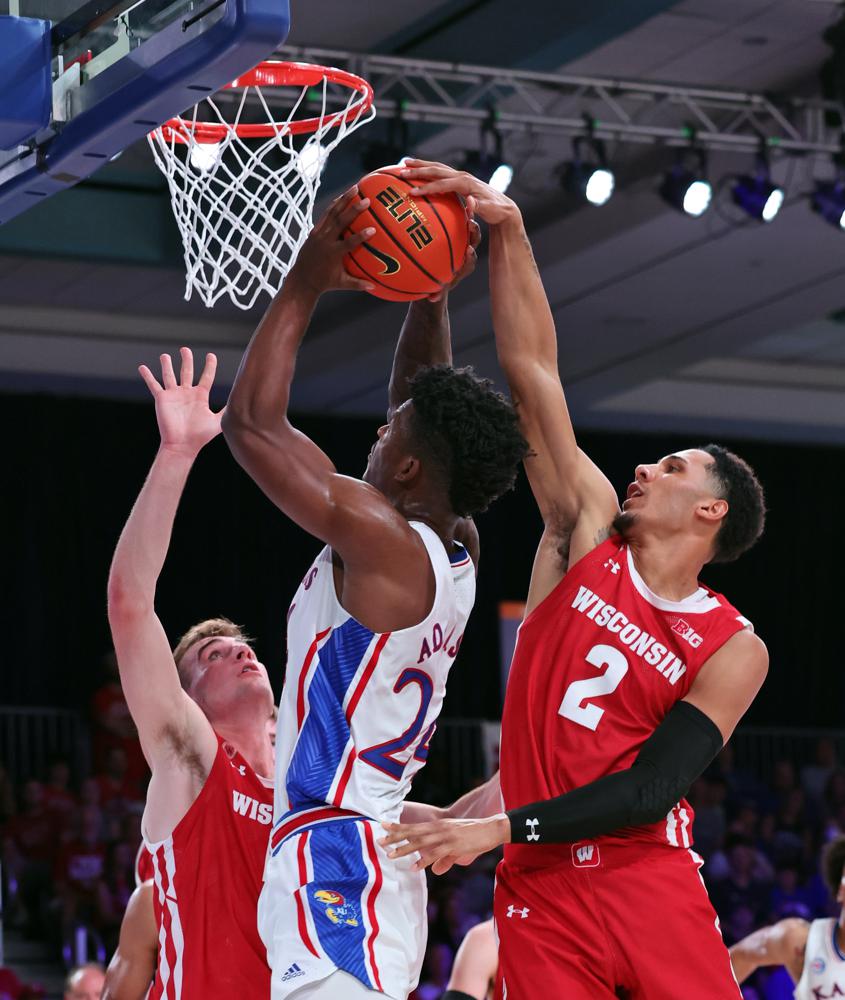 A final-second loss to No. 3 Kansas on Thanksgiving, for the University of Wisconsin men’s basketball team in the semifinals of the Battle 4 Atlantis tournament from the Bahamas.

Bobby Pettiford Jr. ran in from near midcourt for an offensive rebound, and put in a twisting reverse with .2 seconds left in overtime to give the Jayhawks a 69-68 win.

“I mean, I normally don’t crash but that’s the one time I get to crash,” Pettiford said.

La Crosse native Jordan Davis played just 18 minutes and didn’t score, going 0-for-5 from the field, 0-for-3 from deep. He had four rebounds and an assist. He did not, however, get credit for a block, which can clearly be seen on the above picture.

That coming off a Wisconsin 44-43 win over Dayton the day before, where Davis was just 1-for-7 from the field, scoring two in 32 minutes.

Against Kanas (6-0), Wisconsin (4-1) rallied from down 15 early in the second half, led by Tyler Wahl, who had 14 of his 23 points after the break. That included a run of nine straight for Wahl, when Wisconsin was down eight with just over 3 minutes to go in regulation.

Wahl also gave the Badgers a one-point lead with 21 seconds to go in OT, setting up the heroics for Kanasas.

Wisconsin gets Wake Forest at the Kohl Center on Wednesday night.