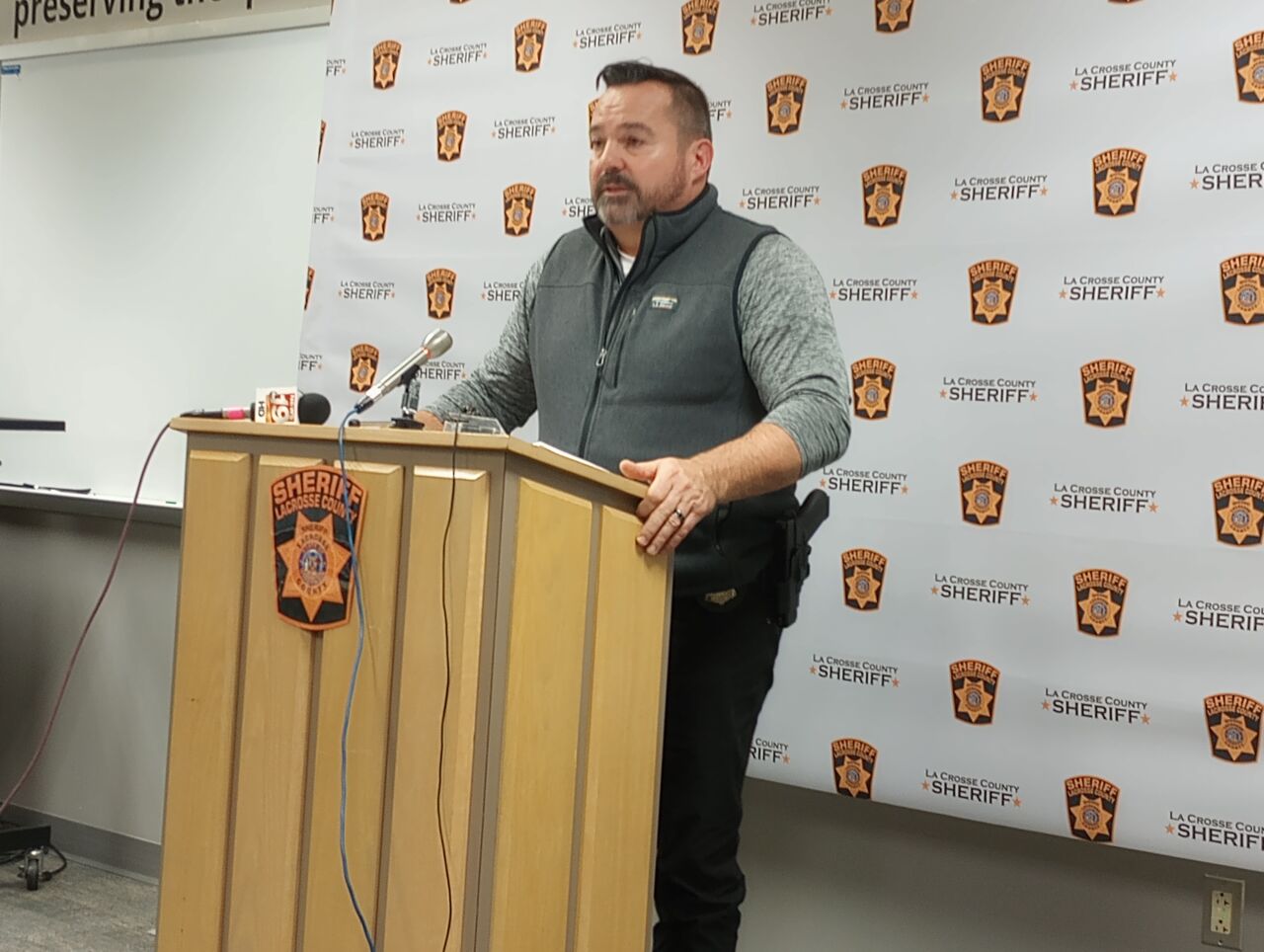 Fritz Leinfelder has conceded the race for sheriff of La Crosse County, following a partial recount of the votes in the Nov. 8 election.

The Republican Leinfelder congratulated Democrat John Siegel on his victory Monday, by a margin of 176 votes.

“Despite the hard work put in by my supporters, I must congratulate John Seigel on his victory,” Leinfelder said from the department offices on Monday. “The Sheriff’s Office has many upcoming challenges, and I can best support my community of La Crosse by conceding the election at this time.”

Leinfelder requested a recount of 13 wards in the city of La Crosse, where many of the college students voted.

“I make this decision reluctantly in light of the fervor of my support and continued questions about whether college students should vote in their hometowns or in the city in which they temporarily go to school,” Leinfelder continued. “In this election, (UW-La Crosse) students represented a large bloc and altered voting in many local races they may not have had a strong opinion, such as the $194 million La Crosse school referendum.

“Ward 9 and 10, two of the campus voting wards, were the only two wards in the entire referendum that voted yes. I believe this issues should be reviewed — but not in this year’s sheriff’s election.”

Prior to conceding, La Crosse County Clerk Ginny Dankmeyer said in a statement earlier Monday: “The time to object to a voter’s eligibility based on their residency is on Election Day at the polling place, not at a recount. State law acknowledges that college students may move frequently, and provides special exceptions for them.”

Dankmeyer added students have a right to vote if they have lived within a ward for at least 28 days, among the other qualifications, and that whether they’re a student or not does not determine residency for voting eligibility.

Dankmeyer added that the Board of Canvassers denied Leinfelder’s objection to the recount, after it was reviewed.

Leinfelder sought the recount out of concern for same-day registration and the practice of permitting college students to vote in local races outside of their hometowns.

Leinfelder told reporters that he decided against a legal challenge of the results, partly because the appeal could take more than a year and become “all-consuming.” Siegel will begin a four-year term as sheriff at year’s end.

Siegel picked up one vote after the recount was completed Friday, winning the race by 176 votes.

Both candidates are long-time employees of the La Crosse County Sheriff’s Department.

Siegel is currently the La Crosse County Sheriff’s Office Investigative Captain, while Leinfelder works under him as an investigator.

Leinfelder added that he and Seigel were proud to have run clean campaigns with no negative ads.