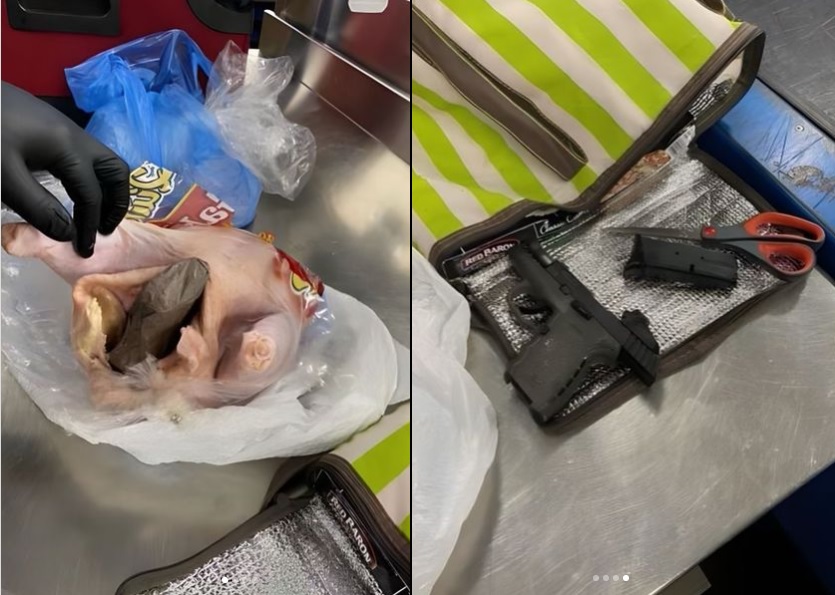 FORT LAUDERDALE, Fla. (AP) — Security officers at a South Florida airport have reported finding a handgun hidden inside a raw chicken packed in a traveler’s luggage.

The Transportation Security Administration posted photos of the gun and poultry last week on its official Instagram account. The weapon was recovered at the Fort Lauderdale-Hollywood International Airport.

The post didn’t identify the traveler who was transporting the weapon or whether any arrests were made.

According to the TSA, fresh meat, seafood and other non-liquid food items are permitted in both carry-on and checked bags, as long as they are packed in ice. Unloaded firearms are allowed to be transported in checked bags, but they must be declared at the ticket counter and packed in a locked hard-sided container.