Can Wisconsin Gov. Evers and GOP Legislature work together? 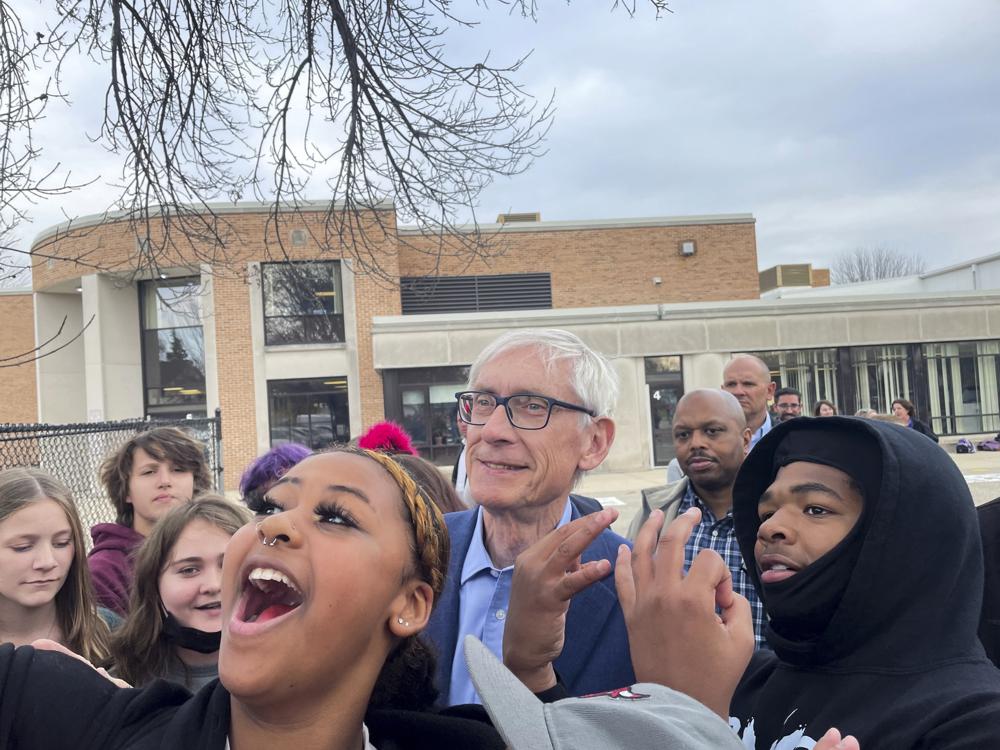 MADISON, Wis. (AP) — Can newly reelected Democratic Gov. Tony Evers and the even-more Republican Wisconsin Legislature work better over the next two years than they did the previous four?

That’s where the state’s projected budget surplus stands, a massive number that will hang over Evers and lawmakers as they look ahead to what they want to do with that money.

“Having this good situation could be, and should be, an opportunity to bring everyone together,” said Jason Stein, research director of the Wisconsin Policy Forum. “But it certainly could also be an opportunity to fight and disagree over how to use the money.”

Both sides have staked out priorities, not all of which conflict, but neither faction has shown much of an ability to work together, with Evers vetoing more than 120 bills over the past four years and rarely talking with Republican leaders. And the Legislature ignoring 11 special sessions called by Evers over that time, gaveling in and out in seconds without so much as a debate.

Also on the horizon: Fights over the state’s 173-year-old near-total abortion ban, election law changes, marijuana legalization, parole policies and what to do about PFAS pollution.

Republican Assembly Speaker Robin Vos, in an interview Thursday on WISN-AM, suggested he would compromise with Evers if it means enacting conservative priorities, such as tax cuts. Vos also appeared to oppose seeking new restrictions on voting. Evers has vetoed several voting law changes this year.

“The number one thing for us to remember is that when Tony Evers won reelection, that means that our chances to change current law pretty much stopped on elections,” Vos said.

Vos and Senate Majority Leader Devin LeMahieu were both reelected as leaders of their respective caucuses in closed door meetings Thursday. They will preside over larger Republican majorities that are collectively just shy of a two-thirds supermajority.

While Vos hinted at potential compromise, LeMahieu said in a statement that he looked forward to the Senate being an “effective check on Tony Evers’ liberal agenda.”

Evers has given a fairly detailed preview of what his priorities will be.

In August, he proposed spending $600 million of the surplus on tax cuts, including cutting income taxes for the middle class by 10%. Republicans summarily rejected the idea as a campaign ploy.

His top priority, Evers said at a stop Wednesday at a Madison middle school, will be on increasing funding for public schools.

Vos said he was open to spending more on schools, but only if Evers bends on his opposition to universal school choice. Vos told reporters during a brief question-and-answer session Thursday afternoon in the state Capitol that he would like to tie any additional funding for schools to reforms to improve student skills that eroded during the COVID-19 pandemic.

All of Evers’ proposals have to win approval from the Legislature, which summarily rejected most of what Evers wanted in his first term.

“I’m not all that foolish. I understand there’s a whole bunch of Republicans in the Legislature and we need to work with them, and we’ll do the best we can,” Evers said. “But obviously we will not do things that are simply against our core feelings.”

A case in point: abortion.

“I don’t see a way to solve this legislatively,” Evers said Wednesday, voicing confidence in the chances of winning the lawsuit.

Vos on Thursday called on the Legislature to pass a bill granting rape and incest exceptions to the state’s abortion ban to prevent the lawsuit from overturning the entire law.

Evers said during the campaign that he would veto any bill granting exceptions because he wants to see the entire ban overturned.

Vos said he wanted to test Evers’ resolve on that issue by passing a bill with exceptions.

Senate Republicans have also stymied Evers on appointments, refusing to confirm the governor’s picks and thereby allowing Republican appointees to remain in their positions. Evers called on LeMahieu to take action to allow his picks to take over.

Evers pointed to his 3-point reelection win — three times his victory margin in 2018 — as a sign that Wisconsin residents back his agenda.

“At some point in time, the will of the people will become the law of the land, and I hope that happens within the next four years,” Evers said.