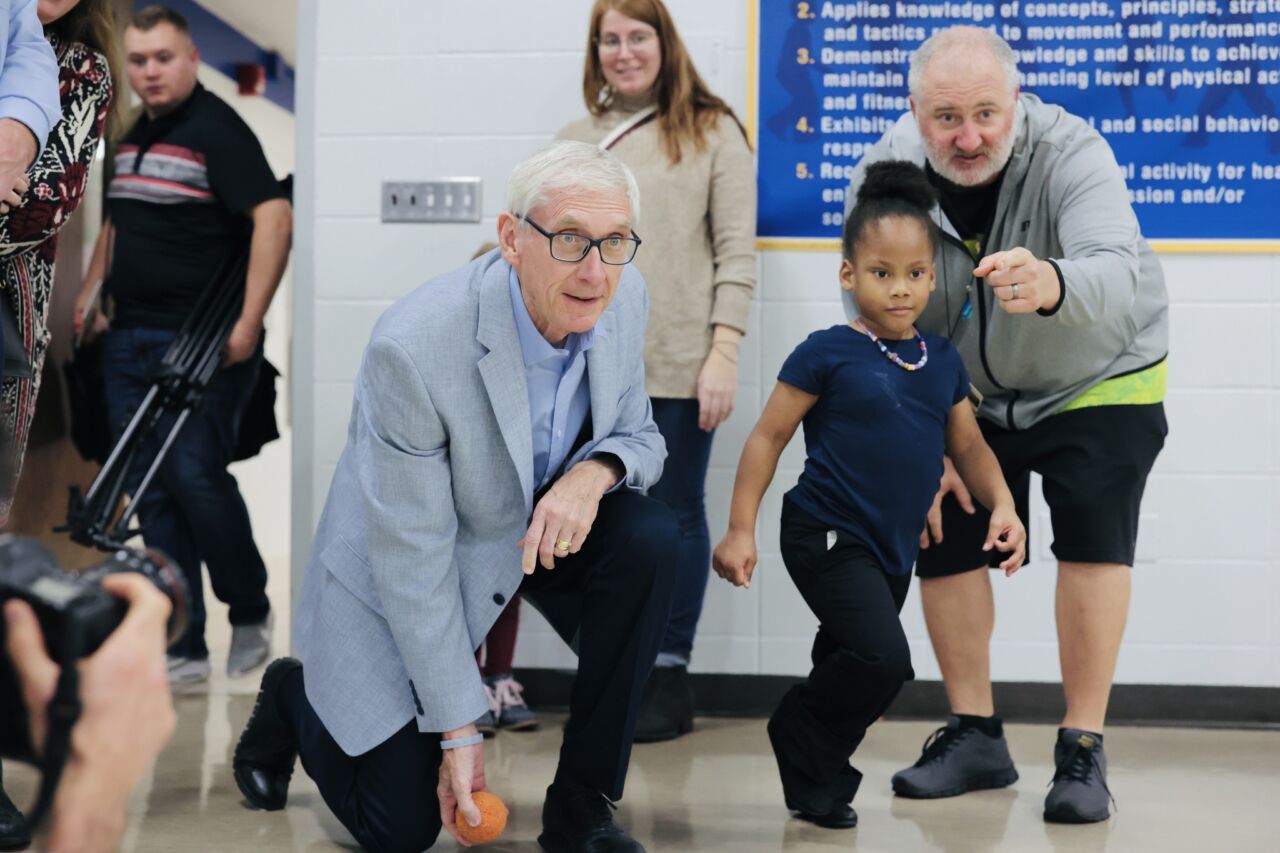 Now that the election season is over, and he’s been given another four years on the job, Wisconsin Gov. Tony Evers found some time to return to his roots, as an educator.

Evers, on Thursday, toured Summit Elementary School on French Island, and found first and second graders knew who he was from his TV campaign ads.

That surprised at least one Summit teacher who said her “mind was blown” that students knew the governor’s name.

Of course, during the campaign, many TV ads portrayed Evers as a former educator who either didn’t care about Wisconsin schools or had failed to help education.

Some students asked him about how they made the political commercial. Evers telling them one 30-second ad might take five hours to film.

The Democratic governor hopes to persuade Republicans, especially from smaller Wisconsin towns, to invest more in education because it can benefit communities.

Evers was a teacher and principal in Tomah, Wis., early in his career. As for his current job, the governor is hoping legislators will want to return to work before January, so they can vote on possible tax cuts.

“If they want to come in earlier and tackle some of these things, that’d be great,” Evers said. “They haven’t been around, since March, so it’d be nice to see them again.”

The state Legislature has been off since mid-March and been sitting on an ever-growing budget surplus that’s estimated to be around $6 billion.

Evers hopes that Republicans who run the legislature will be more willing now to pass his bills and approve his appointees than they were before the election.

“It’s just crazy not to have people, either in positions that they’ve never been approved, or they’re waiting to have someone vacate the position,” he said. “We have to get this done.”

That includes a Wisconsin DNR policy board member, who’s six-year term ended last May. He has refused to leave the post and the state Senate never put his successor’s confirmation hearing on the calendar.

The Wisconsin Supreme Court later ruled that people in those positions now don’t have to leave, unless they die, resign, are removed or the successor is confirmed by the Senate.

The DNR policy board member, Fred Prehn, was appointed by Gov. Scott Walker. His being replaced by an Evers’ appointee would swing the DNR board from conservative control.