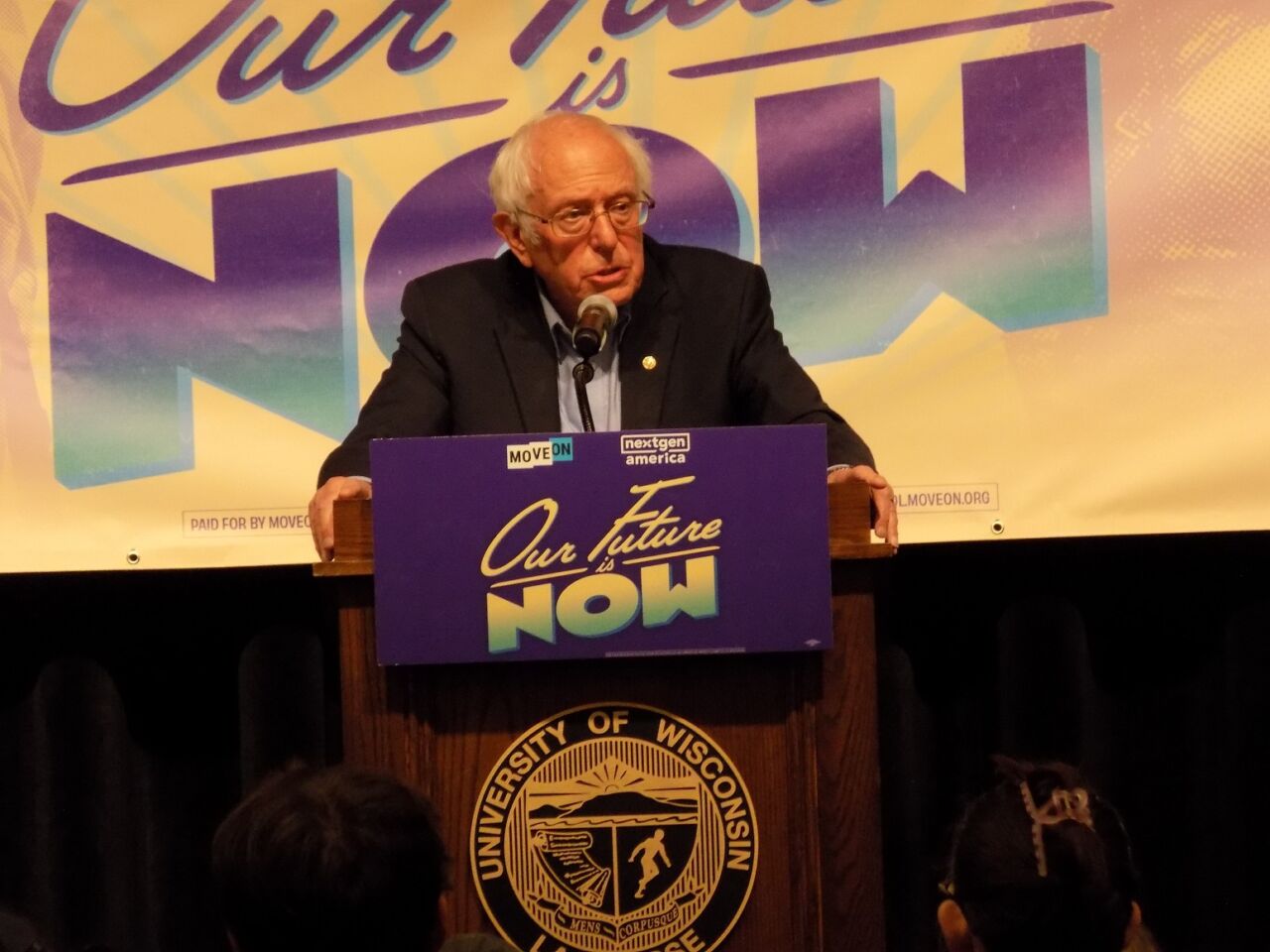 Dozens of college students and area Democrats greeted Vermont Senator Bernie Sanders on Friday, as he led a get-out-the-vote rally on the UW=La Crosse campus.

In a speech at the student union, Sanders said Wisconsin voters can play a “very pivotal role” in helping Democrats retain control of the U.S. Senate, which is now split 50-50. He promoted the campaign of Democratic Lt. Gov. Mandela Barnes, who is seeking to unseat two-term Republican Sen. Ron Johnson. Both Barnes and Johnson have campaigned in the La Crosse area in the week before the election, in what pollsters claim is a tight race.

Sanders says Johnson doesn’t believe in a minimum wage, and he argues that 60 per cent of Americans live paycheck to paycheck. He also criticized the Supreme Court decision reversing Roe V. Wade as “incomprehensible,” and called health care a “human right,” saying that’s not a radical idea.

Sanders called on members of the audience to bring their friends out to vote in the mid-term election. La Crosse was one of four scheduled stops in Wisconsin for the senator, who won the state’s presidential primary in 2016, losing the Democratic nomination to Hillary Clinton.