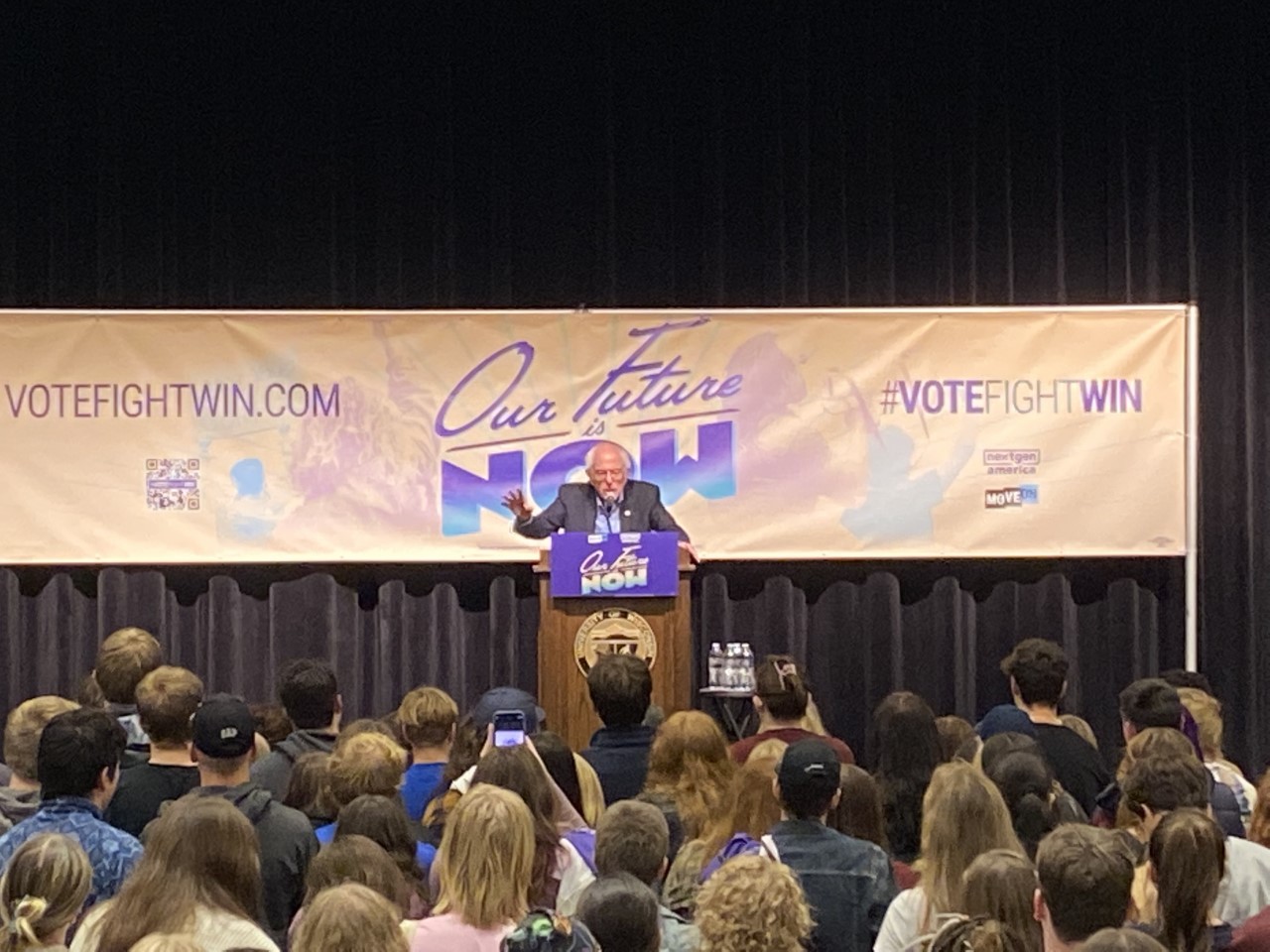 What do hundreds of progressive college students and an 81-year-old have in common?

Not much, unless those students are attending an Our Future is Now rally, and that man is US Sen. Bernie Sanders (I-Ver.).

Sanders made an appearance at UW-La Crosse on Friday afternoon as part of a nationwide tour organized by NextGen America. He spoke to over 300 college students and community members at the UWL student union.

The goal of the Our Future is Now tour is to endorse democrats running in the midterm elections and encourage young people to get out and vote.

Record numbers of young voters have turned out in recent elections. In 2020, an estimated 50% of voters between the ages of 18-29 took to the polls, when compared to only 39% in the 2016 election.

Immigration, reproductive rights, climate change, and healthcare were all issues addressed during the rally.

According to Cristina Tzintzun Ramirez, president of NextGen America, young people have been key in getting important legislation passed, such as the Inflation Reduction Act and student debt forgiveness.

“At NextGen we don’t put our hope in any single one politician or party, we put our hope in y’all. In America’s young people.” Tzintzun Ramirez said. “Because every time our country has made a great leap forward it required the courage, the imagination, and the impatience of young people to make it so.”

Sanders took the stage to voice his support for Wisconsin Gov. Tony Evers and his Lt. Gov., Mandala Barnes, who is running for U.S Senate.

“Millions of men and women in uniform have put their lives on the line to defend our democracy and to many of them died in the process,” Sanders said. “In memory of them and everything this country is supposed to stand for, we cannot allow (Donald) Trump and his friends to destroy American democracy.”

He also stressed the importance of voting in midterm elections, which don’t always get as much attention as presidential races. He said that, despite the fact that most Americans don’t know who represents them at a state level, these elected officials can be the most influential.

“I want to tell you from the bottom of my heart that this is the most consequential midterm election in modern history of this country, and it could well be that your state of Wisconsin plays a very pivotal role in determining your futures and the future of this country.”