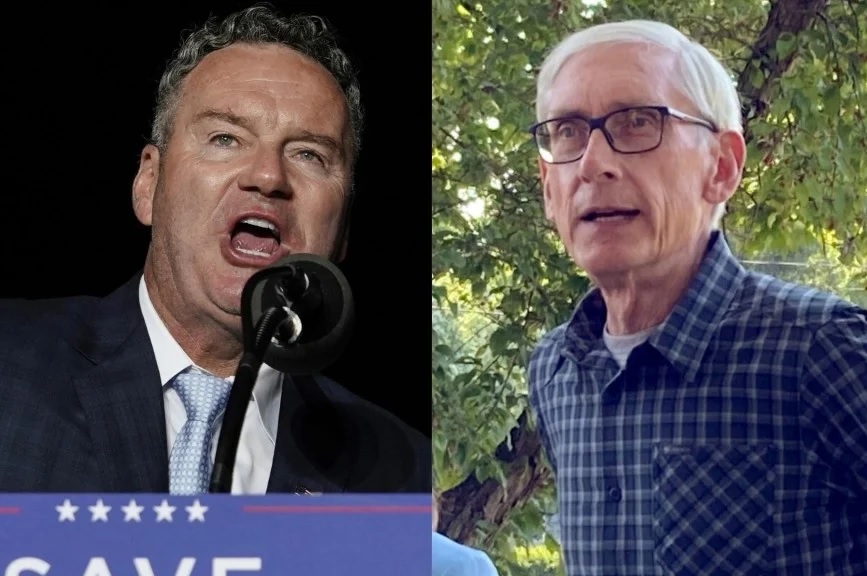 The Republican nominee for governor of Wisconsin may be hoping history repeats itself at the polls next week.

“We know that the people of Wisconsin are overtaxed right now,” Michels said Wednesday on WIZM’s La Crosse Talk with Mike Hayes. “How do we know that? There’s a $5.8 billion (budget) surplus right now in Madison. Gov. Evers is running around saying, ‘That’s a good thing. Look, I overtaxed the people.’ As a frugal, conservative business man, I think that’s a bad thing.”

Evers, as far back as January, has made multiple proposals to the GOP-controlled state Legislature to do something with the budget surplus. Nothing has been done.

The budget surplus has grown out of higher-than-expected tax revenue collections, largely due to higher income, consumer spending and corporate profits.

Minnesota has an even larger budget surplus, over $9 billion — part of which was distributed by the state to front-line workers in the form of checks.

The Department of Administration projected last month the state’s ending balance at the end of the two-year budget cycle would be roughly $5 billion.

Michels said that lowering taxes would help the state’s economy more than sending rebate checks to voters, as Dreyfus did.

The first of Evers’ proposals, included investments in childcare, education and $150 checks to every resident. In August another Evers’ proposal ignored by the state Legislature called for using the surplus on a 10-percent tax cut for individuals who earn less than $100,000 per year and families who earn less than $150,000. On top of that, Evers called for restoring the homestead tax credit, property tax relief for disabled veterans, an expanded child care and dependent care tax credit and a cap on insulin costs.

Michels believes schools and law enforcement would benefit from a change in state finances.

“It’s been proven that by people having more of their own money, that they earned, in their pockets, that will help perpetuate our economy and that will provide for more tax revenue for schools and roads and law enforcement,” Michels said.

Local governments, including La Crosse, have called upon the state for funding help, otherwise cuts to things like fire, police and libraries would have to come.