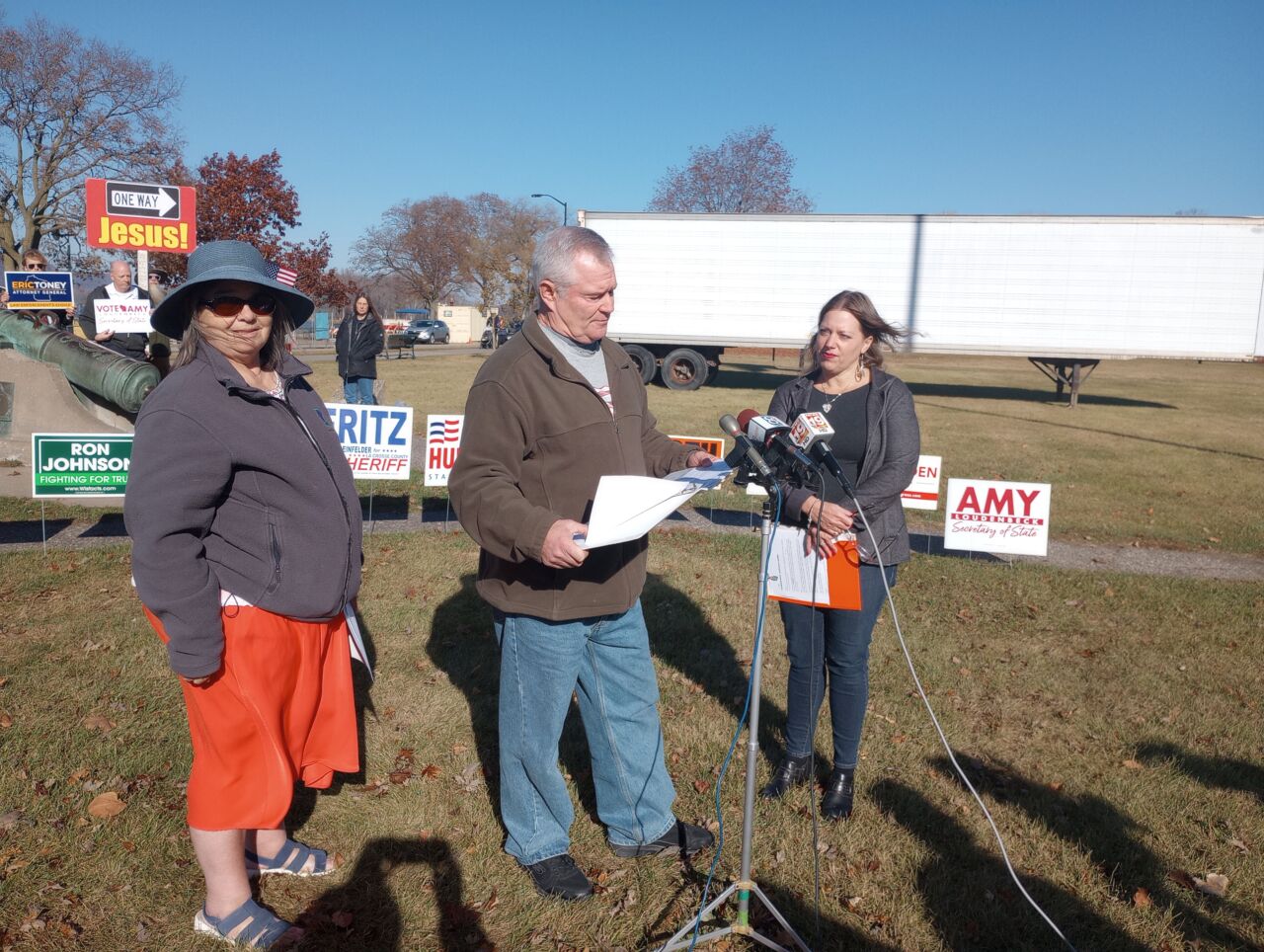 Tom Sweeney (center) speaks at a Riverside Park news conference on Tuesday, Nov. 1, 2022, held by the Save Your Rights Coalition of La Crosse (PHOTO: Brad Williams)

The Save Your Rights Coalition of La Crosse is backing candidates in races from county sheriff to governor and senator.

Members of the coalition said at the rally Tuesday their group is nonpartisan, and they’re appealing to independents to back their candidates. With the exception of one third-party candidate, all the endorsements have gone to Republicans.

They also oppose the La Crosse school district referendum to merge Central and Logan at a Trane Company office building.

They send the message “Vote now while you still can!” — a note of caution about future elections.

The coalition noted it’s backing candidates “who appear most likely to honor the U.S. Constitution.”