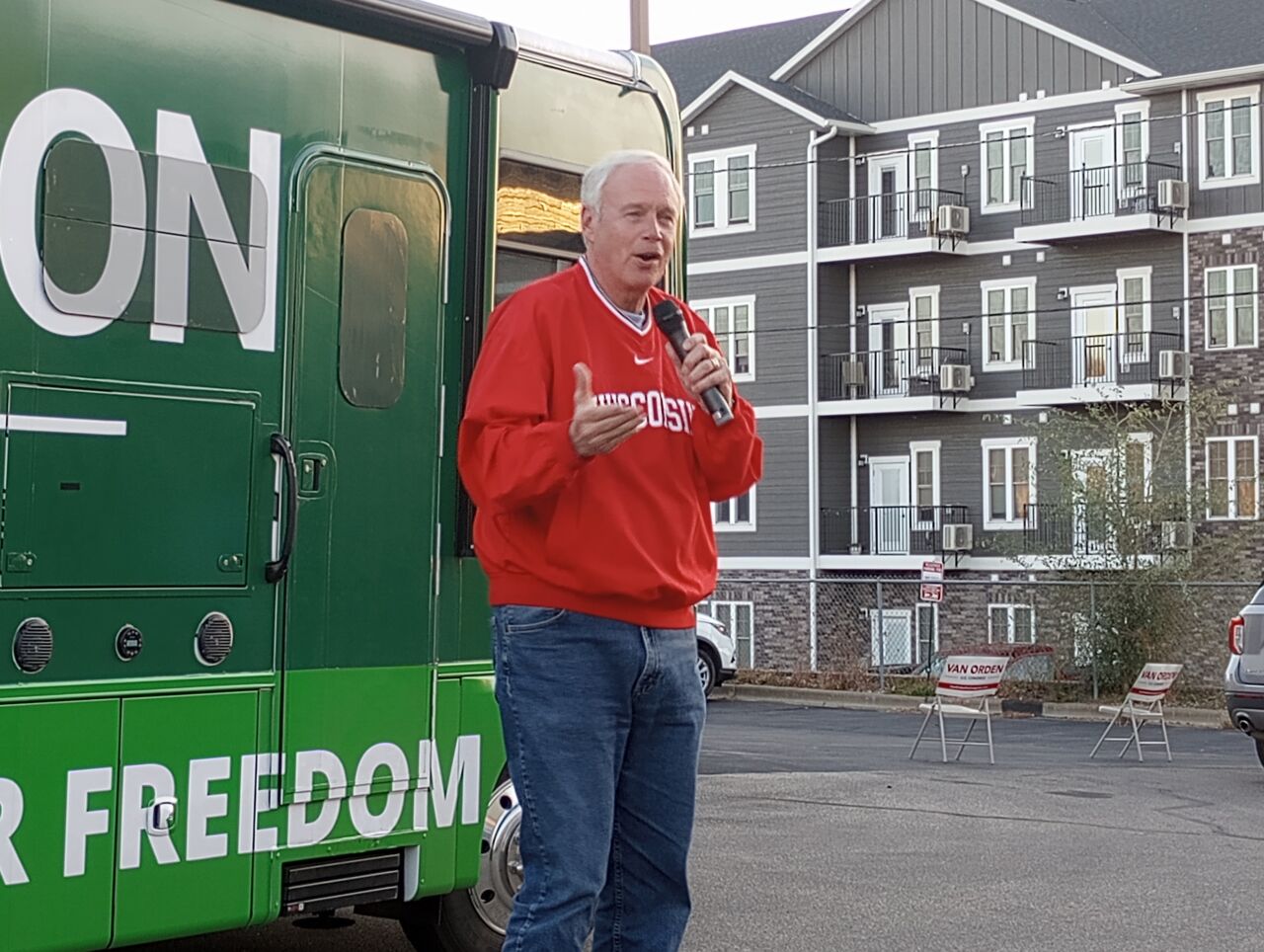 The November election comes down to truth versus lies, according to US Sen. Ron Johnson of Wisconsin.

Wrapping up his campaign for a third term, the Republican is crossing the state in a campaign bus and was in Onalaska for a rally Tuesday at the local GOP headquarters. There, Johnson said his opponent, Wisconsin Lt. Gov. Mandela Barnes, and other Democrats, don’t speak about reality.

Johnson has continued his claim that Barnes has “contempt for America,” and called former President Barack Obama, who campaigned in Wisconsin last week, the “deceiver-in-chief.”

Johnson took a long time deciding whether he was going to run this year — which could be his third term — changing his mind about serving just two terms, as he initially promised. Johnson concluded that he needed to help the country.