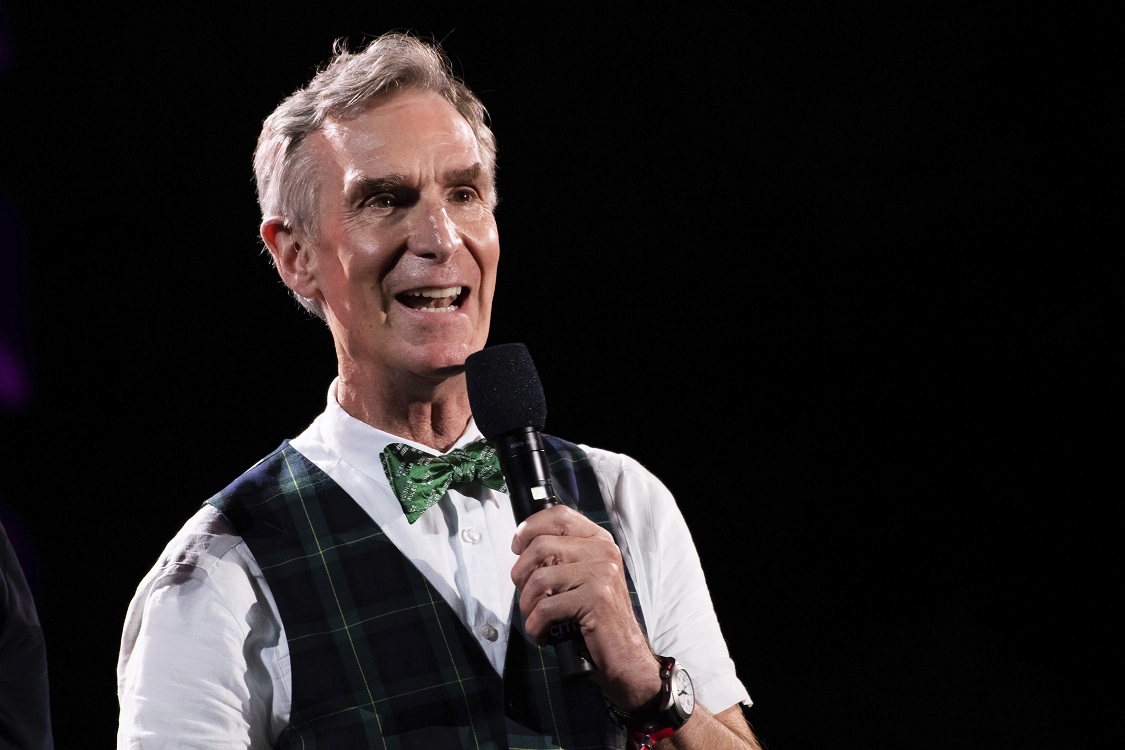 Tickets are still available for the 7 p.m. presentation, though they went so fast to students when it was announced, the event had to be moved to the gym. Around 1,000 students grabbed tickets in two days and it’s expected 2,000 will be in the audience at McCown Gymnasium.

Nye’s presentation will be in two parts, according to WSU director of the Student Union & Activities, George Micalone.

“He’s going to give his own talk on harnessing science to change the world,” Micalone said of the first two-thirds of the event. “Whatever that means to him, whether that’s climate change related or something else.”

The second part will be a little more personable with Nye and a WSU science faculty member in what’s more of a one-on-one moderated discussion with the university’s preplanned questions.

“Some of the things we proposed were to talk about,” Micalone said, “how he’s stayed relevant over the years, how does he feel to be iconic in science education, what advice does he have for future science educators?

“So those types of questions is what we see the last portion of the presentation to be about.”

“He’s been in the classroom of middle school and high school students for decades — possibly, even college related courses, I think used … some faculty told me they’ve used his stuff from time to time to help explain concepts,” Micalone said. “And so, he’s helped make science palatable for years.”

Tickets are still available and are $20 for the general public, $10 for students and $15 for faculty/staff. They can be purchased here.

The event is hosted by the WSU Lyceum series, which has been doing presentations like this for Winona and Rochester communities since 1989. The series provides unique cultural enrichment and educational opportunities and aims to provide speakers in a variety of topics, such as the sciences, the arts, politics, literature, popular culture, and more. Funding is provided by the WSU Foundation and Student Life fees.