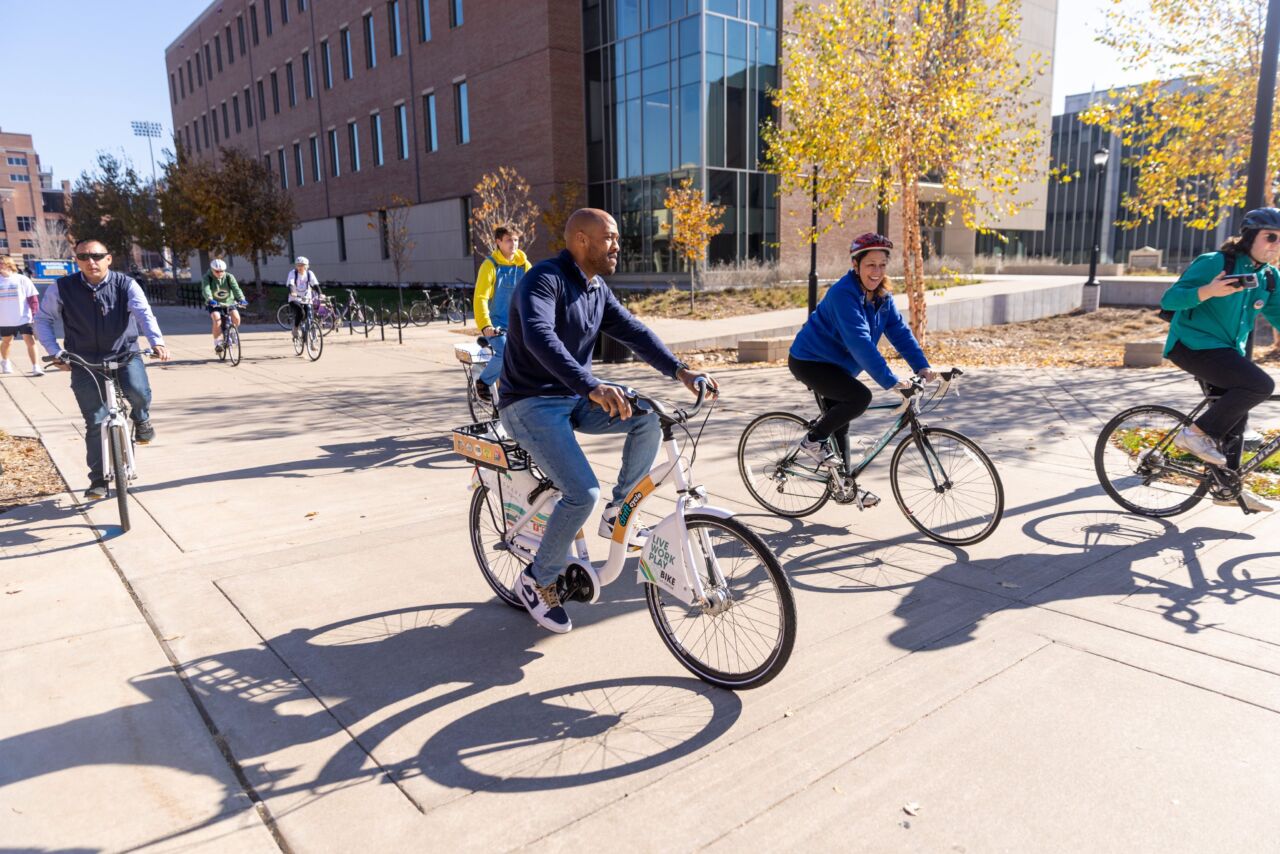 On Halloween of 2018, a caravan of Wisconsin Democrats campaigned at UW-La Crosse for the fall election, led by candidates Tony Evers and Mandela Barnes.

This year, Lt. Gov. Barnes returned to the La Crosse campus again on Halloween, this time as the main attraction — a candidate for U.S. Senate.

The 35-year-old spoke outside the student union Monday, before leading a bicycle ride to City Hall for early voting. The event was called “Pedal to the Polls.”

“The deck has been stacked against so many of us,” Barnes said, “and this is a hard-working state. People aren’t looking for a handout, people just want a fair shot. That’s why you go to school, that’s why you study hard.”

It was a big event for members of the Campus Democrats, including Aryelle Moder.

Moder added that the Democratic group has been out encouraging people to vote.

Barnes has been portrayed in many campaign commercials as dangerous and soft on crime. He wants to set the record straight.

“These all are distortions,” Barnes said. “On top of that, our administration invested historic sums of money into law enforcement,” of around $100 million.

He added that his opponent, US Sen. Ron Johnson, voted against that funding and decided to play politics.

Meanwhile, Johnson, 67, will be on a bus tour of his own, making multiple stops, including in Onalaska from 4:50-5:35 p.m. at the La Crosse County Republican Party headquarters (map). RSVP to the event here.

Vermont US Sen. Bernie Sanders is scheduled to headline an event at UW-L from 4-6 p.m. Friday, to get out votes for Democrats.