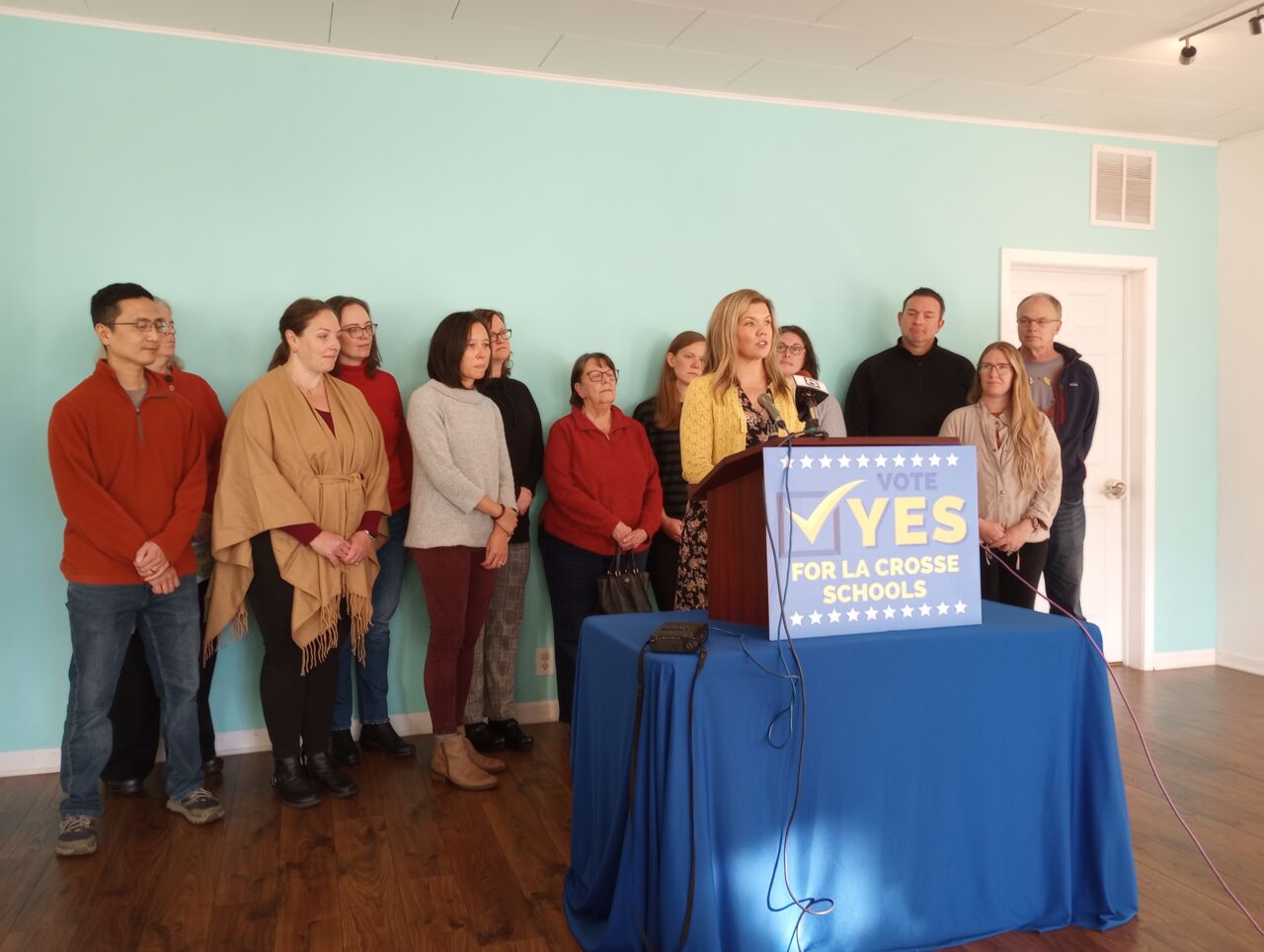 Members are urging passage of the $194.7 million plan on the ballot, which would convert a Trane Company office building into a new high school combining Central and Logan.

Former La Crosse County board chair Tara Johnson, working with the committee, said Monday the tradition of high schools at both ends of the city has to change.

One organizer of the Vote Yes group, Kathryn Skemp Moran, is a Logan High graduate who attended the school when it had an enrollment around 1,200. She says it’s now down around 700.

“The population (at Logan) has decreased by nearly half,” Moran said. “We are no longer a community that can support two high schools.”

Moran argues that students at Logan and Central have found themselves working together on sports and arts projects, and many of them would like a merger of schools.

Three major problem areas with the current system are deficits, a falling enrollment and maintenance costs.

The Vote Yes group says merging Logan and Central High schools into a new building could save the school system close to $5 million a year.

Yard signs have been posted around the city, calling on voters to oppose the referendum and save Logan High School. The Vote Yes group says Logan — and Central — would still be used as a middle schools if the merger occurs.

More information on the merger can be found here.