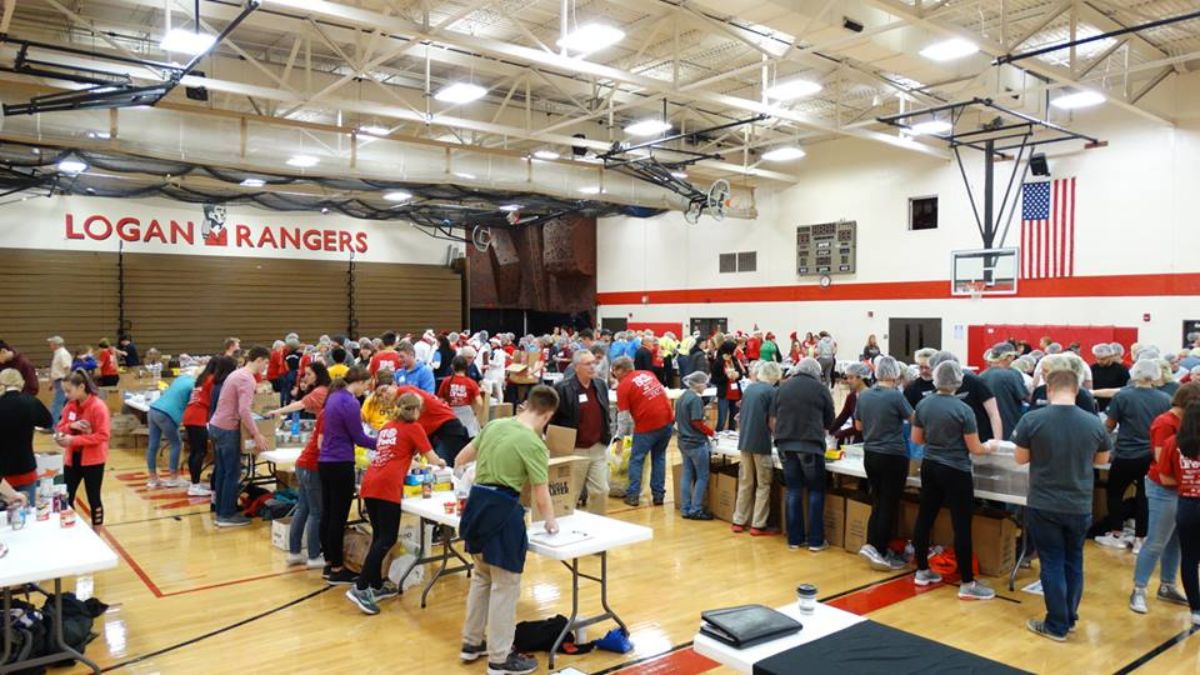 This year, proceeds will, once again, go to the Hunger Task Force of La Crosse — the only food bank between Madison and Rochester, Minn. — and teams will be packing 80,000 meals to be sent to Poland for Ukrainian refugees.

Juniors at Onalaska High, Mary-Catherine Clatworthy and Maddie McKelley, are both members of the Rotary Interact Club, helping to put on the event.

McKelley said Interact is connected with the main Rotary Clubs.

“It’s just a way for teenagers, the younger generations to get involved with their communities and help out how they can,” McKelley said.

Clatworthy said on Halloween there will be volunteers wearing iFeed shirts collecting food during Trick-or-Treat hours.

There are two main components to iFeed: meal packing and food collection.

The second part involves collecting nonperishable food items leading up to iFeed and then bringing the collections to Logan on the day of the event.

The food items are then counted, sorted and trucked to the Hunger Task Force, where it’s distributed to Coulee Region food banks.

Community members can get involved by starting or joining a packing team here.

Another great way to get involved is to organize a food drive this week at your business or with family and friends. Then bring those goods to Logan High on Saturday.

If you’re not able to gather a large amount of food, every little bit helps. Community members are able to drop off personal donations or food or monetary donations at the event on Saturday as well.