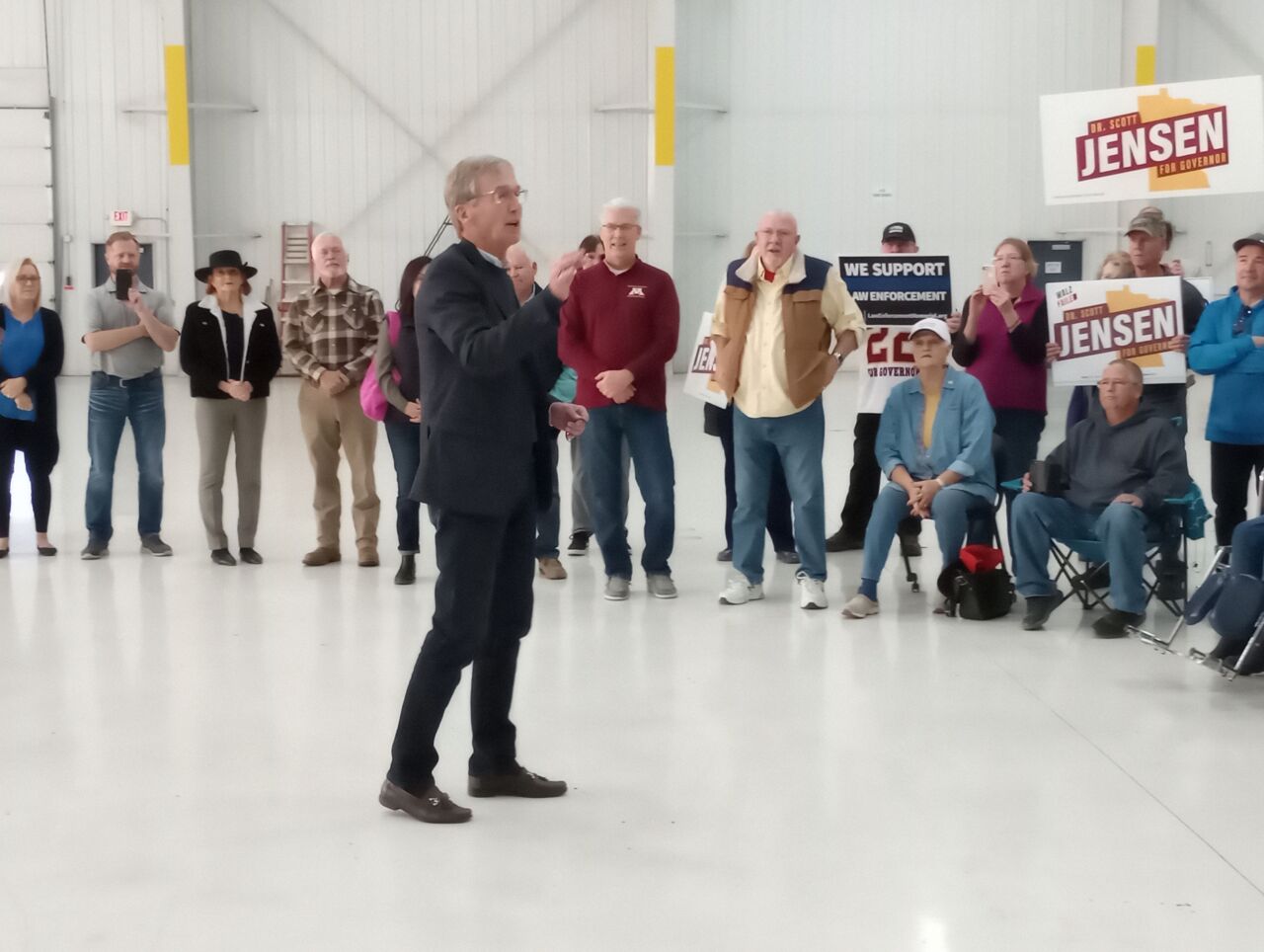 The top two candidates on Minnesota’s Republican ticket made a one day fly around the Gopher State this weekend.

Scott Jensen, running for governor, and running mate, Matt Birk, flew to several Minnesota cities with their wives on Saturday, finishing up their trip in Rochester.

Jensen told reporters there that making several stops in a single day was “energizing.”

“I think that people are engaged in Minnesota,” Jensen said. “They’re worried about Minnesota, they see that Minnesota’s on a path that is not sustainable.”

Birk played football for the Minnesota Vikings for 14 years, before becoming more politically active. He told the Rochester audience that he wasn’t tired, either.

“When we get off the plane and walk through the door and see all of you here, it’s like breath in our lungs, and honey on the soul,” Birk said.

Jensen and Birk also held rallies Saturday in Duluth, Moorhead, and Mankato. And will be, again, flying to airports around the state, including Winona, on Nov. 1.

The fly-around came one day after the last scheduled debate between Jensen and Gov. Tim Walz before the election.

The two debated on public radio Friday — their third and final debate. Jensen thinks people around the state are disappointed that the governor didn’t want more debates.

Jensen characterized Walz as staying in his basement, which Donald Trump often said about Joe Biden in the 2020 presidential race, which came in the midst of a worldwide pandemic.