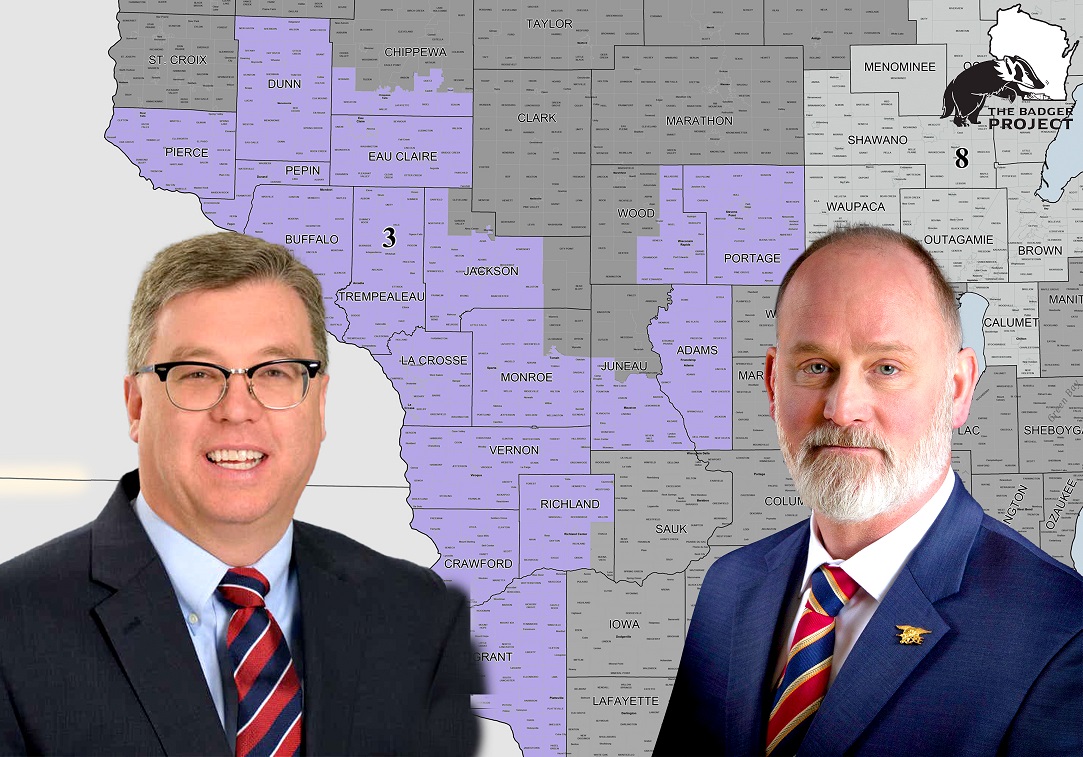 God and politics have crossed paths in Wisconsin’s 3rd District US House race.

While speaking recently at a prayer breakfast in Sparta, Wis., Republican Derrick Van Orden commented on whether someone described as radical or “leftist” can also be a Christian.

According to a recording of the event, Van Orden said, “I’m not casting this wide net across all Democrats, to say that they’re godless people writ large is a foolish statement. There are many God-fearing Christians who are Democrats. There’s not a single God-fearing Christian that is a leftist, because those two things are incompatible.”

The recording of Van Orden was acquired by the campaign of his Democratic opponent, Brad Pfaff, and released to local media.

“I am a God-fearing Christian,” Pfaff said, “and I am also someone that is very grounded in the people here in this district.

“I believe that we need to make sure that we have a political discourse that is respectful of one another,” Pfaff continued.

The Van Orden campaign objected to Pfaff making it an issue.

Appearing with Pfaff at the news conference was retired Lutheran pastor Mark Jolivette of La Crosse.

“Whether it’s the Hebrew scriptures or the Christian scriptures, we’re asked to work for justice, to honor the widow, the orphan, to bring the outsider in,” Jolivette said, “and if that’s called leftist by some people, it doesn’t matter what the title is, we’re called to be involved in that community work.”

Jolivette added that to suggest that people on the left are not Christian is “deeply hurtful.”