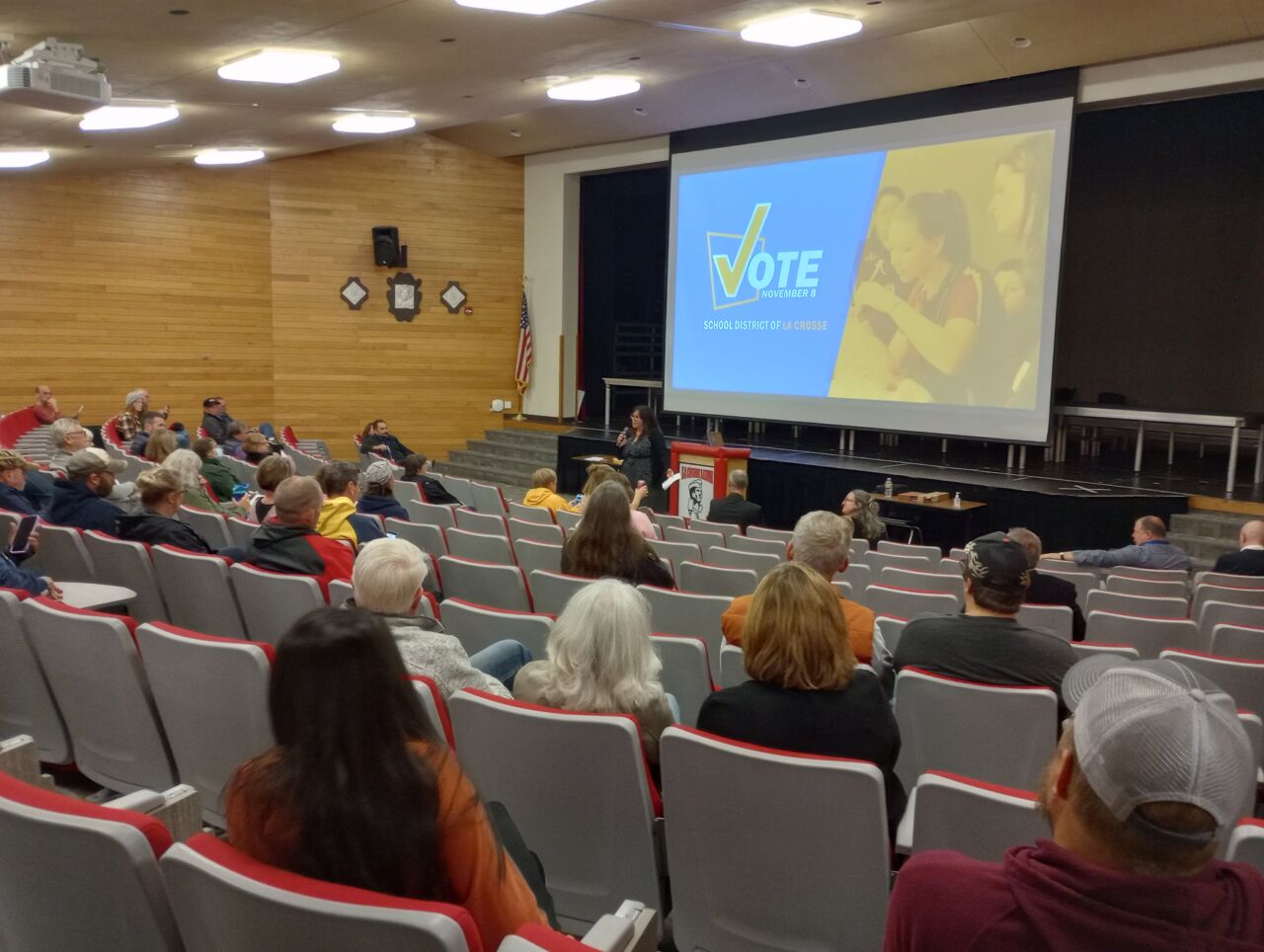 The time to vote has arrived for people in the La Crosse school district, on whether to consolidate the two public high schools at a Trane Company building.

That $194 million plan is now on the ballot, and voters had a final chance to question Superintendent Aaron Engel about the plan at Logan High Wednesday night.

Engel says because of reduced enrollment and a shortfall of revenue, consolidations will be needed whether the referendum passes or not.

“We need to consolidate at all levels, in order to balance our budgets, keep class sizes small, and invest in the great teachers that we have teaching our kids every single day,” Engel told an audience of about 100.

While some in the audience said north-siders weren’t given much of a voice in the future plan, Engel said the referendum is the public’s main chance to speak out.

Wednesday’s session was the 11th and final public meeting on the school plans, in a series that began in August.

Engel said that the current plan to combine Logan and Central will save money, but it won’t solve all of the deficits existing in the school district.

“We’re still missing out on opportunities for kids to get the classes that they want and need, and we don’t have the modern labs that we need to educate them,” said Engel. The superintendent also said that some sports and arts activities at the high schools are being combined now, because neither Central nor Logan has enough students going out for those activities at this time.

Engel says the ballot question to buy a Trane Company building for a high school is the best chance to acquire property needed for one large school.