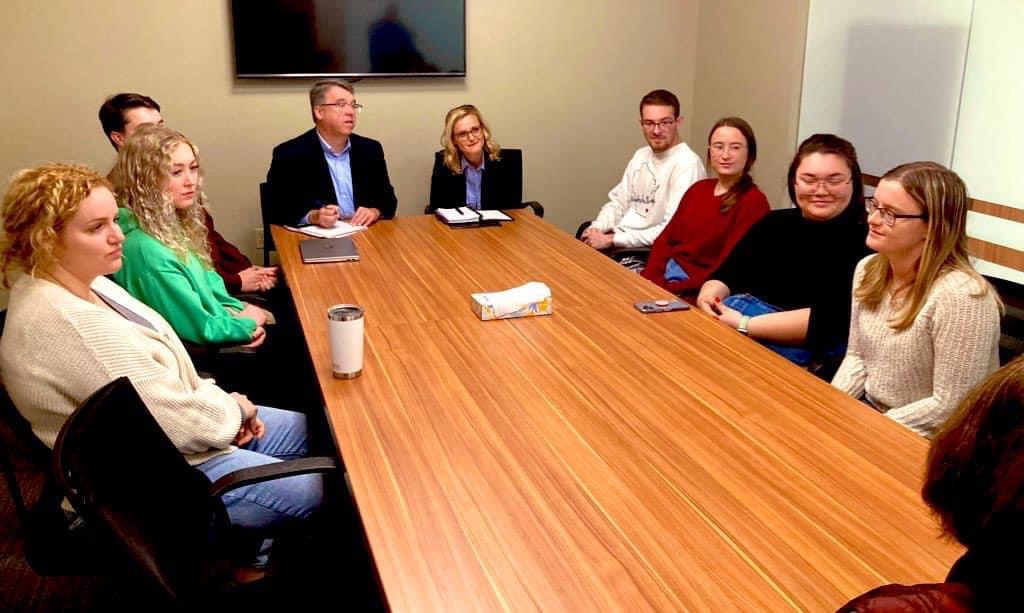 Early voting has begun in Wisconsin for the November 8th election.

Democrats spread out around the state on Tuesday, to make citizens aware of the process for casting a vote before Election Day.

Godlewski, who ran in the U.S. Senate primary this year, said reproductive rights are at stake this fall.

“We’ve got a senator right now who would deny climate change, rather than doing everything to combat it,” she said. “We’ve got a candidate for governor that wants to literally destroy the department of natural resources and give it to corporations. That’s not a future we want to build for our families here in Wisconsin.”

Pfaff said he hopes candidates will be willing to accept results of the voting and will not claim fraud after the elections.

“These county clerks are elected officials,” Pfaff, who also spoke with UW-La Crosse students, said. “Some may be Democrats, others are Republicans, but they have a job to do. They know that the most important job they can do is make sure that our elections are safe and secure, and they’re fair.”

Speaking along with Pfaff and Godlewski in La Crosse was Dr. Juan Jimenez, president of the La Crosse school board, discussing the ease of voting early.

“It’s so simple, because all you need is your photo ID,” Jimenez said. “That’s the beauty of early voting. You can finalize your vote. You can check to make sure you’re registered online. So, please, please, please, get out there and vote.”

Absentee voting rules have undergone changes this election amid a push by conservatives to challenge past practices.