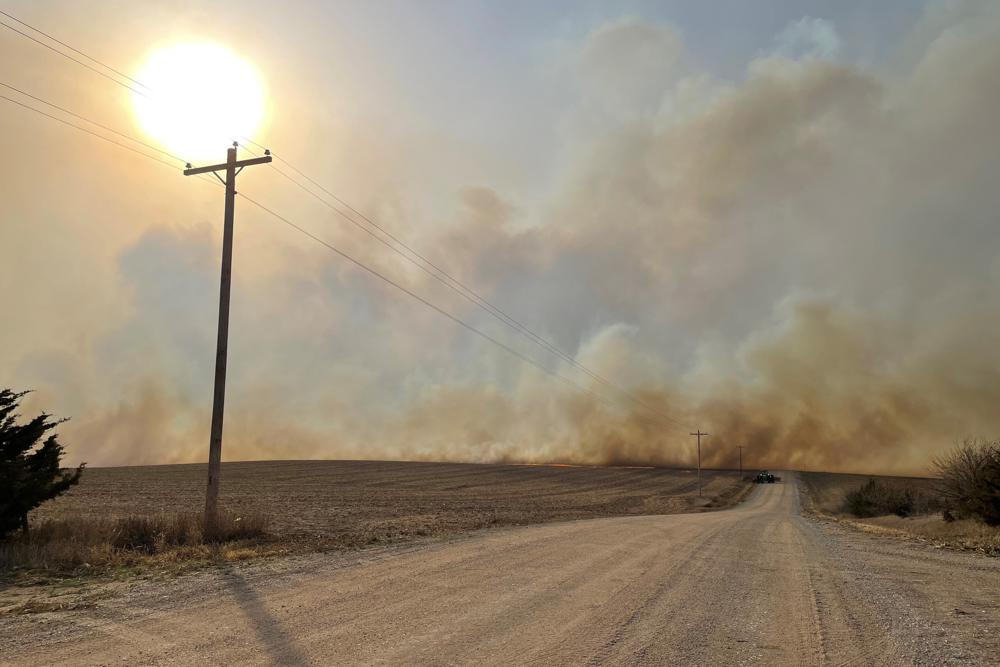 At least two grassland fires were first reported Sunday afternoon south of Lincoln and spread quickly as winds began to pick up and push the fires north, the Lancaster County Sheriff’s Office reported.

The nearly 300 residents of Hallam, about 20 miles (32 kilometers) south of Lincoln, were ordered to evacuate their homes, and rural residents of southern Lancaster County and northern Gage County were urged to evacuate because of the fires.

Officials also asked farmers to turn on irrigation pivots or other water sources to help combat the fires, which were contained by Sunday evening, with the help of rain showers that moved into the area. Officials said three homes and several outbuildings were destroyed in Lancaster County.

Two firefighters also were injured, one seriously. Officials had not released their names or updated their medical conditions by early Monday morning.

In southwestern Lancaster County, residents made plans to move cattle and other valuables to Christopher Smith’s farm south of the fires.

WILDFIRES
Australia to pay ‘whatever it takes’ to fight wildfires
Think 2020’s disasters are wild? Experts see worse in future
Above-ground power lines grow in risk as climate changes
Climate change is more extensive and worse than once thought
“Everybody’s just trying to help out,” Smith said. Meanwhile, one farm’s owner worked to spray down the home’s back porch with water and set up sprinklers in case the fire got close.

Fires near Wisner in northeastern Nebraska and Harrison and Montgomery counties in western Iowa also forced brief evacuations, but there were no reports of injuries or homes damaged there.

Emergency management officials in eastern Nebraska and western Iowa said Monday that officials have not pinpointed the causes of the fires.

Rain moving across the region Monday with a cold front from the north was expected to help lower the risk of fires in the area.