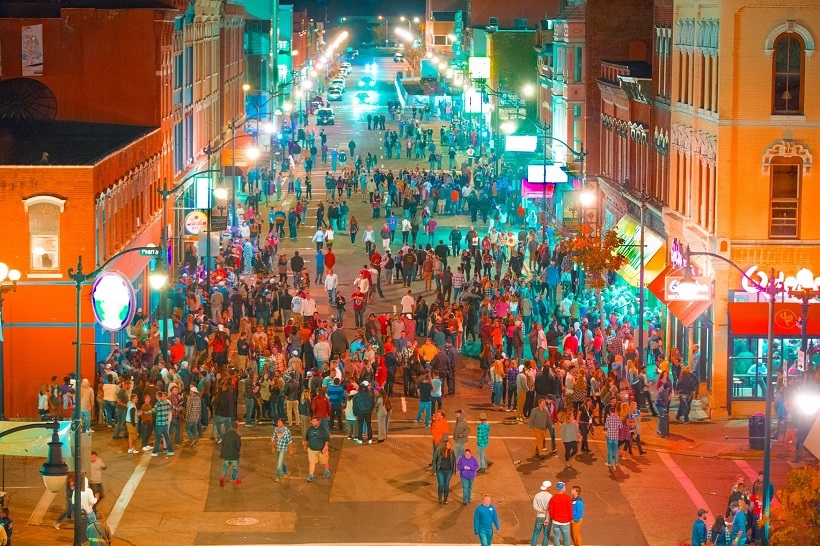 A fundraiser Wednesday to try and expand coverage of cameras in downtown La Crosse.

La Crosse Police right now have access to about 90 cameras, including 11 from private businesses, according to the La Crosse City Vision Foundation.

The design committee with Downtown Main Street Inc. and the City Foundation want to add cameras for better coverage between downtown and the riverfront.

Carolyn Knobloch told WIZM volunteers will be on the corner of 4th and La Crosse streets from 10 a.m. – 4 p.m. Wednesday for a “Fill the Camera Bag” campaign to raise about $50,000 for those cameras.

A decade ago, a double homicide at a Main Street business prompted the city to install dozens of cameras throughout downtown, costing around $500,000.

That was the mindset, ‘What if we had these cameras?'” La Crosse Police Sgt. Brooke Pataska said Monday on La Crosse Talk PM. “Many different high-traffic areas — whether it was foot traffic or vehicle traffic — what could we potentially solve as far as crimes, or what could we deter from?”

Now, downtown is covered by 90 cameras, used in a variety of ways, including when the downtown area is “happening” with people.

“There can be a livestream,” Pataksa said. “For example, on Oktoberfest, or any kind of weekend, evenings, our supervisors are trying to review some of those or look at those livestream, and if they notice that maybe something appears to be escalating — if there’s a certain trouble with party, a bar fight, that kind of stuff — they can actually call officers to those certain areas right away.”

Of those 90 cameras, not all are city owned. The City Vision Foundation says 11 come from private businesses that Pataska says have given La Crosse Police access to viewing.

“Most of them, it’s the exterior cameras, of course — if it’s the alley way or if it’s maybe right in front of their business door,” Pataska said. “And especially if they’re having some concerns or damage recently, that’s when they’ve given us access, as well.”

Some of those cameras police can access immediately without added permission. Others, those businesses have informed police of the cameras, just in case they’re ever needed to review an incident.

Pataska added that police are always seeking more residents and businesses willing to, at least, inform them of cameras they could access, if there were ever a need.