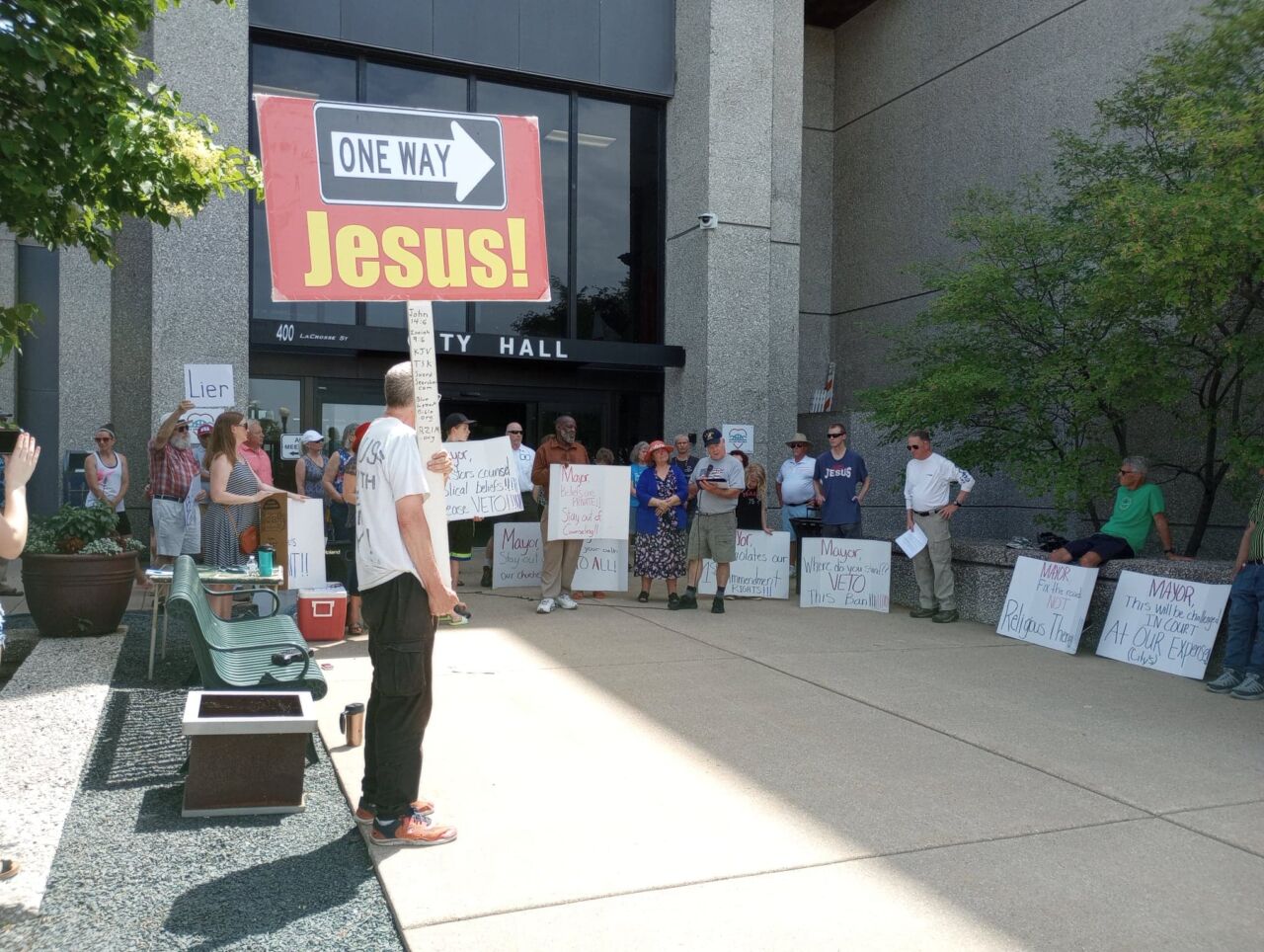 The threat of a lawsuit against La Crosse City Hall is now being carried out.

A conservative Wisconsin group said it has gone to federal court to stop the city from banning conversion therapy, which is intended to change someone’s sexual preference or gender identification.

The Wisconsin Institute for Law and Liberty (WILL) has filed the suit on behalf of Joy Buchman, owner of the Kinsman Redeemer Counseling Center in La Crosse. She says the city’s action violates freedom of speech.

Families supporting conversion therapy argue that city leaders cannot tell them how to raise their kids.

WILL wants the court to declare that the city cannot prohibit free speech on sex and gender issues, calling it “big-government bullying.”

The ban on conversion therapy was passed by the council this summer, and reaffirmed in September.

The lawsuit can be seen by clicking here.