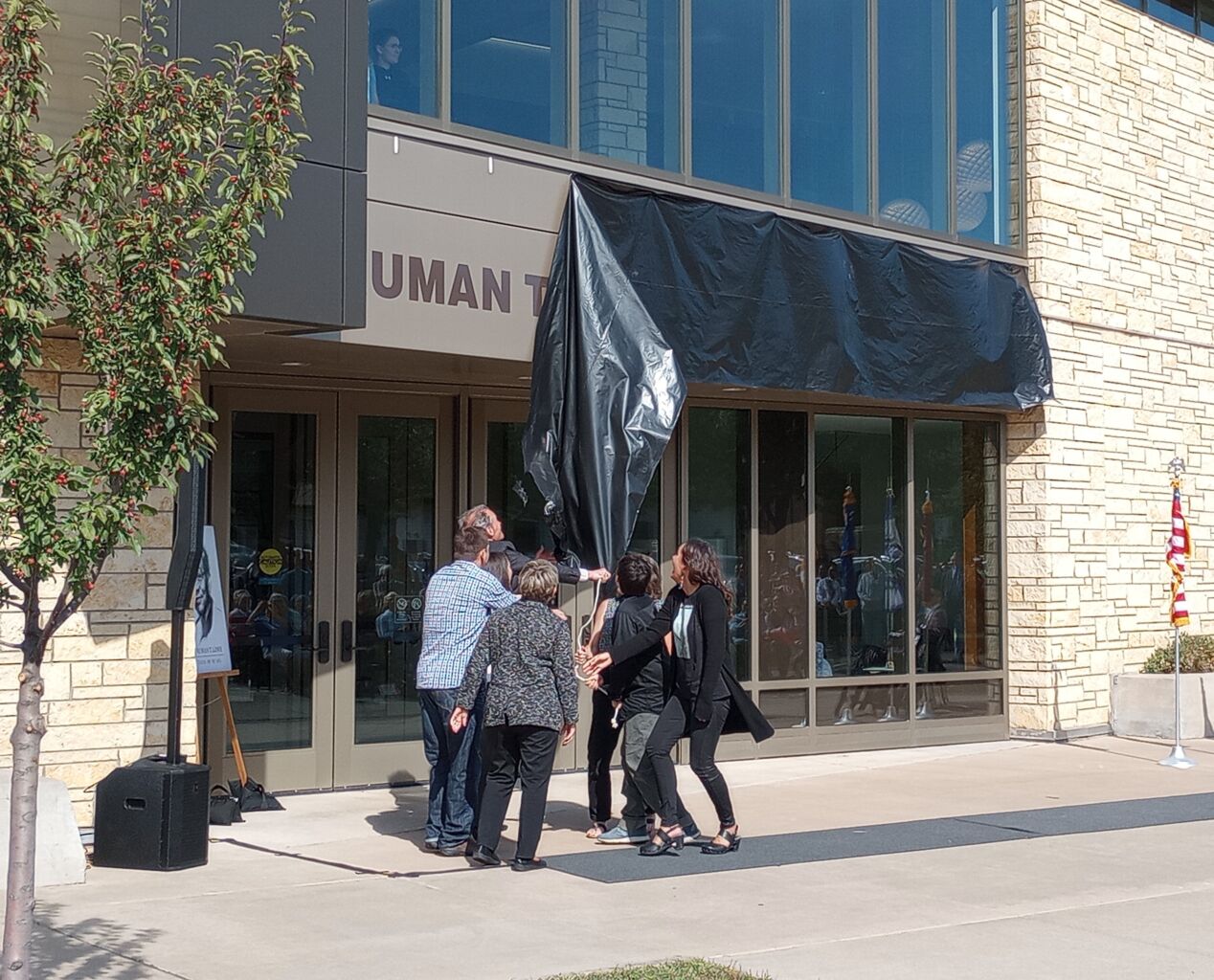 The name of Truman Lowe is unveiled at the UW-La Crosse Center for the Arts on Monday, Oct. 3, 2022. (PHOTO: Brad Williams)

It started as the Fine Arts Building at UW-La Crosse in the 1970s, and then became the Center for the Arts.

Now, the home of music, theater and art programs on campus bears the name of the late sculptor Truman Lowe, a 1969 graduate of the university.

“Truman was raised in the Ho-Chunk community near Black River Falls,” Gow said. “He made art that honors his heritage, and the woodland environment of this region.”

He wasn’t just a sculptor, however. Lowe taught art at UW-Madison for 35 years.

Members of the Lowe family took part in the event, including Truman’s daughter Tonia Lowe, who says her father returned to the La Crosse campus often.

“This is part of the magic of having this building named after him, which is representation matters,” said Tonia, who lives in the San Francisco area. “If you’re a native student coming onto campus, and you see that the Center of the Arts is named after a Ho-Chunk artist and educator, I think the university is basically saying, we see you, and we believe in you.”

During the ceremony, UW-L 2018 graduate Ryan Crain, also from a Ho-Chunk family, said putting Lowe’s name above the arts center door is historic. He hopes every student who comes to UW-L feels as inspired as he does by the building naming.

The dedication of the Truman Lowe Center for the Arts included the announcement of a Lowe scholarship for Native American students, starting a year from now.

The building, which opened in 1974, has a recital hall named after music teacher Thomas Annett, and the main theater is named in honor of long-time theater professor Marie Park Toland.