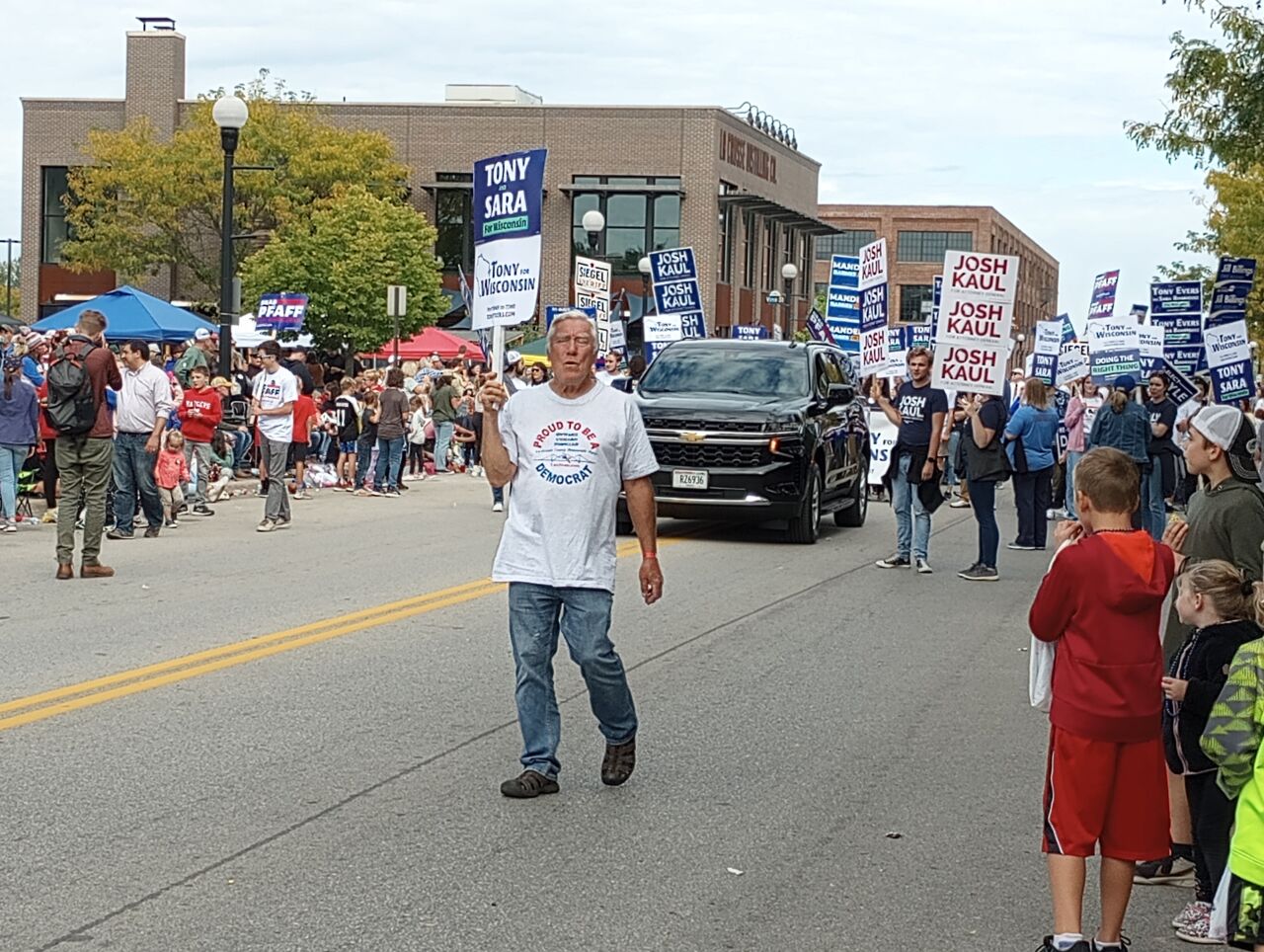 Both major candidates for governor in Wisconsin were at the Maple Leaf parade Saturday in La Crosse.

Democratic Gov. Tony Evers was back in town, just two days after visiting the UW-La Crosse campus. The governor said he likes Oktoberfest.

“It’s always a good time meeting people,” Evers said Saturday morning, while waiting for the parade to start. “Hanging around as long as I can.”

Republican challenger Tim Michels also walked in the parade. He agreed with Evers on one thing — they both enjoy Oktoberfest.

“There’s a thousand places we could be in Wisconsin,” Michels told reporters after he walked the parade route. “There is nowhere I’d rather be than right here, at the Oktoberfest parade in La Crosse. This is always so much fun, the crowd is so enthusiastic

Michels added that the people who spoke with him along the parade route say they’re ready for a change after four years of Evers in the governor’s office.

“The number one reaction I get when I’m out on the parade route was, Tim, thank you for running, I’m so ready for a change,” Michels said.

Evers and Michels appeared in the Maple Leaf parade with candidates of their respective parties — some distance apart on the route.

It was the biggest event in La Crosse for Michels since he won the GOP primary in August. He is now emphasizing education, cutting down on crime and improving the economy.

Michels and Evers are scheduled to meet in just one televised debate, happening Oct. 14.