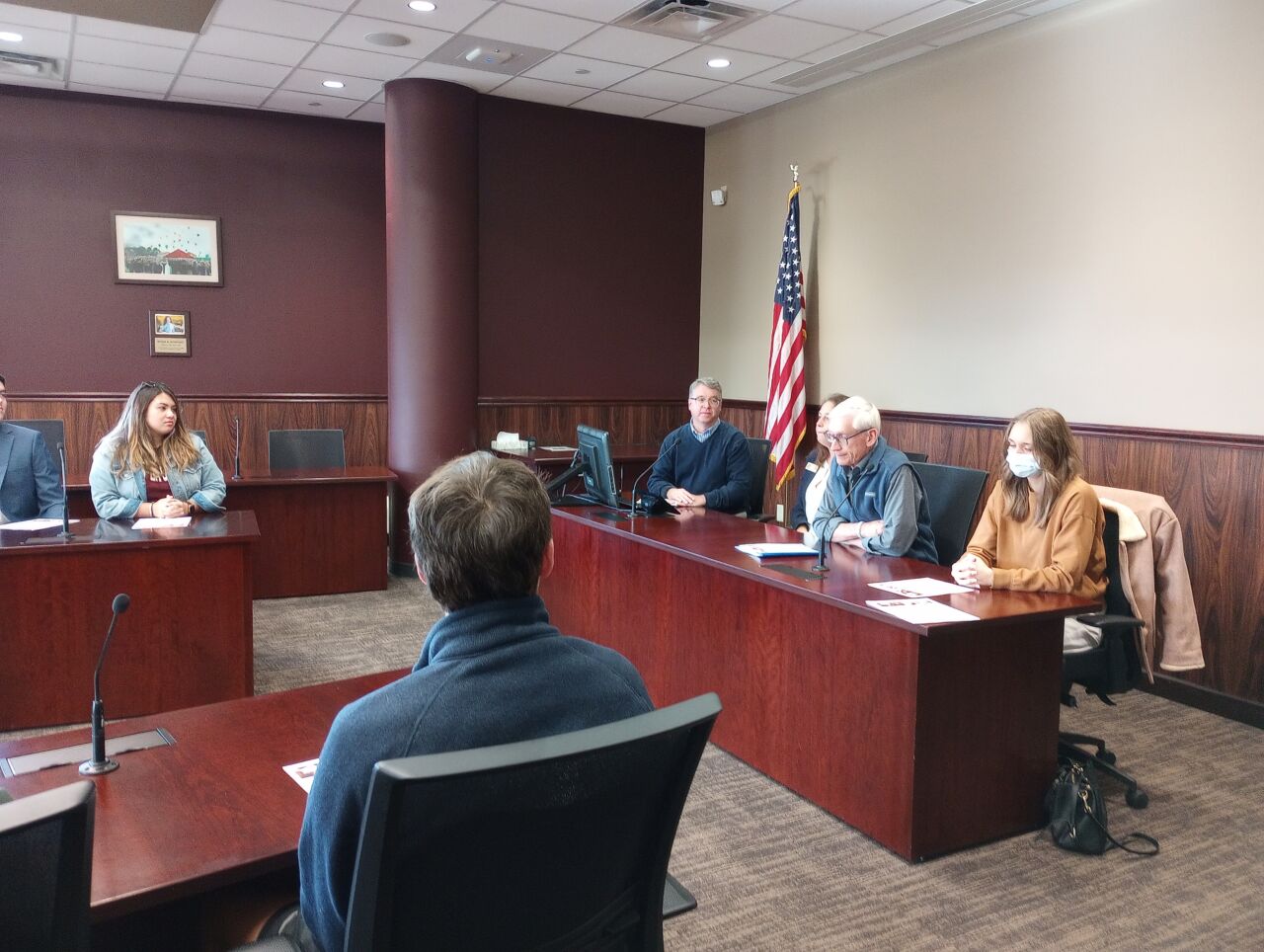 Wisconsin’s governor wants to get college-age voters “fired up” to go to the polls this fall.

Gov. Tony Evers took part in a roundtable discussion with about two dozen UW-La Crosse students on Thursday morning, at the student union on campus. Area legislators, Sen. Brad Pfaff and Rep. Jill Billings and Evers all responded to questions.

Evers said it’s important for college students to vote, especially on issues that concern them, such as reproductive rights and other issues that are very divisive.

“You either are wanting to have women have the ability to make those decisions, or you don’t,” Evers said, “and so that’s why there are some times, it’s either-or and there’s not much in-between, and that’s another reason we have to get people out to vote, to make sure that they have a voice in that decision.”

Evers added that consensus-building in politics has become “a four-letter word.”

For much of this election year, Evers has been criticized by opponents as a failure on education issues, even though he had a career as a teacher and school administrator.

A WIZM story posted Thursday stated test scores for Wisconsin grade school students are showing declines since the coronavirus pandemic, though there were signs of progress in the last school year.

Republican candidate for governor Tim Michels cites those low test scores to back his claim that Evers has “driven Wisconsin schools into a ditch.”

Evers, however, seems to be taking the attacks on him in stride and said the criticisms are unfair to working teachers.

“I’ve always trusted, and I still do, that interaction between teachers and parents and school board members, that’s how good policy is made,” said Evers, “and when other outside groups come in and say, no, you do it this way, teachers say they feel disrespected. And I think they are.”

Evers also was scheduled to visit the UW campuses in Whitewater and Green Bay on Thursday.