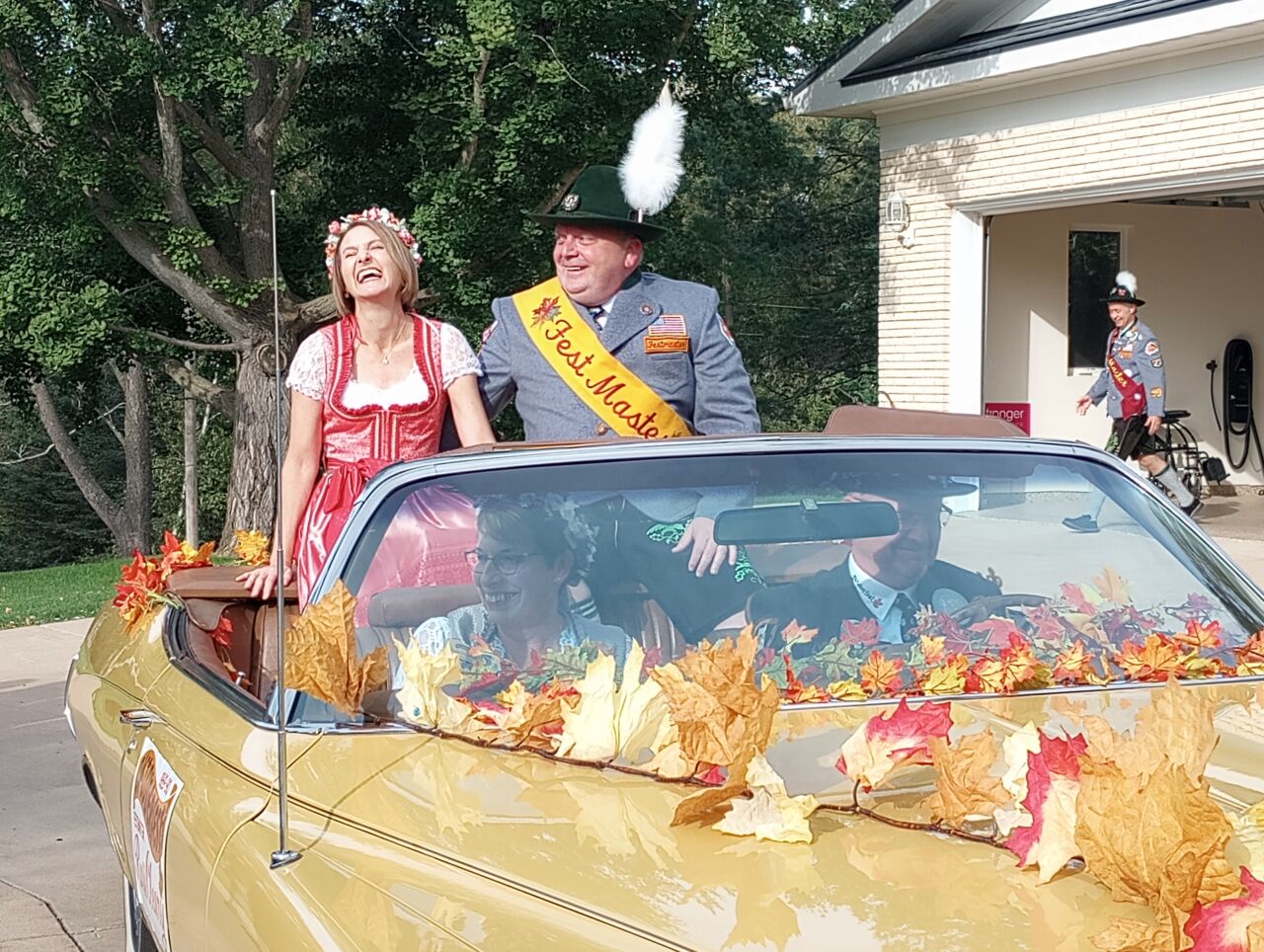 The cat is out of the bag – an Onalaska couple that works with cats, dogs and other animals will lead the 2022 Oktoberfest.

Local veterinarians Doug and Kim Kratt made their public debut at the La Crosse Center as Festmaster and Frau on Wednesday night at the Festmaster’s Ball, though reporters got to meet them earlier in the week.

“And then they said, we have one more (button) that we need to do, and it was supposed to be for this year’s festival,” Doug said, “and what they did is they drew our picture on it.”

The Kratts were welcomed earlier this week by fest officials during a private event at the Gail Cleary residence.

They made their entrance in a convertible owned by the Cleary family, with a distinctive car horn, playing the classic commercial jingle for Old Style beer.

Gail’s late husband Russ Cleary, and her father Roy Kumm, both ran the Heileman Brewery and were both Festmasters. Gail’s daughter, Sandra, is this year’s Mrs. Oktoberfest.

Doug and Kim have been volunteers with Oktoberfest for many years. They’re looking forward to this week’s events, and the travels they’ll make to other festivals in the coming year.

The first official day of Oktoberfest begins with the senior breakfast, and builds up to the Torchlight Parade Thursday night on the north side of La Crosse.