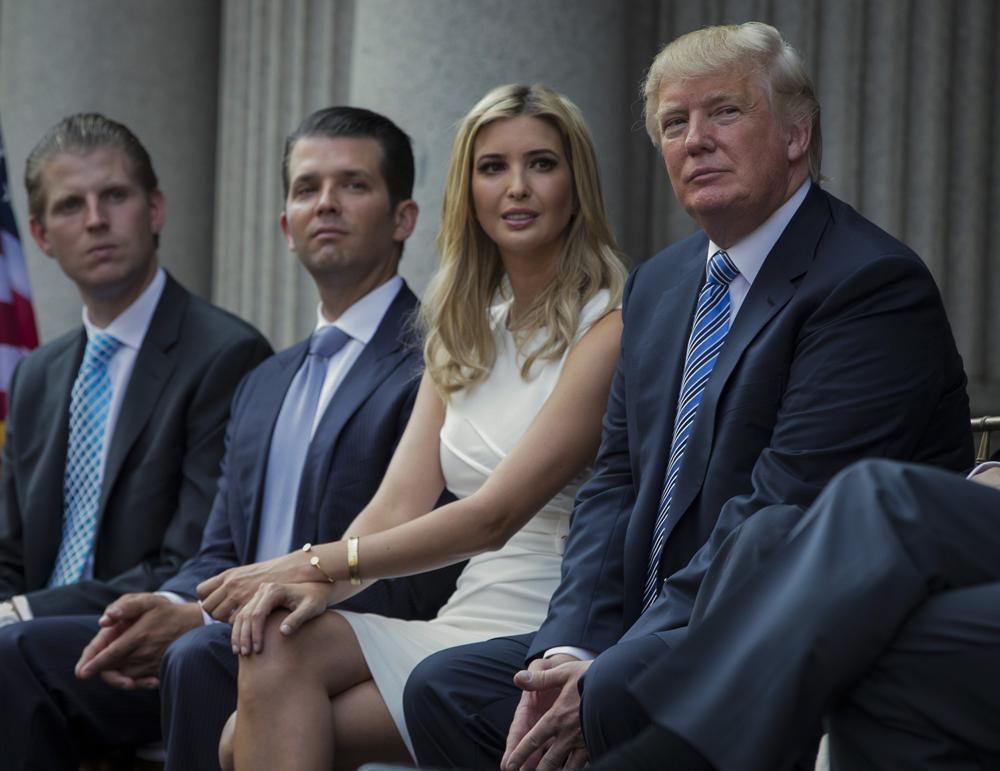 So why isn’t Trump being prosecuted?

Attorney General Letitia James didn’t seek to slap handcuffs on the Republican this week, as some of his critics hoped. Instead, she announced a civil lawsuit seeking $250 million and his permanent banishment from doing business in the state.

Like many things involving the law and Trump, the reasons James, a Democrat, opted for a lawsuit rather than a prosecution are complicated.

For one, even if she did want to prosecute Trump, she doesn’t have jurisdiction under state law to bring a criminal case against him or any of the lawsuit’s other defendants, including the Trump Organization and his three eldest children, Donald Jr., Ivanka and Eric Trump.

In New York, the state attorney general’s office is only allowed to prosecute a limited range of offenses on its own, like bid rigging and payroll violations.

Otherwise, the office must partner with a county district attorney on a prosecution — as James’ office did with the Manhattan district attorney’s office in a case against Trump’s longtime finance chief — or obtain what’s known as a criminal referral from the governor or a state agency that has jurisdiction over the alleged wrongdoing.

Even then, mounting a criminal fraud case is far more challenging than a civil lawsuit.

In a criminal case, prosecutors would have to prove beyond a reasonable doubt that Trump intended to commit a crime. In the lawsuit — if it goes to trial — jurors would only need to be persuaded it was more likely than not that wrongdoing occurred.

Filing a civil lawsuit while letting others sort out potential criminal violations is a sound strategy, legal experts said, allowing James to seek remedies other than prison time.

It allows the attorney general to avoid the kind of internal debate about criminal charges that fractured the Manhattan district attorney’s parallel investigation into Trump earlier this year.

No former U.S. president has ever been charged with a crime.

The prospect of Trump, 76, behind bars as a result of a criminal prosecution could give juries pause, make judges more careful and make winning more difficult, said University of Richmond law professor Carl Tobias.

“Even for Trump, people don’t like him, but do they want to put him away?” Tobias said. “What would it take? What kind of punishment would be appropriate? So it’s just all around more difficult.”

A civil case, given its lower burden of proof standard, is “a lot easier to assemble … and probably win,” Tobias said.

Trump, a Republican who’s laying the groundwork for another presidential run in 2024, has derided James as “a fraud who campaigned on a ‘get Trump’ platform.’”

In an interview Wednesday night with Fox News Channel’s Sean Hannity, Trump suggested that his company had protected itself against possible fraud allegations by warning banks and potential business partners not to trust the information in its financial disclosures.

“We have a disclaimer right on the front,” Trump said. ”‘You’re at your own risk.’ … ‘Be careful because it may not be accurate. It may be way off.’ … ‘Get your own people. Use your own appraisers. Use your own lawyers. Don’t rely on us.’”

James said at a news conference Wednesday that her office was referring its findings to the U.S. attorney’s office in Manhattan and the Internal Revenue Service, and would share evidence of possible state law violations with the Manhattan district attorney’s office, if requested.

The U.S. attorney’s office in Manhattan said it was aware of James’ referral of potential criminal violations, but otherwise declined comment. The Internal Revenue Service’s criminal investigation division said it “doesn’t confirm the existence of investigations until court documents are publicly available.”

The former prosecutor who had been leading Bragg’s investigation, Mark Pomerantz, resigned in February because he felt the office should be moving more quickly to bring criminal charges against Trump.

In a resignation letter, Pomerantz wrote that he believes the former president is “guilty of numerous felony violations.”

He said he had told Bragg there was “evidence sufficient to establish Mr. Trump’s guilt beyond a reasonable doubt” of many of the same allegations that now appear in James’ lawsuit — including that Trump falsified financial statements to secure loans and burnish his image as a wealthy businessman.

If there’s no settlement agreement, James’ lawsuit against Trump could take years to play out and might not be resolved before the 2024 presidential election.

A fraud lawsuit James filed against the National Rifle Association recently entered its third year, slowed by legal wrangling and the powerful gun advocacy group’s attempts to get the case thrown out. No trial date has been set.

Drawn out legal proceedings could hurt Trump’s business by making lenders and potential partners reluctant to cut deals. But, if history is any guide, it’s not likely to be a crushing blow. Against the odds, and despite no shortage of legal battles in recent years, the company has been able to get new loans and raise money.

In February, the Trump Organization got a $100 million from a California bank to refinance commercial and retail space in its Trump Tower headquarters. That deal was struck just three days after Trump’s long-time accountants, Mazurs, disavowed a decade of financial statements it had helped prepare — a serious blow to his business reputation.

That big loan also came after the Trump Organization had already been indicted on fraud charges by the Manhattan district attorney’s office for allegedly helping executives evade taxes. That case is scheduled to go to trial next month.

Another recent victory for Trump as his legal troubles mount: Selling his Washington D.C. hotel for $375 million, far more than expected.

Several lending experts said the new loan show why much of Trump’s business is insulated from his political and legal storms: What matters most in real estate is the cash thrown off by rent and the collateral of the buildings — not the reputation of the owner.

Bernard Condon is an AP investigative reporter for breaking news. Email him here