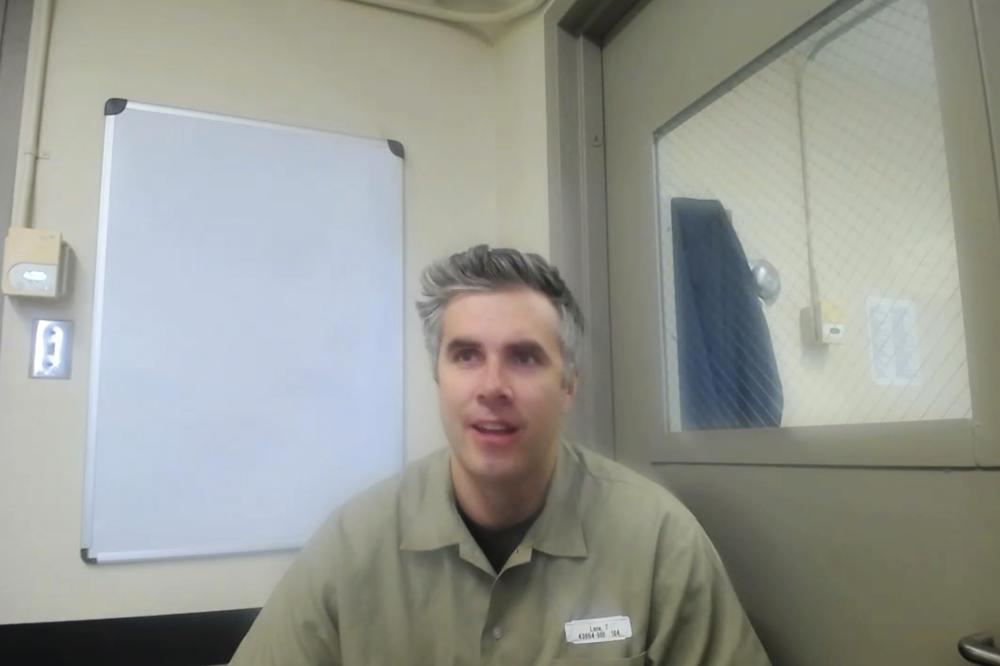 MINNEAPOLIS (AP) — A former Minneapolis police officer who was sentenced Wednesday to three years in prison for aiding and abetting manslaughter in the killing of George Floyd became angry when he erroneously thought he might have to register as a predatory offender, saying his role was “minimal” when compared with Derek Chauvin’s.

“I gotta register as a predatory offender? What the (expletive) is that?” Thomas Lane, who pleaded guilty earlier this year to aiding and abetting second-degree manslaughter, said after his sentencing hearing. The hearing was held remotely via video, and Lane made the comment after the judge ended the proceeding, but before the video session ended. Lane added: “That’s what Chauvin has to do. If I have a minimal role, why the (expletive) do I have to do that?”

Lane’s remarks were in response to the judge’s instruction for Lane to register as a predatory offender “if required by law” — something legal experts told The Associated Press is fairly standard language in Minnesota criminal cases, but that neither Lane nor Chauvin would be required to do. Lane’s attorney, Earl Gray, told his client he would look into the matter.

Floyd, 46, died in May 2020 after Chauvin, who is white, pinned him to the ground with a knee on Floyd’s neck as the Black man repeatedly said he couldn’t breathe. Lane, who is white, held down Floyd’s legs. J. Alexander Kueng, who is Black, knelt on Floyd’s back, and Tou Thao, who is Hmong American, kept bystanders from intervening during the 9 1/2-minute restraint.

The killing, captured on bystander video, sparked protests as part of a worldwide reckoning over racial injustice.

Lane is already serving a 2 1/2-year federal sentence after being convicted this year of violating Floyd’s civil rights, and he appeared at Wednesday’s hearing via video from the low-security federal prison camp in Littleton, Colorado.

As part of his plea agreement in the state case, prosecutors dropped a more serious count of aiding and abetting second-degree unintentional murder. They also said they would seek a sentence of three years and that he could serve it at the same time as the federal one, and in federal custody. That state sentence is below the sentencing guidelines that range between 41 and 57 months.

Prosecutor Matt Frank said Wednesday that a lower sentence was appropriate because Lane played a “somewhat less culpable role” in Floyd’s death, adding, “there were moments when Mr. Lane tried to change what was going on that day.”

Lane had tried to deescalate the situation and had suggested that the restraint of Floyd could be handled differently, Frank said. Evidence from other trials and court documents shows that Lane twice asked if Floyd should be rolled onto his side to ensure he could breathe. Still, Frank said, these steps “do not relieve him of all responsibility.”

When Lane pleaded guilty in May, he admitted that he intentionally helped restrain Floyd in a way that he knew created an unreasonable risk and caused his death. He admitted that he heard Floyd say he couldn’t breathe, knew Floyd fell silent, had no pulse and appeared to have lost consciousness.

In accepting the plea deal on Wednesday, Judge Peter Cahill told Lane, “I think it was a very wise decision for you to accept responsibility and move on with your life.” Cahill also acknowledged that the Floyd family has not been able to move on with theirs.

Floyd’s family said in a statement to the court, which was read by Frank, that the pain of Floyd’s death will never go away.

“Talk about move on? Wow. Really? Me and my family would love to move on, but there’s just not a lot of accountability,” the statement said, adding: “We will always show up for George Floyd, but never move on.”

Minnesota sentencing guidelines were created to establish consistent sentences that are neutral without considering factors such as race or gender. The guidelines say that even though they are advisory, presumptive sentences “are deemed appropriate” and judges should depart from them only when “substantial and compelling circumstances can be identified and articulated.”

With the state and federal sentences being served at the same time, Lane is likely to spend a total of roughly two years behind bars.

Under Minnesota rules, it’s presumed that a defendant with good behavior will serve two-thirds of the penalty in prison, which is two years for Lane, minus credit for time served. If he gets credit for good behavior on his federal sentence, he’ll likely end up serving just over two years in custody for that conviction. He reported to the federal prison in Colorado on Aug. 30.

Chauvin was convicted of murder and manslaughter and was given a 22 1/2-year state sentence in 2021 — a sentence that went above the state guidelines. He also pleaded guilty to a federal count of violating Floyd’s civil rights and was sentenced to 21 years on the federal charge. He is serving the sentences concurrently at the Federal Correctional Institution in Tucson, Arizona.

Kueng and Thao were also convicted on federal civil rights charges and were sentenced to three and 3 1/2 years respectively. They are scheduled to go to trial on state charges of aiding and abetting murder and manslaughter in October.