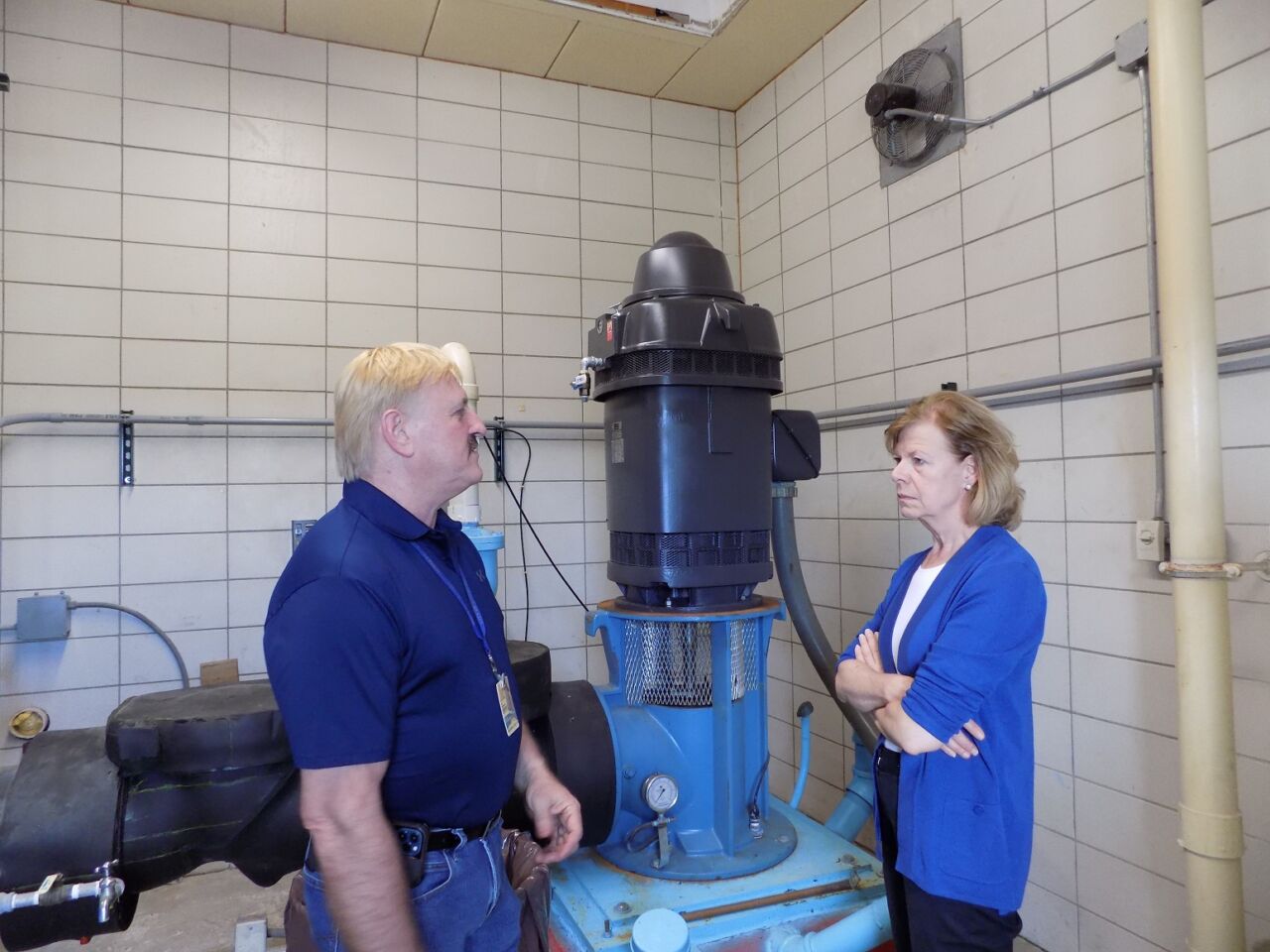 FILE - On May 13, 2022, US Sen. Tammy Baldwin of Wisconsin speaks with Lee Anderson, water utility superintendent for the city of La Crosse, at Well 23 on French Island, over the PFAS situation that's been ongoing for well over a year.

MADISON, Wis. (AP) — Democratic Gov. Tony Evers’ administration is trying again to limit the levels of a group of chemicals known as PFAS in Wisconsin’s groundwater.

The rule-making process typically takes at least two years. Final rules are subject to approval by the governor, the Natural Resources Board and the Legislature.

The board adopted the surface water and drinking water standards but killed the groundwater standard amid concerns that the cost of drilling new wells and installing treatment systems could cost wastewater plants and paper mills millions of dollars.

Republicans who control the Legislature allowed the drinking and surface water standards to go into effect in June.